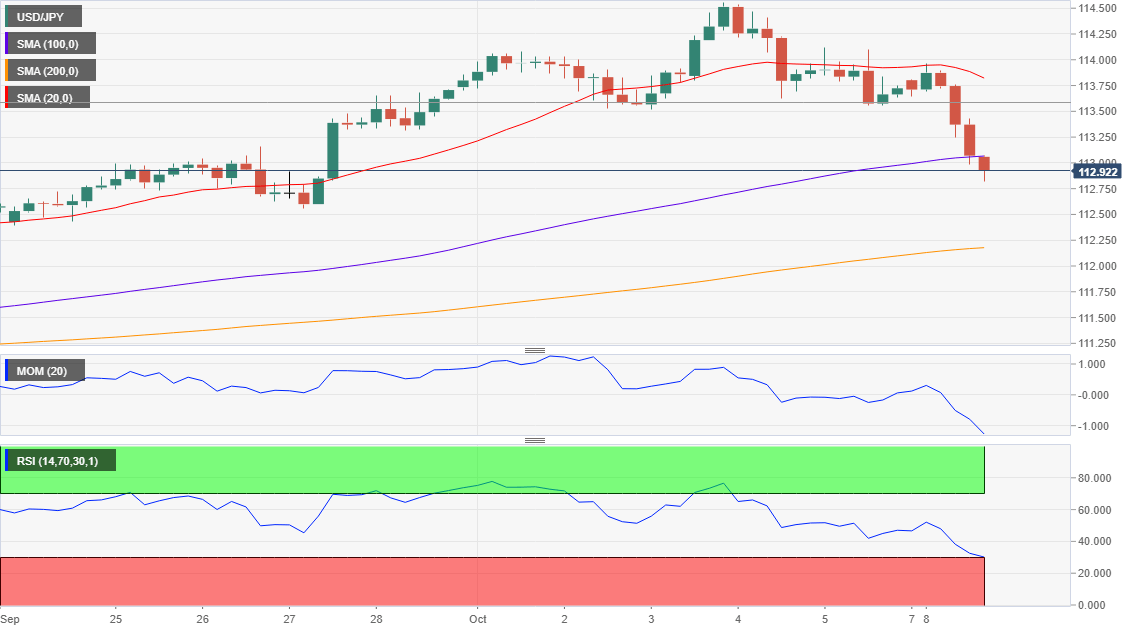 The Japanese currency benefited the most from the risk-averse environment that dominated the financial markets this Monday, with the USD/JPY pair falling below the 113.00 level to 112.81, its lowest for this October. Both countries were on holidays, with the US bond market close but Wall Street operating as usual, with the decline there dragging the pair lower. The risk sentiment was triggered not only by Italian jitters, but also by headlines coming from China, as the PBoC announced Sunday that it will cut the RRR by 100 basis points for some local lenders starting next week, a movement that frees 1.2 trillion Yuan in cash, aimed to boost the Chinese economy, with headlines later in the day indicating that the US is concerned about Chinese currency depreciation. Japan will release its August trade balance data expected to show a huge deficit, forecasted at ¥-208B vs. the previous ¥-1B, and the Eco Watchers Survey on business outlook, forecasted at 50.8 in September from the previous 51.4 reading.

The 4 hours chart for the pair shows that it broke below its 100 SMA, below the indicator for the first time since September 10. The Momentum indicator in the mentioned chart has bounced modestly from oversold levels, but the RSI continues heading lower, currently at around 27, keeping the risk skewed to the downside. The movement remains corrective according to technical readings in bigger time frames, but that doesn't deny the possibility of a downward extension toward 112.00 if the pair doesn't recover quickly back above the 113.00 mark.