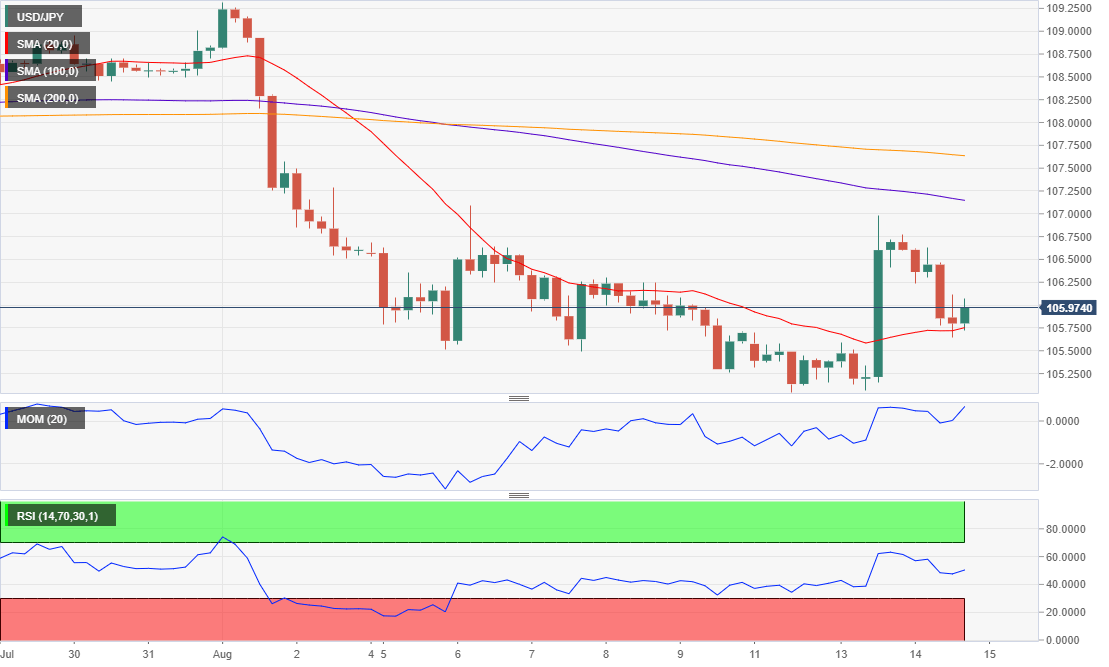 The USD/JPY pair trimmed most of its Tuesday’s gains and lost the 106.00 level, settling at around 105.90 by the end of the American session. The pair retreated at the beginning of the day on the back of softer-than-anticipated Chinese data, denting the market’s mood. Japanese figures, on the other hand, came in better-than-expected, as Machinery Orders rose in June by 13.9% largely surpassing the market’s forecast of a 1.3% decline. When compared to a year earlier, orders were up by 12.5%. Collapsing government bond yields, however, was the biggest catalyst that boosted demand for the yen during US trading hours, amid renewed fears of a US recession.  The Japanese macroeconomic calendar includes June Industrial Production and Capacity Utilization this Thursday.

The USD/JPY pair recovered from a daily low of 105.64 but remains below 106.00 ahead of the Asian opening, hovering around 105.90. In the 4 hours chart, the decline stalled just above a now directionless 20 SMA, while technical indicators neared neutral levels from where they are currently bouncing. Despite the ongoing risk aversion, the pair is not giving signs of a bearish extension, at the time being, although chances of a recovery in the current scenario are quite unlikely. The daily low was set at 105.64, providing an immediate short-term support, and a break below it will likely result in additional slides toward the 105.00 figure.

The market mood remains cautiously optimistic in what seems like the "calm before the storm." The safe-haven dollar and yen losing some ground ahead of a packed day that is all related to the coronavirus pandemic. The disease has infected nearly 1.5 million people and taken the lives of nearly 89,000.