Americans have complained a great deal recently about soaring prices, but so far they haven’t cut back on spending to conserve income.

Durable Goods Orders for October are expected to rise 0.2% after September’s 0.3% decline, confirming that purchases of big-ticket items in October followed the overall Retails Sales lead higher. Goods Orders outside of the transportation sector are forecast to increase 0.3%, following a 0.5% gain the prior month. Non-Defense Capital Goods Orders, the business investment proxy, is predicted to add 0.6%, subsequent to a 0.8% increase in September. Durable Goods Orders excluding procurement by the Defense Department fell 1.9% in September.

Overall Retail Sales rose 1.7%, more than doubling September’s 0.8% increase and better than the 1.4% forecast. Sales excluding automobiles climbed 1.7%, also more than twice the September increase of 0.7%. The prediction was for 1%.

Control Group Sales, the category that replicates the consumption component of the gross domestic product (GDP) calculation, rose 1.6% on a 0.9% estimate and the 0.5% previous month's gain.

October capped three months of consumer performance that far-outstripped analysts expectations. For August, September and October the combined forecast for Retail Sales was 0.4%. Sales increased a total of 3.4% for the three months. In Control Grouping the actual was almost four times the prediction, 4.7% vs. 1.2%.

The surprising resilience of the US consumer should be confirmed when orders for big-ticket items are released on Wednesday.

Inflation has been a major reason economists have underestimated consumption for the last three months.

The Consumer Price Index, (CPI) has an average annual gain of 5.63% for August, September and October, culminating with the 6.2% jump that was the largest increase in 30 years. The average for the last six months is only slightly less at 5.45%.

Wages did not keep pace with inflation for those months. Average Hourly Earnings (AHE) averaged a 4.5% annual increase per month, CPI measured 5.63%. Consumers lost 1.13% in purchasing power each month, 3.39% in total. Monthly annual earnings have not been higher than inflation since March.

When confronted with such large and unavoidable losses in purchasing power, where most of the price increases are in necessities, food, shelter and gasoline, the natural impulse for families is to cut back and conserve.

Americans did not do so. Two reasons are probable. First, though inflation has soared, it is a recent phenomenon. Less than a year ago, CPI was 1.4%. Consumers’ inflation expectations have increased but for the moment families are using savings to compensate for the lost income. Second, the job market remains red-hot with far more positions on offer than workers. Individuals who want employment or to change their employer have no trouble finding a new spot.

Treasury rates and the US dollar have improved substantially since the November 10 release of CPI convinced markets that the Fed’s bond taper would extend straight through to June with a fed funds rate increase soon thereafter. 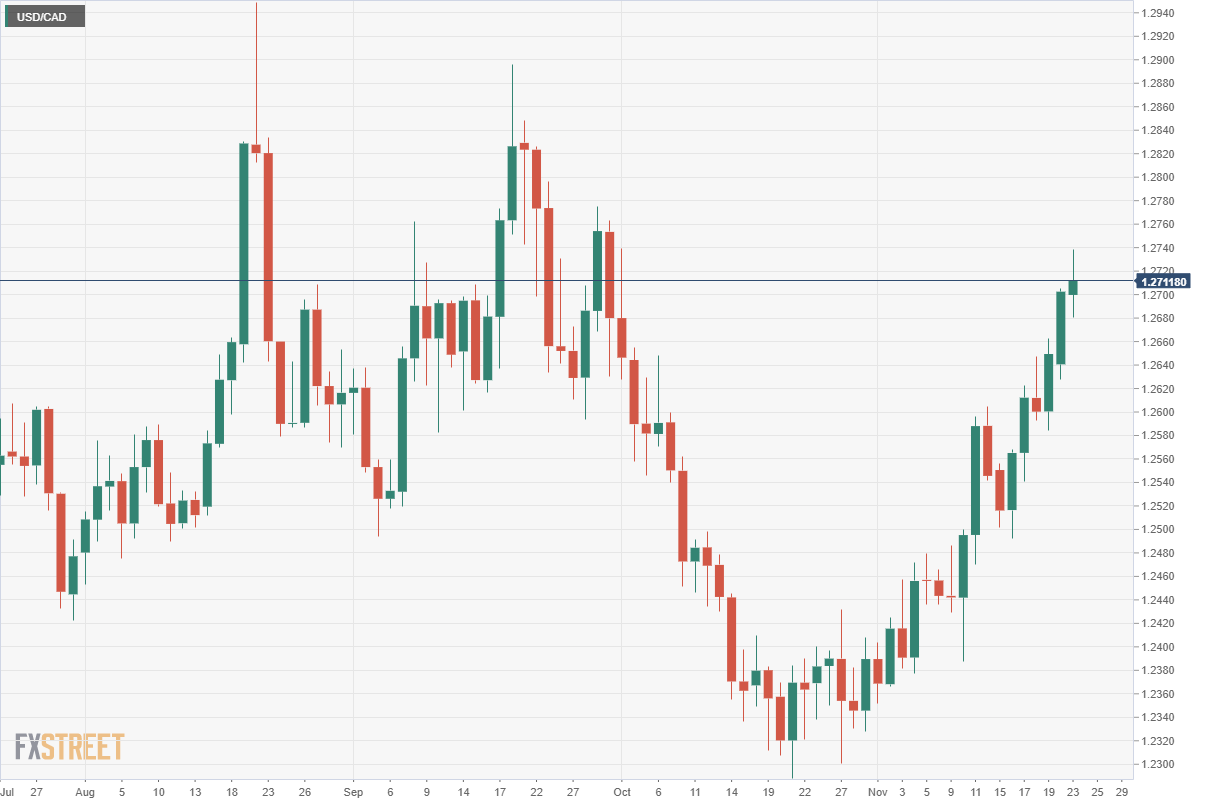 The Fed’s intention to end its pandemic emergency support is dependent on the economy’s continued success. The lingering drag of the lockdowns and the current supply chain and labor market shortages are manageable as long as domestic consumption remains strong.

The consumer is the essential factor. As long as US families continue to spend, the economy can breast the economic tides. Without strong consumption, the economy and the Fed’s monetary policy would quickly be at sea.

Retail Sales have already set the trajectory for the consumer economy. Durable Goods will likely confirm that course, providing extra support for Treasury yields and the dollar. Even if goods orders are weaker than expected, the ex-autos number should be watched as the overall statistics may be affected by the scarcity of new cars, the impact on markets will be minimal. Traders have their cues from the Retail Sales numbers.