The Australian dollar was little changed against the US dollar even after the relatively strong Chinese trade numbers. According to the country’s statistics agency, the total exports increased by 32.3% in April after rising by 30.6% in the previous month. This increase was better than the expected 24.1%. Imports, on the other hand, increased by 43.1%. As a result, the total trade surplus increased from $13.80 billion in March to more than $42.86 billion. This is notable since the US made a trade deficit of more than $70 billion in the previous month.

The US dollar declined slightly after the latest non-farm payroll numbers from the United States. According to the Bureau of Labour Statistics (BLS), the economy added more than 266,000 jobs in April after it added more than 916k in the previous month. As a result, the unemployment rate rose from 6.0% in March to 6.1% in April. The participation rate, on the other hand, increased from 61.5% to 61.7%, respectively. These numbers show that the American labour market is doing relatively well. However, many people are still staying at home due to virus fears while others are receiving more money in unemployment insurance.

The Canadian dollar declined after the Canadian statistics agency published the latest employment numbers. The data revealed that the economy lost more than 207k jobs in April as the economy continued to recover. The unemployment rate rose from 7.5% to 8.1% while the participation rate declined from 65.2% to 64.9%. These numbers show that the Canadian economy is doing relatively well. Elsewhere, in the UK, the construction PMI declined from 61.7 to 61.6 in April while the German exports and imports rose in March.

The EUR/USD pair rose slightly after the latest US non-farm payroll numbers. On the four-hour chart, the pair managed to move above the 25-day moving average. At the same time, the signal and main line of the MACD and the RSI have pointed upwards. The pair has also moved above the Ichimoku cloud. Therefore, the pair may keep rising as bulls target the year-to-date high of 1.2152. 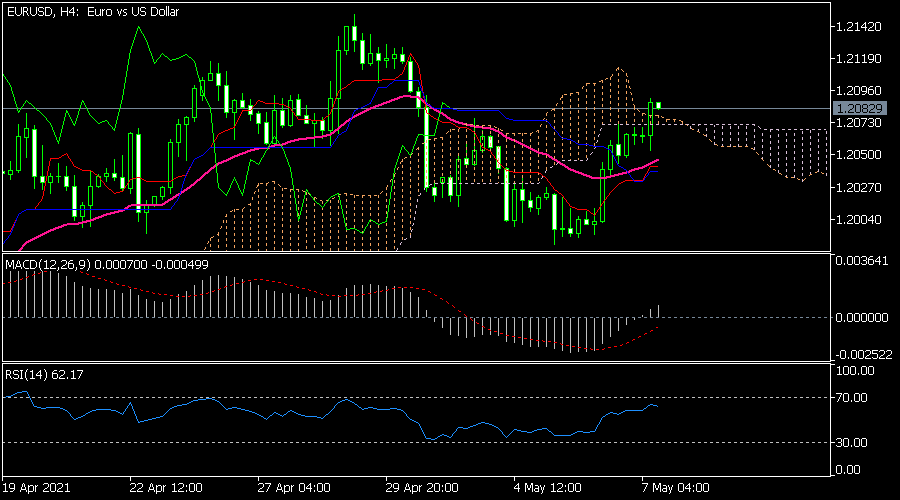 The four-hour chart shows that the EUR/CAD pair has been in a sharp downward trend in the past few weeks. It has fallen from a high of 1.519 to 1.4644. The pair is slightly below the 23.6% Fibonacci retracement level. It is also below the 25-day exponential moving average (EMA) and the middle line of the Bollinger Bands. The pair has also moved above the oversold level of the Relative Strength Index (RSI). The pair may likely remain in a bearish trend so long as it is below the moving average. 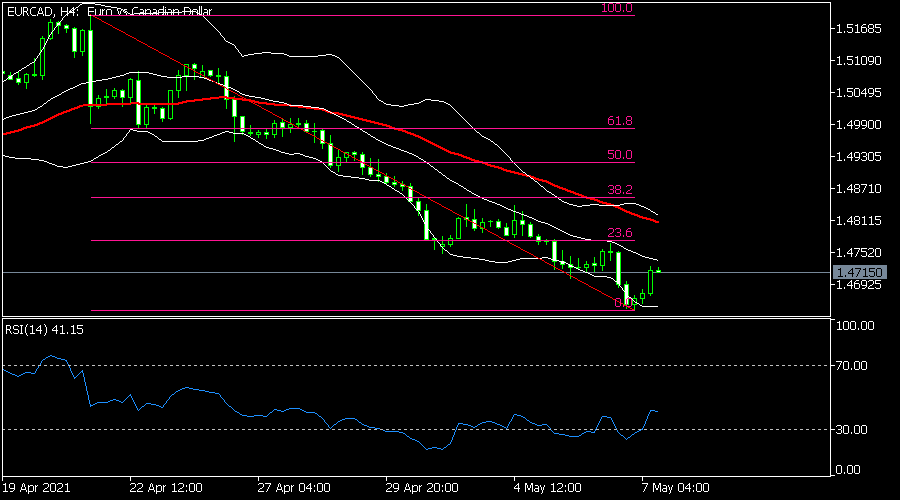 The AUD/NZD pair was little changed today after the latest Chinese data. On the four-hour chart, the pair is below the important support at 1.0765. It is also between the 61.8% and 50% Fibonacci retracement levels. It has also formed an inverted head and shoulders pattern, which is usually a bullish sign. It is also above the 25-day moving average. Therefore, there is a possibility that the pair will soon bounce back higher. 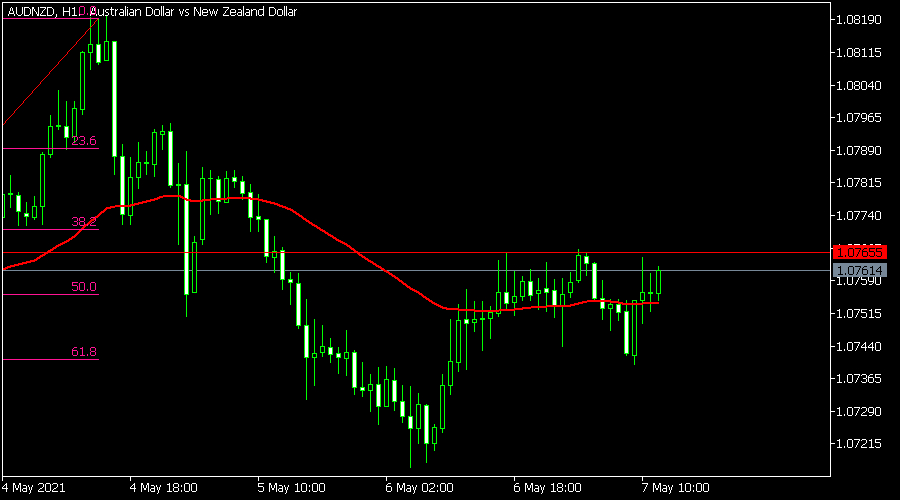 EUR/USD extended its falls below 1.1950, trading at the lowest since mid-April. The dollar resumed its gains related to the hawkish Fed meeting on Wednesday, where the bank signaled tapering bond buys and raising rates will come sooner. Jobless claims missed estimates with 412K.

GBP/USD extends falls to 1.3950 in the Fed aftermath

GBP/USD is trading around 1.3950, the lowest since early May. The Federal Reserve signaled it is set to discuss tightening its policy sooner than expected amid faster growth and rising inflation. Sterling is suffering from the spread of COVID-19 in the UK.

GBP/USD extends falls to 1.3950 in the Fed aftermath

GBP/USD is trading around 1.3950, the lowest since early May. The Federal Reserve signaled it is set to discuss tightening its policy sooner than expected amid faster growth and rising inflation. Sterling is suffering from the spread of COVID-19 in the UK.

BTC rose from the range low to nearly tagging the swing high this week. However, the impulsive move reversed and is now heading toward the midway point. Ethereum and Ripple are following in BTC’s footsteps and are expected to head lower. 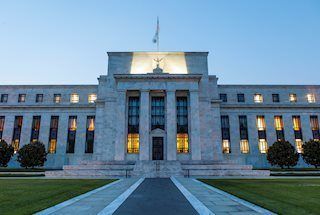 Federal Reserve Chair Jerome Powell did his best to sound equivocal on the US economy, inflation and interest rates, but markets were having none, or at least very little, of it. Economic growth estimate rises to 7% from 6.5%.