The uncertainty over US fiscal stimulus and Brexit, and also rising new virus cases deteriorated the market mood. That’s why we can expect the further rally of the US dollar and the fall of riskier assets today. 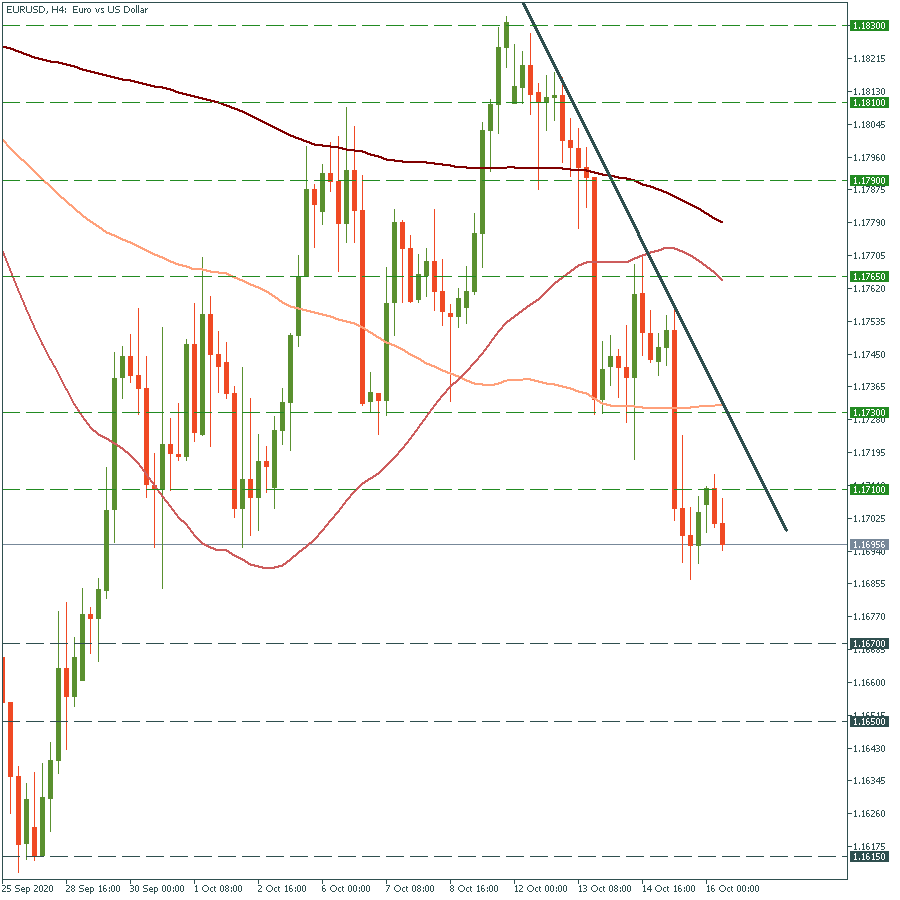 XAU/USD is trading inside the ascending channel. It’s moving down, but it’s likely to reverse from the intersection of the lower trendline and the $1 900 level. The move above yesterday’s high of $1 910 will drive the yellow metal to the 200-period moving average of $1 917. Support levels are $1 890 and $1 875. 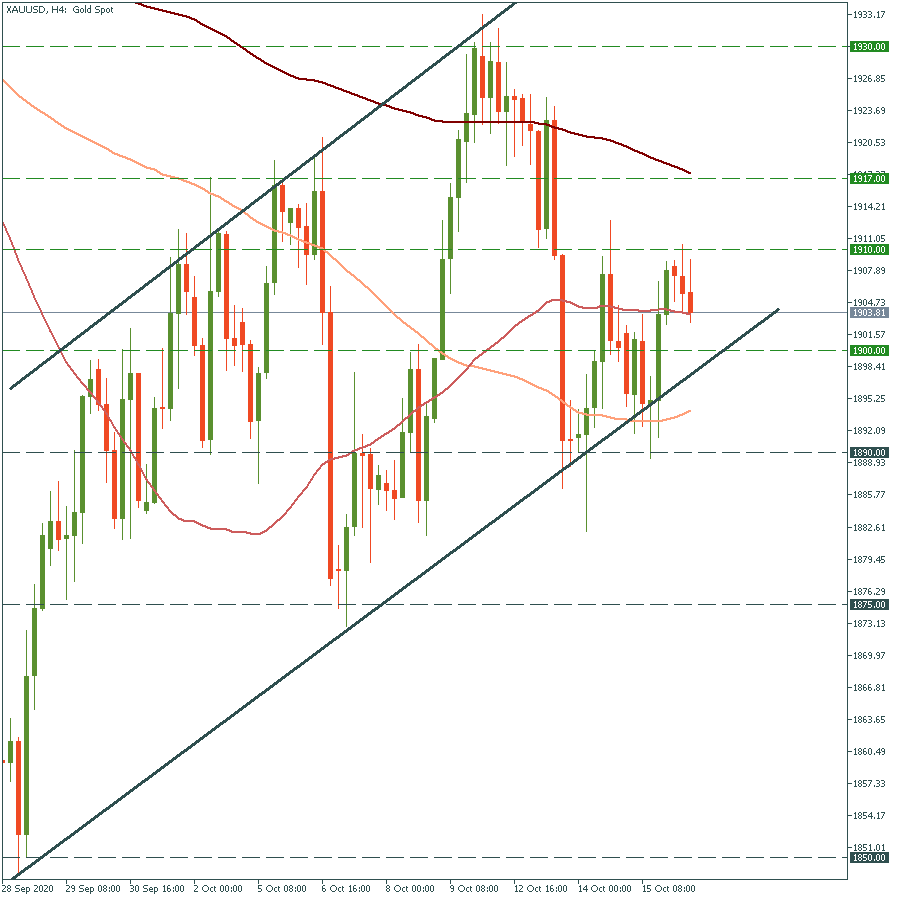 The British pound is falling amid Brexit uncertainties. However, the 23.6% Fibonacci retracement is strong enough to constrain the further falling of the pair. If it manages to break it, the way to lows of late September at 1.2820 will be open. Resistance levels are 1.2980 and 1.3000. 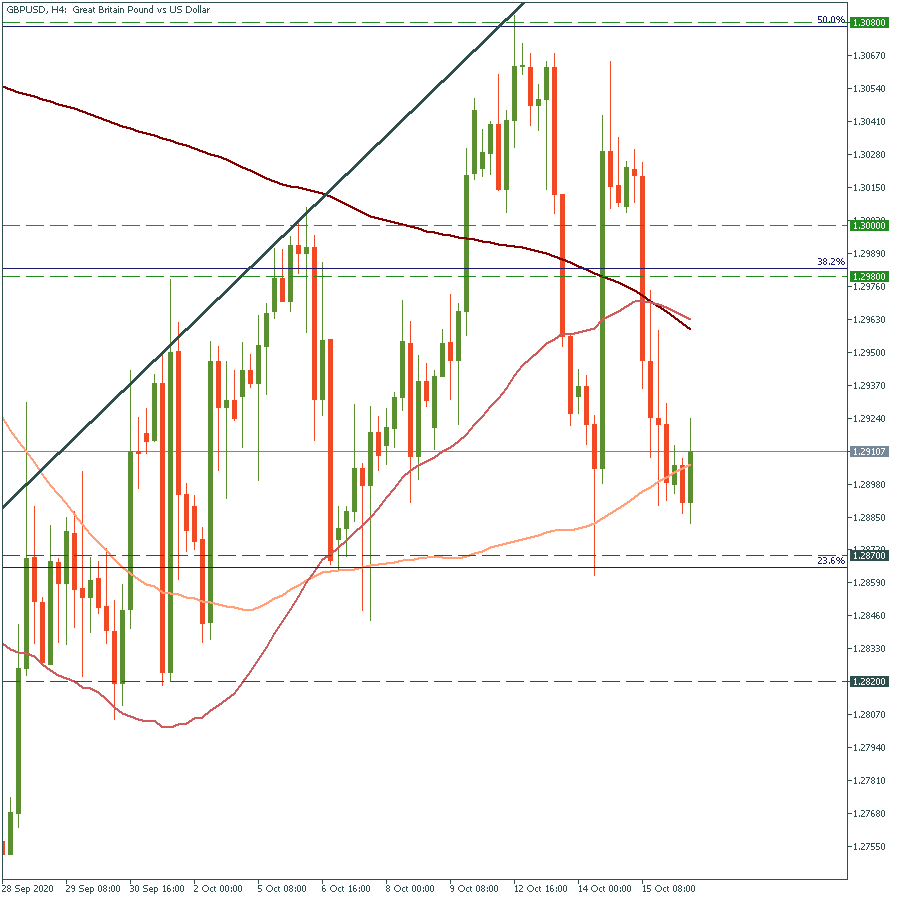 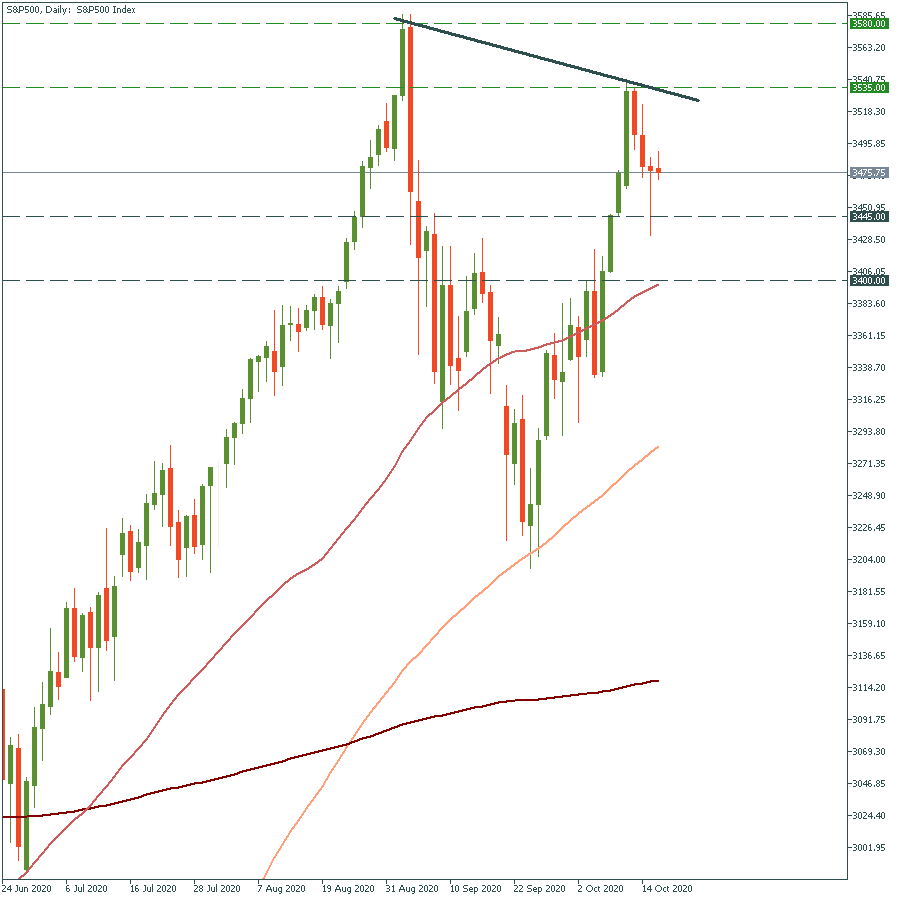