On July 3rd we wrote:

Another pair that hit 6-month low was GBPJPY, which is currently trading at 135.38. The asset seems to be driven by a renewed negative bias, as the medium term Bollinger Bands pattern are extending further to the downside once again. The asset has been in a bearish channel since the end of January 2018.

After two weeks, the decline continues for Pound given the evident impact that prolonged Brexit uncertainty, and increased risk of a on-deal exit from the EU, have been wielding on the UK economy.

That Boris Johnson will be crowned the new leader of the Conservative Party on July 23, and thereby the new prime minister, looks to be a fait accompli. With both Boris and his last remaining contender, Jeremy Hunt, favouring leaving the EU without a deal — if necessary — and given the success of the Brexit Party at the recent EU Parliament elections in the UK, the possibility of a no-deal Brexit will be central to the political debate going forward, particularly as it looks unlikely the EU will budge on the Northern Ireland issue.

Opinions about what impact a no-deal would have on the UK are divergent, being a complex event without historical precedent, and range from manageable to cataclysmic. The new prime minister is almost certain to make clear from the off that the UK if fully preparing for a no-deal scenario, and mean it. This should maximise the UK’s negotiating position while assuaging concerns about exiting the EU without a deal. Most likely the new prime minister will angle toward a transitioned no-deal exit, with a final deadline of 2021 or 2022, which would help win over industry leaders, although Brussels has previously rejected this idea. Parliament may still try to block this, which could spark a new general election. Once the new prime minister takes up the reins, there will be little more than three months until the revised deadline to leave the EU.

But lets move back to GBPJPY. The asset has seen another fresh pressure today, despite the perkier than expected UK wage growth. The Pound looks unable to gain some ground on the better than expected economic data due to the overall diseased currency.

Momentum indicators are monopolized by the increasing negative bias, with RSI posting another swing to the oversold area, while MACD lines keep extending below signal line after posting a bearish cross. This picture could be seen in 1H up to weekly timeframe. Hence as indicators aggravate any sign of recovery intraday could be consider as temporary prior an aggressive sell off again. 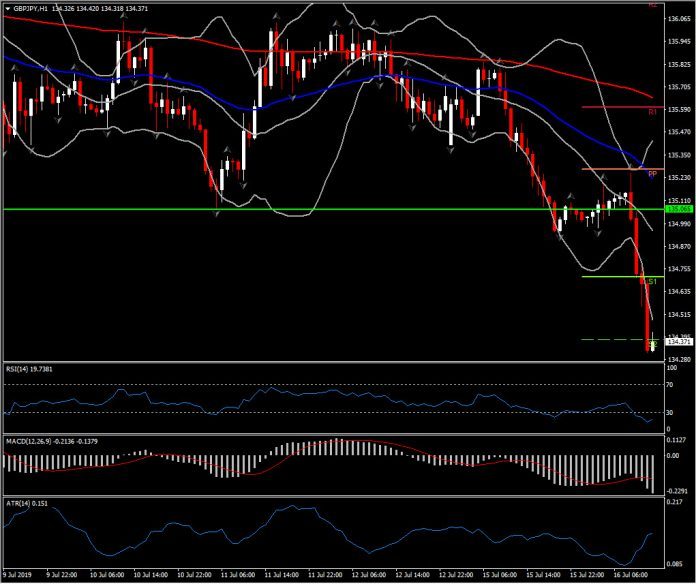 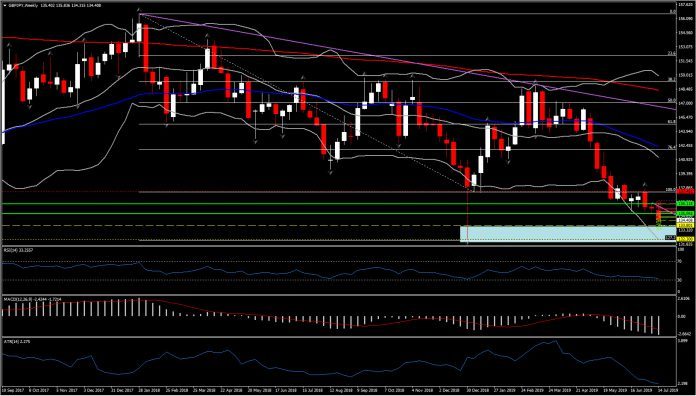