Hiring in the US has nearly doubled in the last two months in spite of fears of a resurgent pandemic and constraints from one of the tightest job markets in a generation.

The unemployment rate fell to 5.4% in July from 5.9% in June, also far better than the 5.7% prediction. The so-called underemployment rate, which includes discouraged workers, dropped to 9.2% from 9.8% in June. It has been expected to rise to 10%. 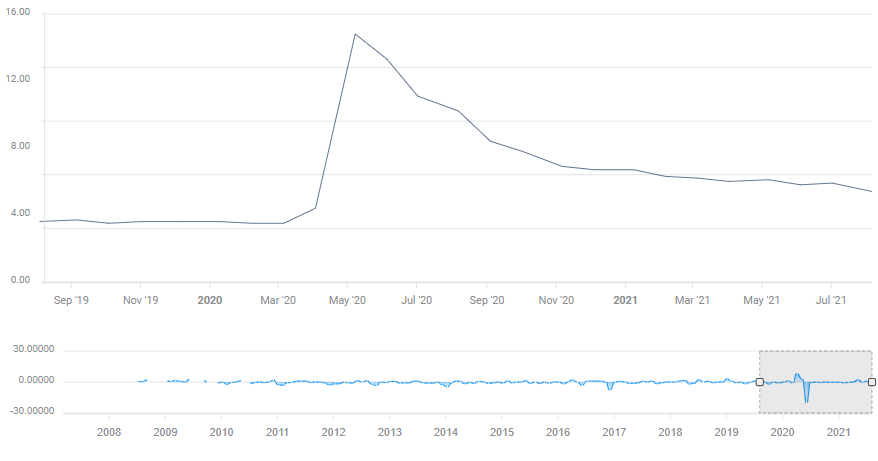 The decline in the unemployment rate was even more telling as the Labor Force Participation rate moved up to 61.7%, matching the pandemic high of March 2020, as more people left the jobless rolls and entered the workforce.

Average Hourly Earnings rose 0.4% on the month and 4% for the year, both more than forecast, and kept concerns about labor shortages prompting wage inflation active.

Over the past two months a number of states have eliminated the additional unemployment benefits granted by Washington, which may have contributed to the surge in hiring.

For the time being at least, stocks do not appear perturbed by the prospect of higher interest rates. One reason is the extremely low starting point for any increase generated from a sell-off in the Treasury market. Over the past four months the 10-year yield has shed 53 basis points from its high of 1.746 on March 31 to close at 1.217% on Thursday. A second reason is the Fed is determined to prevent a repeat of the 2013 'taper tantrum' which sent US interest rates skyrocketing. 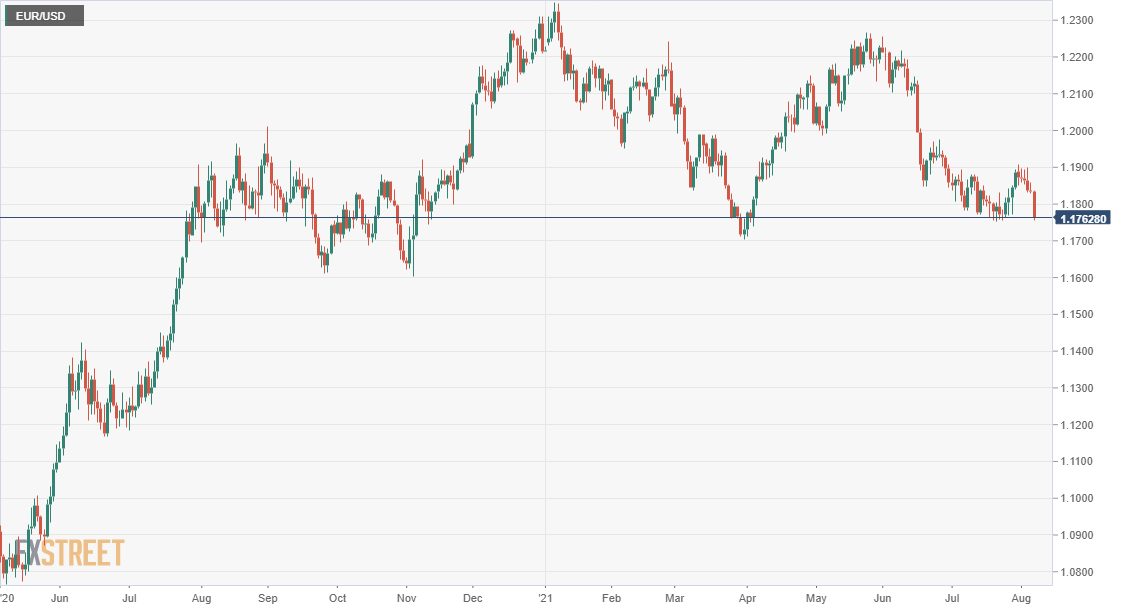 On Wednesday,  Fed Vice-Chair Richard Clarida said that he could "certainly" see an announcement on a taper "later this year."

This reinforced a statement from St. Louis Fed President James Bullard that he favors a quicker reduction of the bond-buying, as it would permit the Fed to raise the fed funds rate next year if needed. Dallas Fed President Robert Kaplan suggested that the taper should start “soon.

Earlier in the week, Fed Governor Christopher Waller had offered that the Fed should begin reducing its bond purchases by October. Finally, Fed Governor Lael Brainard said she would want to see more data before making any such decision. It is a bit unusual to see Fed governors with such differing public opinions but the breadth of the discussion is clear.

As a whole, these carefully considered public comments were the first definite signs that the central bank is seriously considering a reduction of its $120 billion a month in Treasury and securities purchases.

Previously, Fed Chair Jerome Powell had had the last word, noting after the FOMC meeting on June 16 that the economy was “some way away” from meeting the “substantial further progress” criteria for reducing its bond program.

Of the Fed’s two mandates for full employment and price stability,  some seven million workers are still missing from payrolls and Core PCE inflation was 3.5% annually in June, far ahead of the Fed’s 2% target.

Covid and the economy

July’s excellent jobs report came as a rash of new Covid cases appeared in the US and around the world, mostly in the unvaccinated portions of the populations.

While hospitalizations and fatalities are far below the prior waves, there are fears that new restrictions and even lockdowns, could inhibit or halt the economic recovery.

Thus far US economic growth has not been overly affected by the return of the coronavirus. Second quarter annualized GDP expanded 6.5%, and while this was less than the 8.5% proposed by analysts, combined with 6.3% in the first three months of the year, it was the best economic growth in a generation.

The latest estimate from the Atlanta Fed GDPNow model posits 6% growth in the third quarter.

Leisure and hospitality employment saw the most hiring, adding 380,000 new workers,  two-thirds of whom, 253,000, returned to bars and restaurants. This was the hardest hit in last year’s lockdowns and subsequent restrictions.

Despite these increases headcount is still 1.8 million fewer than before the pandemic.

Education had strong gains, with 261,000 new staff and teachers  as many schools prepared  for the fall term.

EUR/USD bears stay in control as Asian shares take a plunge. The Fed's hawkishness is reverberating throughout global markets, weighing on risk-sensitive currencies. The US dollar is bid in Asia and risk aversion remains in play.