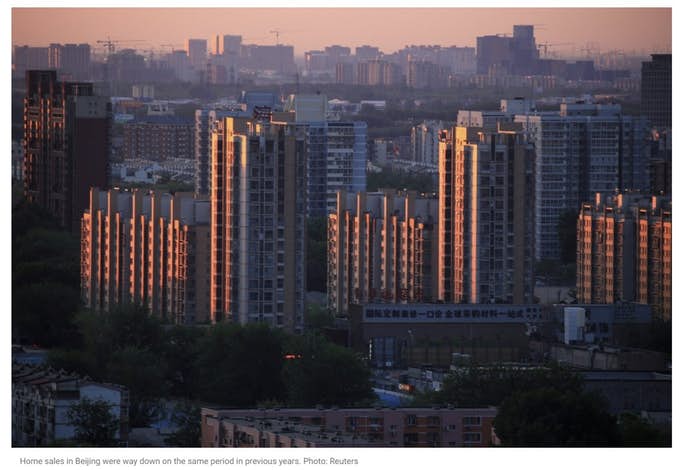 Property sales in China’s major cities saw one of their worst “golden week” holidays in years, as buyers held back amid a slowing economy and tight restrictions on mortgage loans.

Sales of new homes in Beijing dropped to their lowest level since 2014 during the week following the National Day holiday, according to data from the property information portal Zhuge.com.

By area, sales of new homes in Shanghai plummeted 86 per cent to 5,000 square metres, while the capital saw a 92 per cent plunge to 2,000 sq metre, according to data from Centaline Property.

Clement Luk, a director for east China at Centaline Property, said the home-buying mood has been dampened by the tightening of mortgage lending and the prolonged US-China trade war that discouraged spending.

“People do not want to commit in big investment now, like purchasing any homes, as market sentiment has cooled quickly since March,” he said. “Most owners prefer travelling during golden week holiday instead.”

Beijing faces the dilemma of all speculative markets: because most real estate buying is now driven by expected price increases, when prices credibly stop rising, buyers disappear and prices begin to fall. Price stability isn't a real option.https://www.scmp.com/business/article/3032030/golden-week-property-sales-plunge-major-chinese-cities-amid-slowing … via @scmpnews