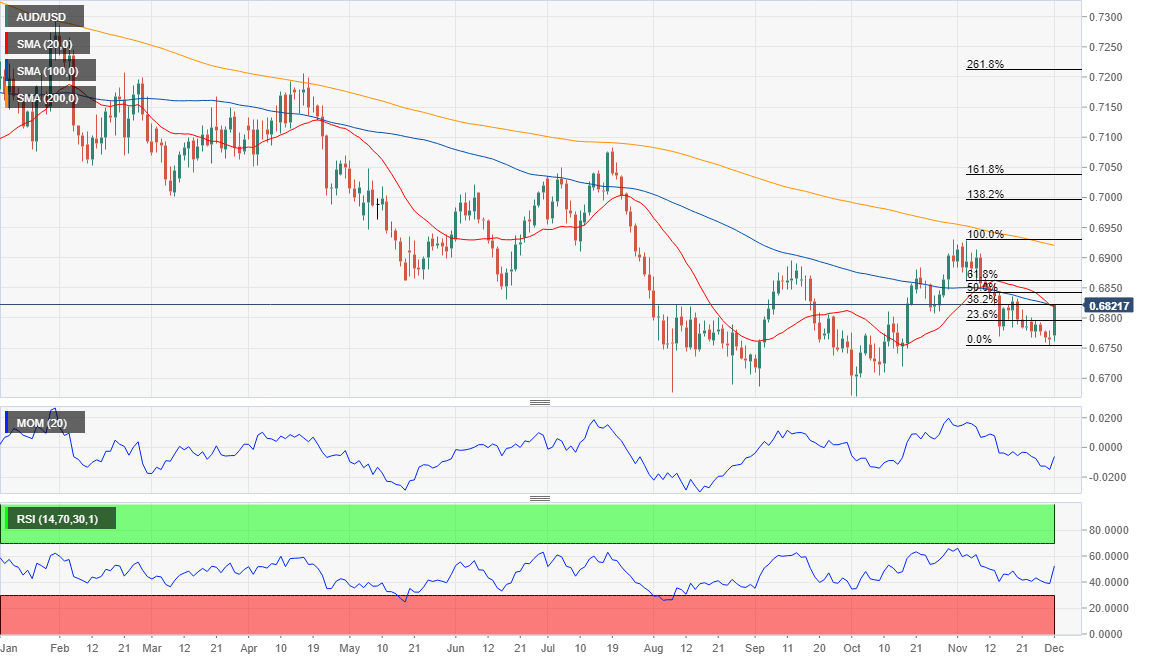 For once, speculative interest is heading into the RBA monetary policy meeting with little expectations. There were no game-changers in the Australian economy ever since last month’s meeting, therefore, the central bank is expected to remain on hold.  The market has already priced in that there won’t be any rate cuts in the upcoming months, and Governor Lowe has made it clear that QE is not in the table at the time being.

Dr. Lowe said that unconventional policies could be considered if the economic situation deteriorates to the point that rates need to come down to just 0.25%, something unlikely at the time being and with the current growth and inflation targets.

Meanwhile, the country will release its latest Gross Domestic Product update on Wednesday, with the economy expected to have grown by 1.7% in the three months to September, following a 1.4% gain in Q2. Growth figures have more chances of moving the Aussie than the RBA.

Meanwhile, upbeat Chinese data overshadowed trade concerns. Tensions mounted after US Ross said that US President Trump will increase tariffs if there’s no trade deal. Earlier in the day, China suspended a US military visit to Hong Kong, and also announced sanctions against several US non-government organizations for encouraging protesters. Even further, Trump announced tariffs on base metals’ imports coming from Argentina and Brazil. The news weighed on the greenback, alongside with poor US data, pushing AUD/USD higher ahead of the RBA.  The central bank’s decision could be a reality check for Aussie bulls.

The AUD/USD pair is heading into the release trading above the 0.6800 figure, although the advance seems just corrective on the broader perspective, as its trading around the 38.2% retracement of its November slump.

The daily chart also shows that the rally stalled around the 20 and 100 DMA, both converging with the mentioned Fibonacci resistance. Technical indicators, in the meantime, recovered within negative levels, with the RSI now challenging its mid-line, not yet in positive ground.

The pair could extend its recovery up to 0.6862, the 61.8% retracement of the mentioned slump, yet gains beyond this last seem quite unlikely, as well as chances of a hawkish RBA. The positive momentum should fade if the pair returns to levels below the 0.6800 figure, while bears could take over on a break below 0.6758, the monthly low.