The US will release October employment figures this Friday. The Nonfarm Payroll report is expected to show that the economy added 600K positions, while the unemployment rate is foreseen declining from 7.9% to 7.7%.

The news will come in the heat of the US presidential election, as  President Trump is disputing the results of several states in court. Also, the US Federal Reserve is having a monetary policy meeting late Thursday, although the most likely scenario is that it will be a non-event. Elections, on the other hand, will likely continue to overshadow everything else.

Ahead of the release, some mixed signals are coming from employment-related indicators. Overall, the numbers have been improving, suggesting a positive outcome, yet it seems that the employment sector has been growing at a slower pace when compared to the previous months.

The ADP survey on job creation in the private sector was the only negative number from these weeks, as it showed an increase of 365K, well below the 650K expected.

Initial Jobless Claims, on the other hand, have fallen below the 800K threshold mid-October and remain there.  Also, the Challenger Job Cuts report showed that the number of corporate layoffs has retraced to 80.666K.

The most encouraging signs come from ISM as the sub-employment component in the October Manufacturing PMI has jumped to 53.2 from 49.6, the first time it reaches expansion territory this year. The sub-component from the Services index came in at 50.1, beating expectations although below the previous 51.8.

The dollar is down across the board against all of its major rivals, as the market is in risk-on mode. This last, however, could be affected by developments related to the US presidential election, which are still underway.

The safe-haven yen is the laggard, as investors are buying high-yielding assets. Should the dollar remain weak, the USD/JPY pair may be the worst performer. In such a scenario, Gold and the AUD could be the best performers.

European currencies are up, but Brexit caps GBP while the latest ECB’s announcement should keep EUR gains in check. Rallies in EUR/USD and GBP/USD are expected to be temporal within the release of the NFP report. 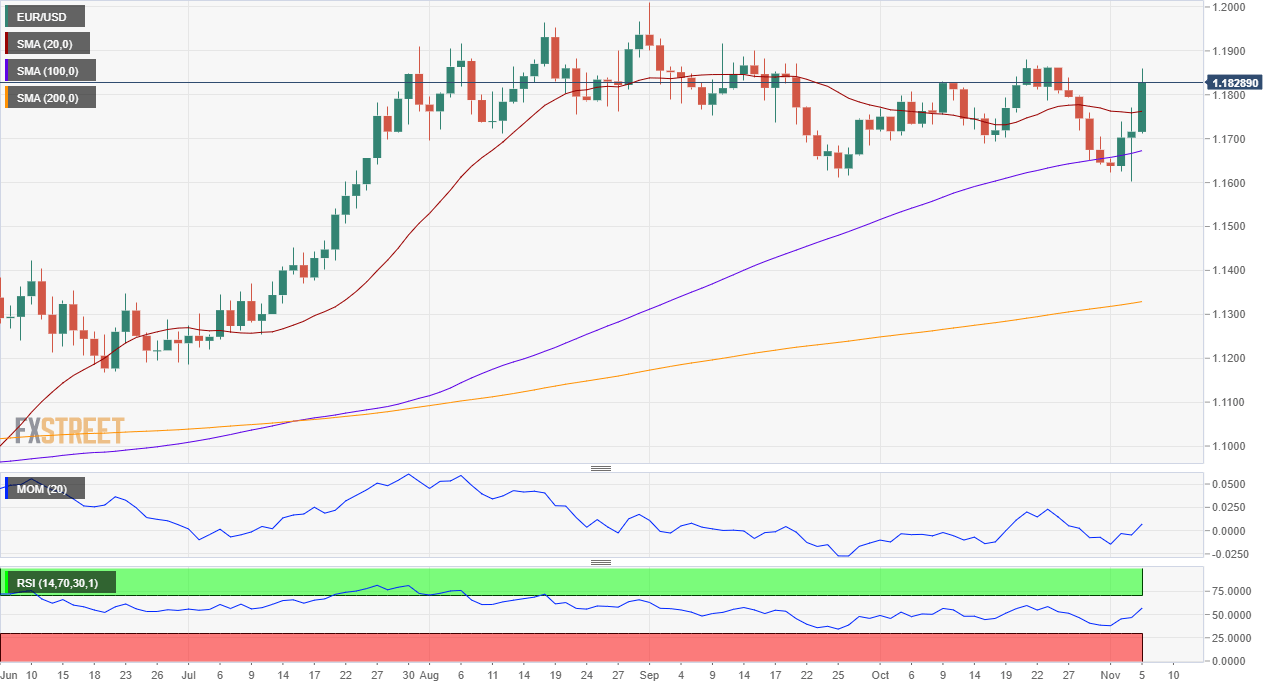