At midday in London, the GBP was the weakest and AUD was the strongest. 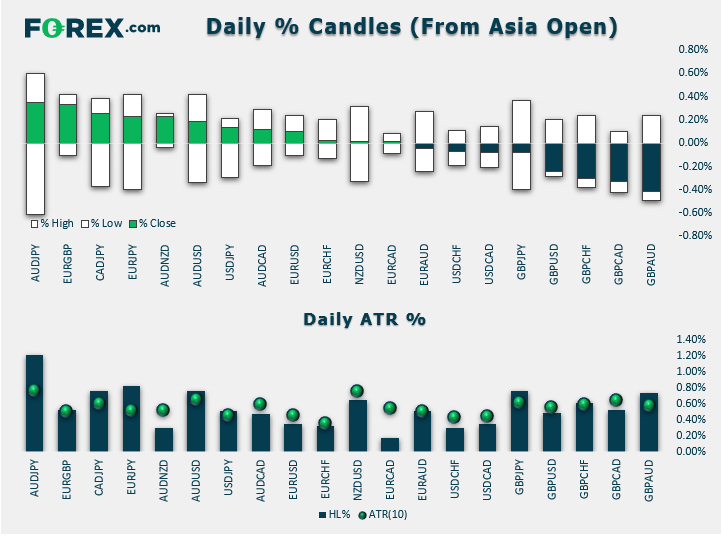 The Bank of England decided to keep policy unchanged on both QE and rates fronts, but the fact there were two dissenters (SAUNDERS and HASKEL) who unexpectedly voted for 0.25% rate cut, this caused the pound to wobble a little. These MPC members argued that stimulus was needed now because recent data suggests labour market is turning and they see raised downside risks from global economy. The BoE's inflation forecasts for the next three years have all been revised lower, with prices in one years' time now seen at 1.51% compared with 1.90% in the August estimate. The Bank has also revised its growth forecasts lower, with GDP likely to be 1% lower by the end of 2022 than its August forecasts.

Stocks in Europe and risk-sensitive currency pairs (USD/JPY and AUD/USD etc) all rose, while US index futures suggested we will see new record highs today. Sentiment was once again boosted by growing optimism over a US-China trade deal. This time, Reuters reported that China says it has agreed with the US to cancel existing tariffs in different phases.

US unemployment claims only newsworthy data expected from North America 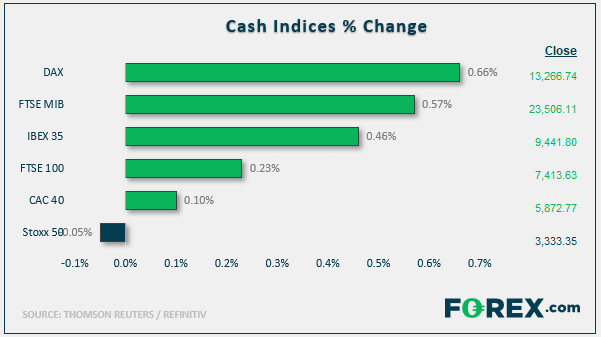 Sainsbury shares trade flattish though have dropped a fair amount off the day's highs. The grocer's adjusted profits missed forecasts.

Marks & Spencer bounces back hard after a weak showing on Wednesday's poor H1 report. It rose 7% after an upgrade by SocGen showed some investors still see fair chances of a turnaround

Virgin Money also rose strongly, lifting a clutch of rival challenger banks in its wake as consolidation talk continues to sweep the sector