Gold fluctuated in a relatively tight channel during the first half of the week but slumped to its weakest level in two months at $1,753 late Wednesday. The precious metal, however, managed to stage a decisive rebound and broke above $1,800 on Friday, snapping a four-week losing streak.

After moving sideways and closing little changed on Monday, XAU/USD came under bearish pressure on Tuesday. The data from the US revealed that producer prices increased at their strongest pace in more than a decade with the Producer Price Index (PPI) soaring to 9.6% on a yearly basis in November. Investors started to price in a hawkish Federal Reserve policy outlook and gold fell toward the lower limit of its two-week-old range near $1,770.

On Wednesday, the Fed announced that it will double the pace of asset taper to $30 billion per month from mid-January. More importantly, the updated Summary of Economic Projections, the so-called 'dot plot', showed that policymakers' median forecast pointed to three rate hikes in 2022. The hawkishness of the Fed's policy statement caused gold to slump to its weakest level since early October at $1,753.

During the press conference, FOMC Chairman Jerome Powell noted that it would not be appropriate to hike the policy rate before the taper was completed and the market pricing of a rate hike as early as March remained unchanged. Additionally, the 10-year US Treasury bond yield failed to climb above 1.5% and allowed XAU/USD to reverse its direction.

On Thursday, the Bank of England (BOE) hiked its policy rate by 15 basis points and said that inflation could reach 6% by April of 2022. The European Central Bank (ECB) announced that it will end the Pandemic Emergency Purchase Programme (PEPP) in March. To offset the impact of policy tightening on markets, the ECB decided to ramp up its purchases under the Asset Purchase Programme (APP) to €40 billion in the second quarter from €20 billion where it currently stands. Moving forward, the bank plans to decrease purchases to €30 billion in the third quarter and €20 billion in the second quarter. Regarding the inflation outlook, ECB revised the 2022 HICP forecast to 3.2% from 1.7% in its September projections.

In addition to inflation fears, reports suggesting that the coronavirus Omicron variant is much more contagious than the Delta variant weighed heavily on market sentiment in the second half of the week. The UK reported more than 80,000 confirmed cases on Thursday and vaccine producers' initial findings showed that Omicron was much more resilient against two shots than the previous variants. Reflecting the risk-averse market environment, global equity indexes suffered heavy losses and gold continued to gather strength heading into the weekend.

The risk perception will continue to impact financial markets at the start of the next week in the absence of high-tier macroeconomic data releases. Gold is likely to find demand as a traditional safe haven if investors remain concerned over the potential negative impact of the Omicron variant on activity and inflation outlook.

On Wednesday, the US Bureau of Economic Analysis will release its final estimate of the third-quarter Gross Domestic Product (GDP). Investors expect the annualized GDP growth to be left unchanged at 2.1% and the market reaction is likely to be muted.

On Thursday, the Personal Consumption Expenditures (PCE) Price Index, the Fed's preferred gauge of inflation, will be looked upon for fresh impetus. On a yearly basis, the Core PCE Price Index, which excludes volatile food and energy prices, is expected to rise to 4.5% from 4.1% in November. Ahead of the Christmas break, market participants could ignore this inflation report since they already know what the Fed's plan to control price pressures look like.

In short, the market sentiment and technical signs should impact gold's valuation heading into 2022. 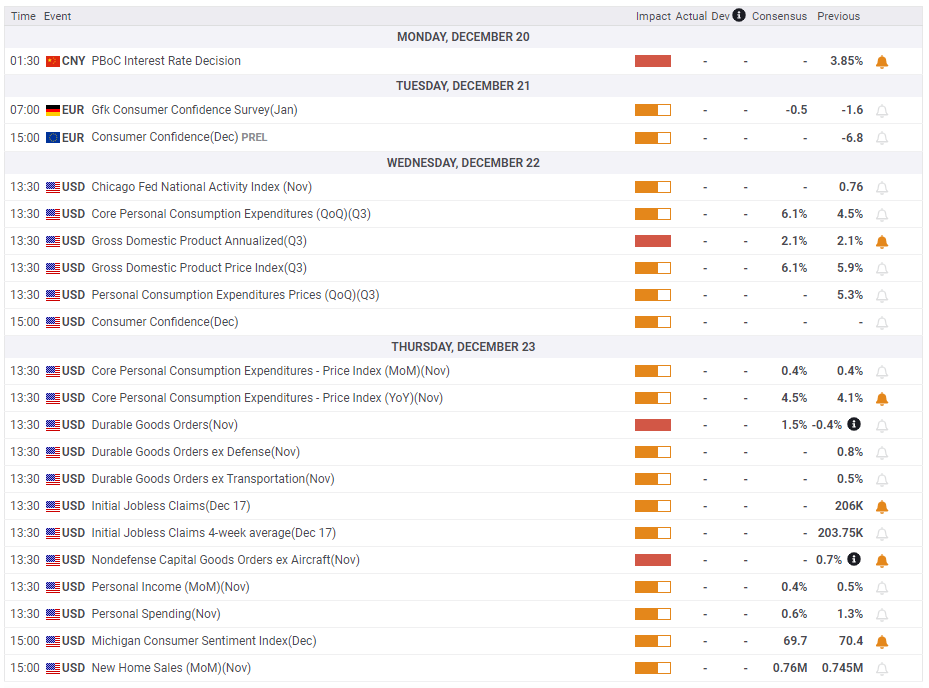 On Thursday, XAU/USD closed above the 200-day SMA for the first time since late November and climbed to a new December high of $1,814 on Friday. The 38.2% Fibonacci retracement level of the latest uptrend seems to have formed resistance near that level. In case the pair rises above it and confirms it as new support, it could target $1,835 (Fibonacci 23.6% retracement).

On the downside, $1,800 (psychological level, Fibonacci 50% retracement, 50-day SMA, 200-day SMA) aligns as significant support. As long as this level holds, buyers are likely to remain in control of gold's action. In the meantime, the Relative Strength Index (RSI) indicator on the daily chart is holding above 50, confirming the view that the bullish momentum is building up.

The FXStreet Poll also points to a bullish shift in the near term but suggests that gains could remain limited. The average targets for the one-week and one-month views align at $1,818 and $1,822, respectively. 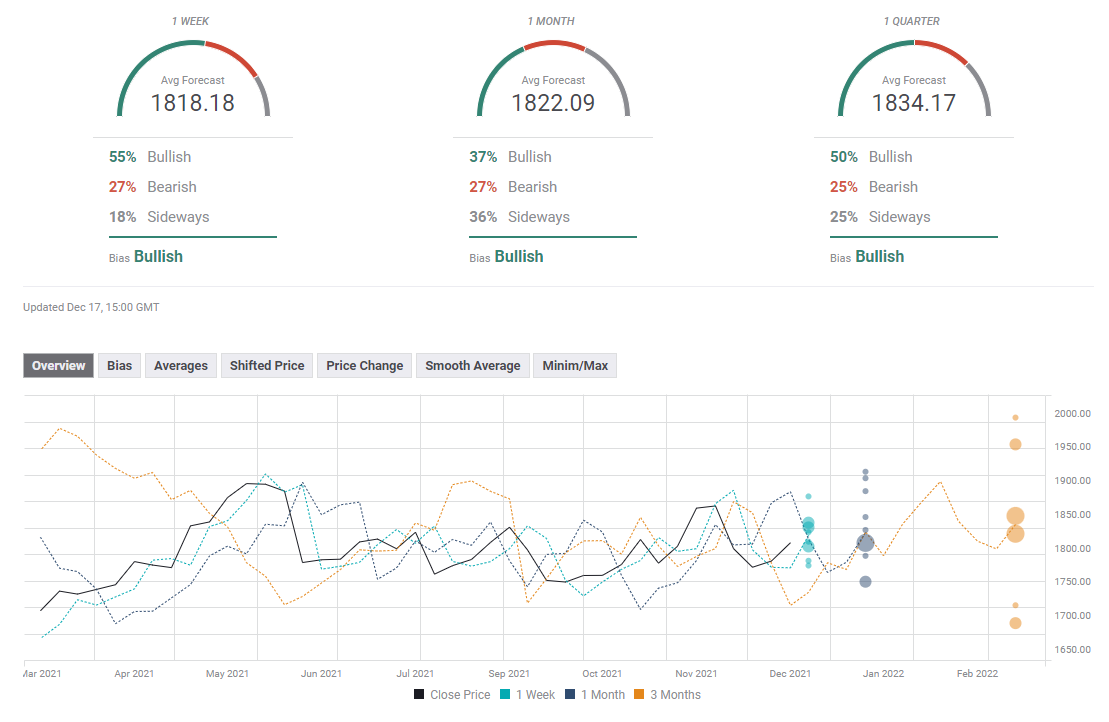