Gold prices have marched higher these days, strengthening alongside the greenback. The bright metal flirted with April high at $1,747.45 a troy ounce, its highest since November 2012. As it is happening these last weeks, two factors combined to boost the metal. Concerns about the global economic health, and central banks boosting stimulus programs to aid the battered economies.

US Federal Reserve chief Powell, who participated in a webinar organized by the Peterson Institute for International Economics, said that Fed’s policymakers are against negative rates, speculation that surged earlier in the week. The news could have affected negatively the metal if it weren’t accompanied by a gloomy outlook of the economy.

The current coronavirus crisis is seen similar to that of 2008 when the metal more than tripled its value as central bankers took out all their ammunition to prevent economic collapses. The levels of uncertainty these days and the response from policymakers and lawmakers can be linked to that of over a decade ago, hence, speculative interest expects gold prices to continue to advance.

The metal further got support from news indicating that gold production was increased throughout the first quarter of the year, despite the lockdowns. Still, demand has also increased, fueled by safe-haven demand amid the coronavirus outbreak. Total gold investment demand jumped 80% YoY in the three months to March, according to the World Gold Council.

Meanwhile, worse-than-expected US data add to the bullish case of the metal. US inflation contracted in April, while 2.98 million people filed for unemployment in the week ended May 8. The figure was below the shocking over 6 million seen at the beginning of the crisis but still point to an unemployment rate of over 20% in the nearest future. This Friday, the market knew that Retail Sales plunged 16.4% in April the largest decline on record. On a positive note, the preliminary estimate of the Michigan Consumer Sentiment Index for May improved to 73.7 from 71.8, beating the market’s expectations of 68.

The upcoming week the FOMC will publish the Minutes of its latest meeting. Should policymakers hint more easing coming, gold prices would likely raise. Markit will publish the May preliminary estimates of the Manufacturing PMI and Services PMI, seen bouncing although still within contraction levels. 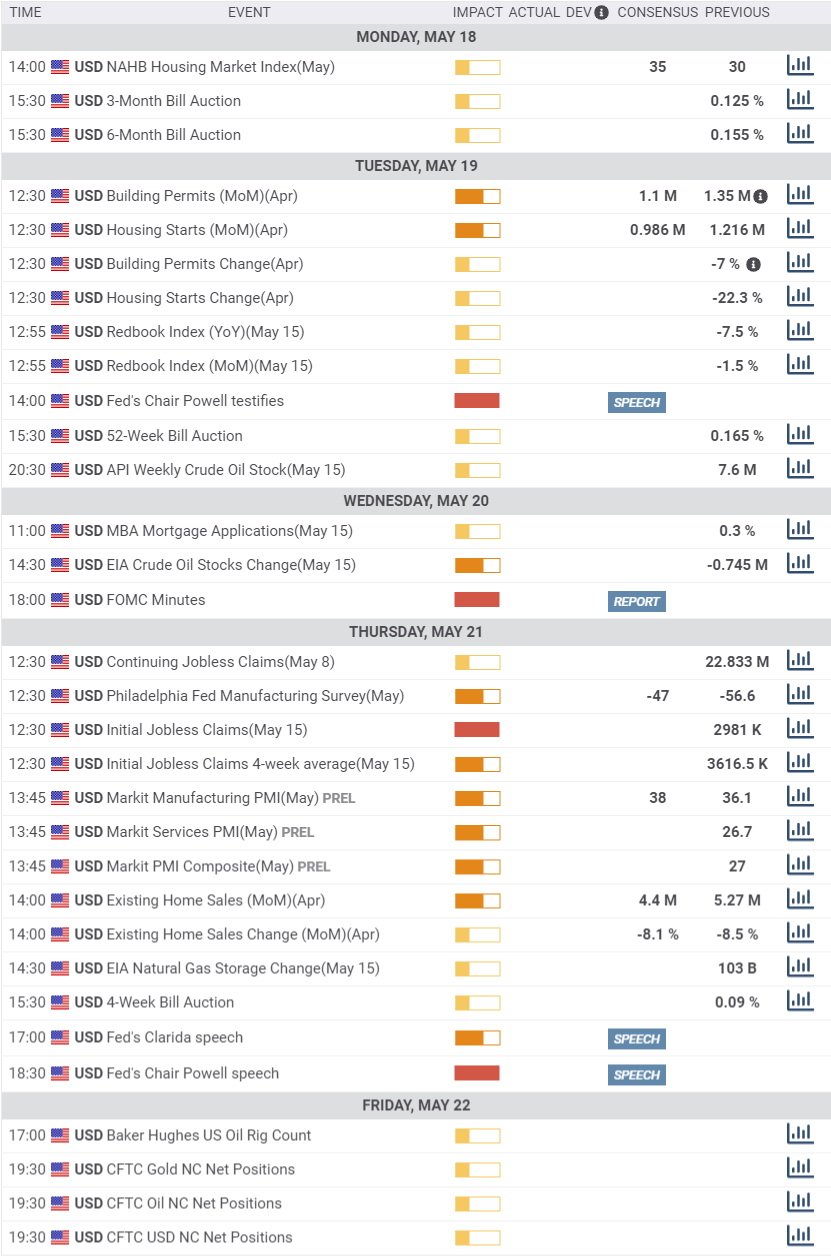 The metal trades around $1,740.00 a troy ounce, retaining its bullish technical stance. In the weekly chart, the commodity stands far above bullish moving averages, as technical indicators head north near far above their midlines.

In the daily chart, the bright metal is also bullish, having recovered above its 20 SMA, which slowly gyrates north. The larger moving averages maintain their sharp bullish slope far below the current level. Technical indicators, in the meantime, continue to advance within positive levels. 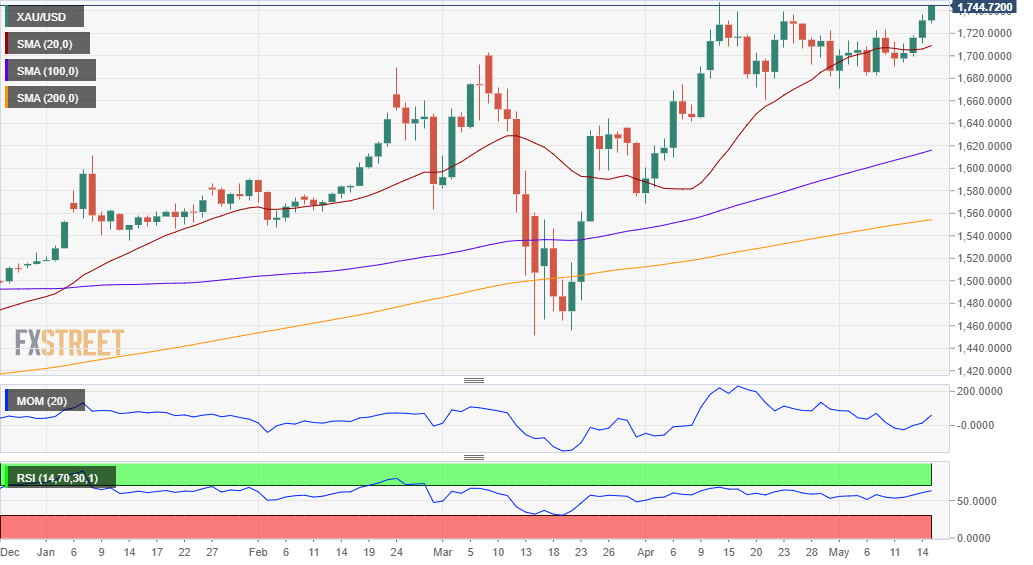 According to the FXStreet Forecast Poll, gold will extend its advance during the upcoming days, although the market can’t see it maintaining the bullish stance in time, as it’s now seen bearish in the monthly and quarterly views. Nevertheless and in all cases, the metal is seen holding above the 1,700 mark.

The Overview chart indicates a wide spread of possible targets, most of them above the 1,600 level. Moving averages in the three time-frame under study have turned north, stronger in the shorter-term. Overall, the metal is expected to keep on advancing.

Bitcoin Weekly Forecast: BTC/USD may retest $7,500 before another bullish run towards $10,000