Gold was unable to sustain gains and finished the week in the red at around 1,680.00 a troy ounce. The bright metal held within the previous weekly range these last few days, falling alongside the greenback. Such an abnormal behaviour could be explained by the back that the US Federal Reserve pumped much less money into the system than in the previous ones.

Give or take, six weeks have passed since most major economies took lockdown measures and central bankers ignited the printing machines. However, and despite central banks’ meetings these days, the market didn’t get much more than pledges to keep supporting the economy.

Federal Reserve on hold, but ready to pull the trigger

The US Federal Reserve left its monetary policy unchanged on Wednesday, announcing it would keep rates at record lows until the economy recovers. The central bank will maintain its accommodative policy to keep the economy afloat throughout the pandemic. The Fed’s balance sheet rose by $83 billion in the week ended April 29, the smallest weekly increase since the lockdown started. In the same week, the US Central Bank only purchased $62B of Treasuries, down from the $362 billion, the peak of these last two months. Less money was translated into decreasing gold’s demand.

The market’s sentiment fluctuated, but there are reasons for investors to become pessimistic. US President Trump is back to its trade war with China, menacing with more tariffs do to China’s miss-handling of the coronavirus pandemic. US growth figures were terrible, but not as terrible as employment ones. The lockdowns are starting to be lifted in several US states, but the pandemic is far from being under control.

Focus on US employment

The chance of an economic recovery is not seen at least until the third quarter of this year. And still, we are talking about a chance. That said, the latest decline could be just corrective and be attributed to some month-end fixing.

The main macroeconomic event next week will be the US Nonfarm Payroll report. The record levels of unemployment hint the country could have lost 20 million jobs in April, while the unemployment rate is seen up to 14%. Given the latest employment-related data, the numbers could be much worse than those current forecasts, as the latest weekly unemployment figures indicate over 30.3 million people are out of work since mid-March. 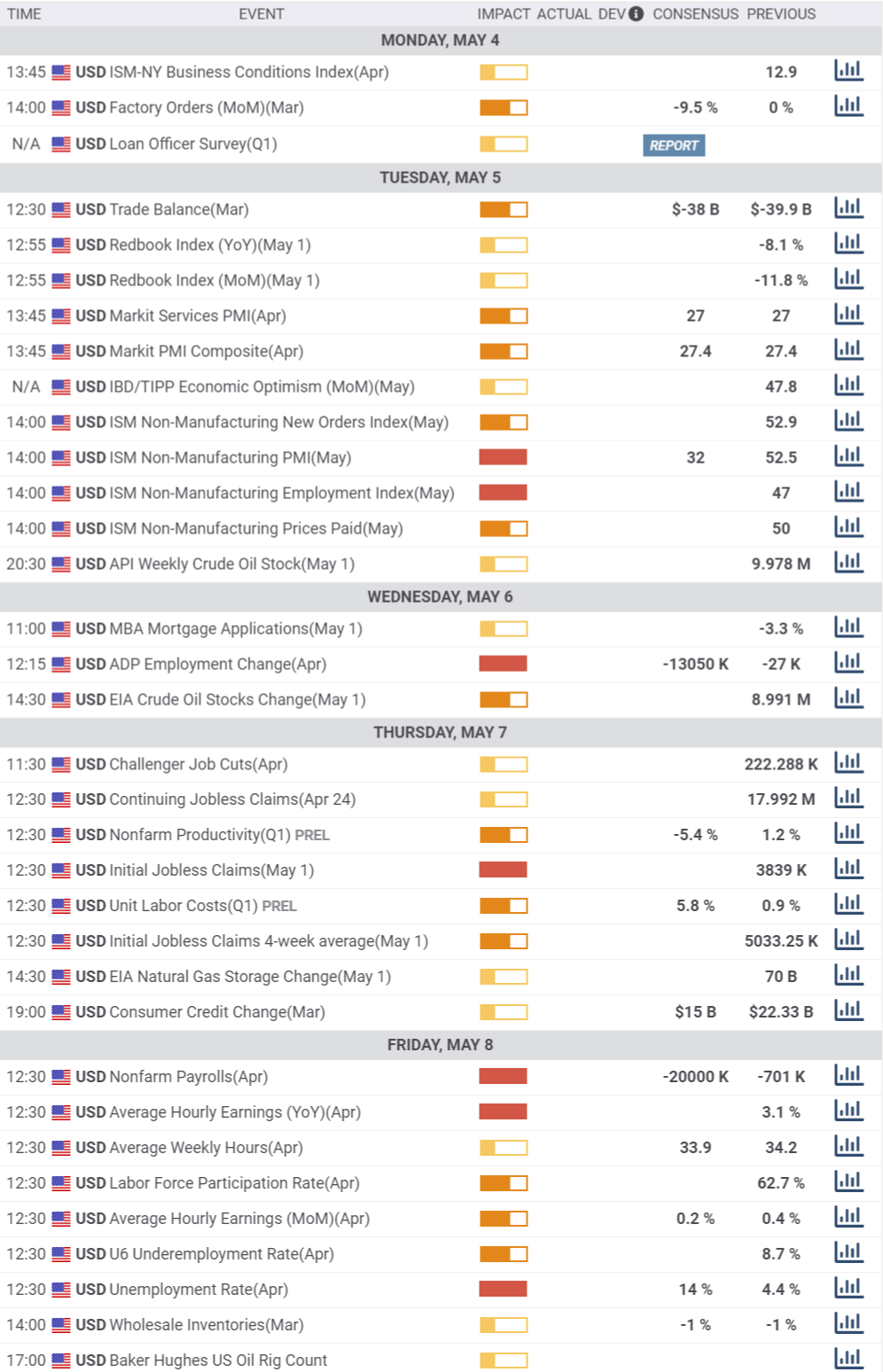 In the long run, the pair may have lost its bullish momentum, but overall, the risk remains skewed to the upside. In the weekly chart, the bright metal remains far above all of its moving averages, with the 20 DMA heading firmly north at around 1,596. Technical indicators eased from near oversold readings, heading south within positive levels, and still well above their midlines.

In the daily chart, however, the metal has spent this Friday below its 20 SMA, which anyway maintains its bullish slope. The larger ones keep heading north far below the shorter one, although technical indicators anticipate additional declines ahead. The Momentum heads firmly lower within negative levels while the RSI rest flat in neutral territory.

Spot gold bottomed at 1,670.25 this week. Below it, speculative interest will be willing to further unwind longs, exposing the next support at 1,658. Further declines could see it nearing the 1,640 price zone. The immediate resistance comes at 1,700 with steady gains above it, exposing the 1,720/5 region. 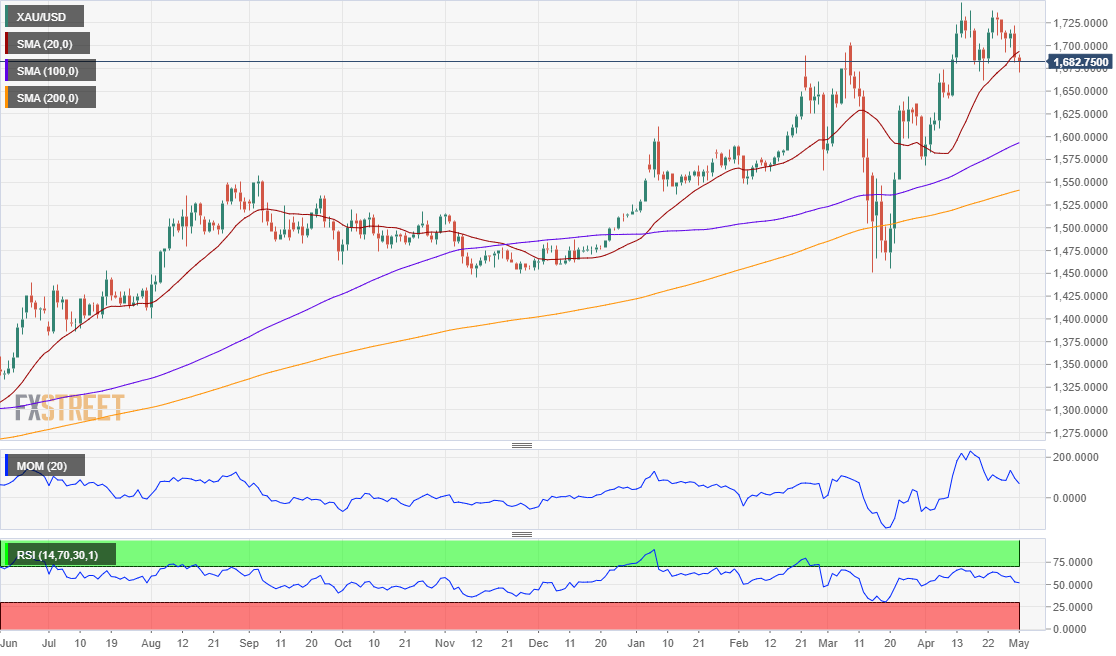 Market players believe gold will remain around 1,700 according to the FXStreet Forecast Poll. Bulls are a clear majority in all the time-frame under study, decreasing just modestly as time goes by, but above 50% of the polled experts in all cases.

The Overview chart reflects the easing positive momentum, although affected by those expecting large downward corrective movements, which are a minority. Moving averages have turned south, but may well be reflecting the current pullback ahead of another bullish leg.