Gold’s safe-haven condition is undeniable, although when the dollar runs on self-strength, the base metal can’t beat it. That’s what happened this week. A mixture of risk-aversion and robust US macroeconomic figures led gold lower.

Spot settled at $1,5xx.00 a troy ounce, after hitting a weekly high of 1,592.04. The metal traded as low as 1,547.34, despite coronavirus concerns, amid upbeat US ISM reports. Manufacturing activity in the country improved in January, with the index up to 51.9, while services output was also better than anticipated in the same month, as the index printed 55.5.

The greenback got further support from the ADP survey on private jobs’ creation, as it printed a whooping 291K almost doubling the market’s forecast of 156K. A mixed monthly employment report, however, failed to impress. According to the Nonfarm Payroll report, the country added 225K new jobs in January, but the positive headline was overshadowed by a higher unemployment rate, which rose to 3.6%, despite the participation rate decreased to 63.4%. Wages’ growth was also uneven when compared to the market’s expectations, up by 0.2% MoM and by 3.1% YoY.

The coronavirus outbreak has been the main catalyst for gold’s gains. Concerns that the illness continues to spread worldwide and affect global trade and hence economic growth, tend to weigh on the market’s mood. The WHO declared it a global health emergency, although Director Tedros said that there’s no need to interfere with global travel or trade. Nevertheless, fears it could affect global progress would affect the performance of equities and trigger demand for the bright metal.

Would the greenback retain its strength?

The upcoming week will be lighter in terms of US relevant data, although US Fed’s Chief Powell, is scheduled to testify before the Congress. The annual CPI, to be out next Thursday, is foreseen at 2.4%, slightly better than the previous 2.3%, while the core yearly CPI is seen at 2.2% from 2.3%.

On Friday, the country will release January Retail Sales, seen increasing by 0.3%, and the preliminary estimate of the February Michigan Consumer Sentiment Index foreseen at 99.7 from 99.8 in January.

With that in mind, the dollar’s strength would depend on how coronavirus-related headline could affect equities. 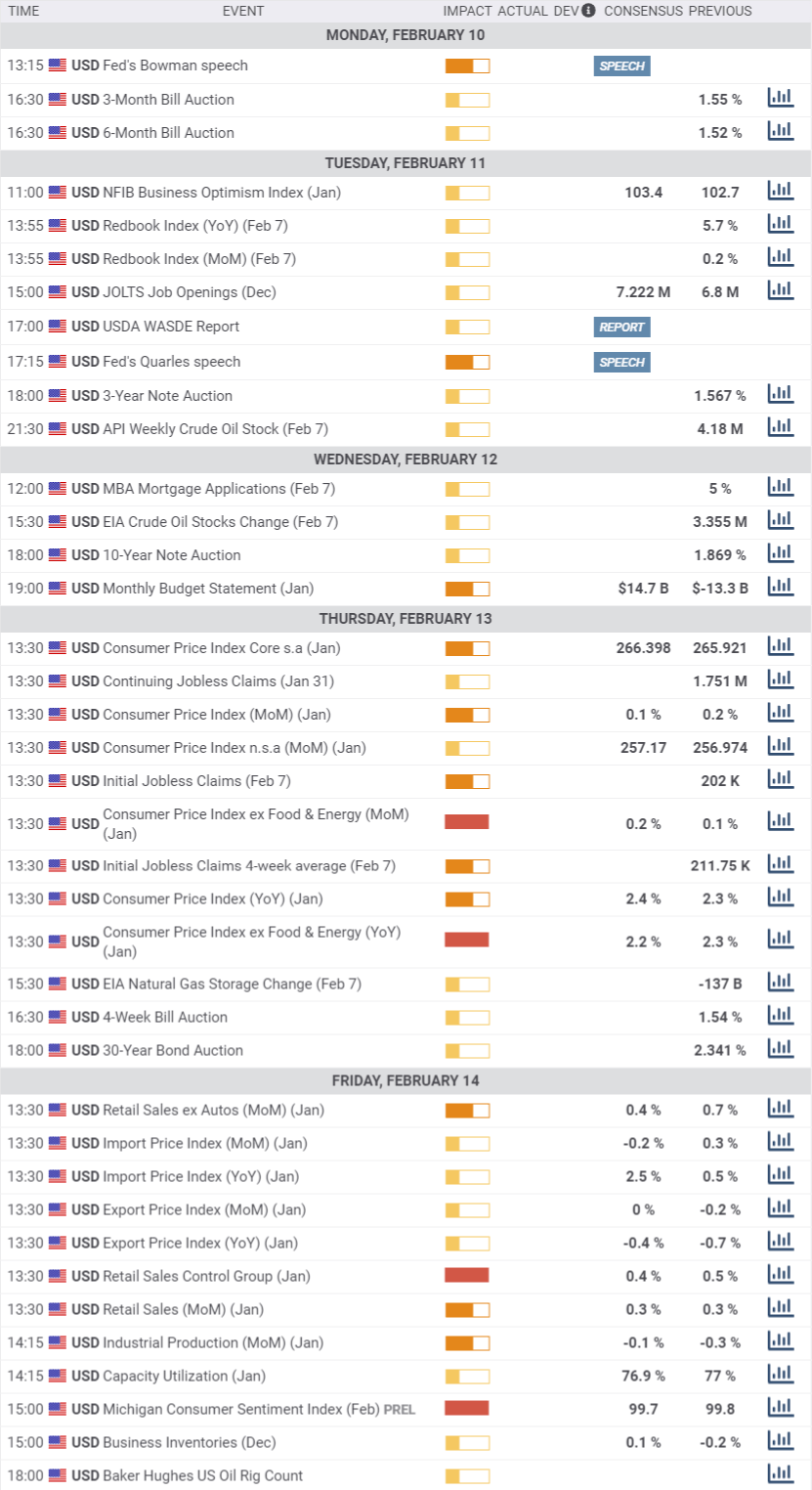 The weekly chart shows that the price is far above all of its moving averages, wihich retain their bullish slopes. Technical indicators, however, have turned lower, the Momentum just above its mid-line but the RSI closer to overbought levels, indicating limited selling interest and keeping the risk skewed to the upside.

Daily basis, the commodity is holding just above a flat 20 DMA, but far above the larger ones. Technical indicators are bouncing from their midlines, also favouring further advances. The immediate resistance is 1,579.60 ahead of the mentioned Fibonacci level around 1,586. An immediate support level is 1,560, ahead of 1,547.40. 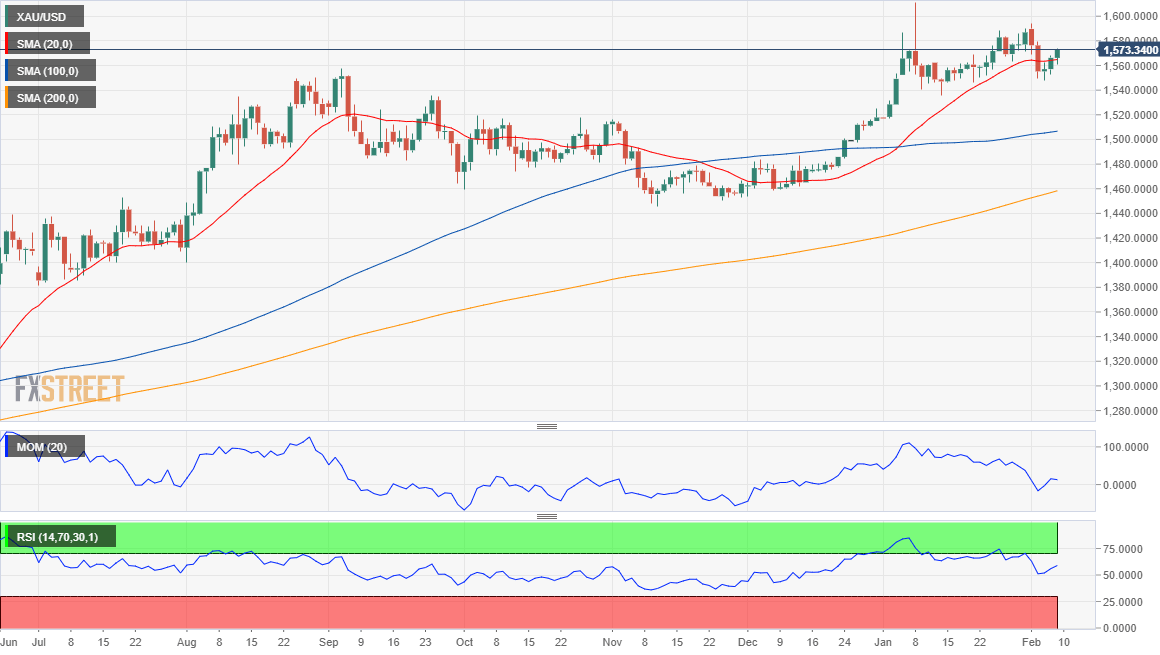 According to the FXStreet Forecast Poll gold is poised to retain its bullish stance. Bulls are a majority in all the time-frame under study but the pair mentioned Fibonacci resistance weighs on investors, as the pair is hardly seen above it. The positive sentiment is stronger in the one-month perspective when it’s seen on average at 1,589.86.

EUR/USD Forecast: A bottom not yet at sight

AUD/USD Forecast: Coronavirus and RBA remain in focus as Aussie eyes the abyss