Nevertheless, the short-term bias is still skewed to the upside. Although frail, the RSI is holding comfortably above its 50 neutral level, while the MACD, despite stabilizing, remains within the positive area and marginally above its red signal line. Meanwhile, the price itself continues to trade above the upward-sloping 20-day simple moving average (SMA) and within the upper bullish Bollinger band area, keeping hopes of further improvement in the market alive for now.

A decisive close above 1,800 is what buyers are currently looking for to fly towards the 1,920 record high. But in a short distance, the 1,825 resistance, which the bulls failed to successfully lift in 2011, could block the way.

Alternatively, the middle Bollinger band (20-SMA) and the tentative ascending trendline both around 1,750 could be the threshold for a more aggressive downside correction that may initially stall around the 50-day SMA (1,730) and then around the lower Bollinger band at 1,705. Lower, the door would open for the 1,670 barrier, a break of which would switch the medium-term picture to a bearish one, signalling the start of a downtrend as well.

Summarising, the precious yellow metal is in neutral mode at the moment. A break above 1,800 or a drop below 1,750 could trigger some volatility accordingly. 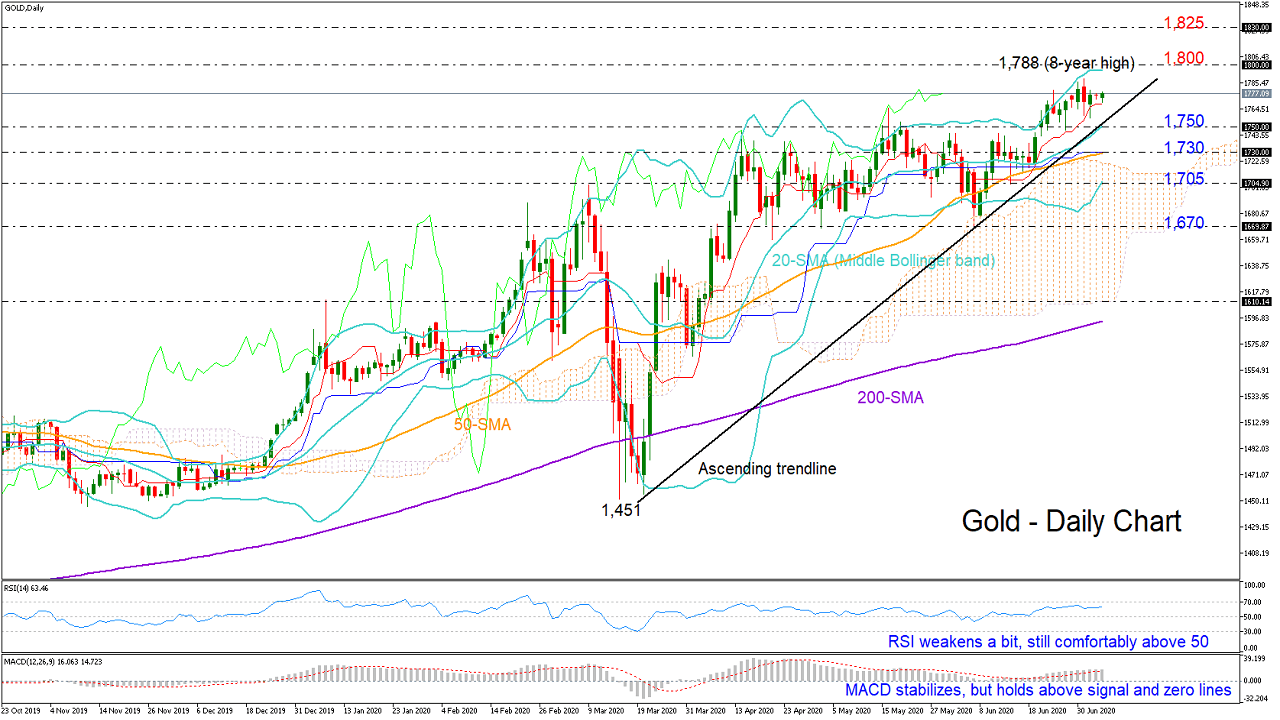