UK stocks and the British pound rose on Friday after the surprisingly positive economic data from the country. According to the Office of National Statistics, the country’s retail sales rose by 1.4% in April after falling by 1.2% in the previous month. This increase led to a year-on-year decline of 4.9%, which was better than the median estimate of -7.2%. Excluding the volatile food and energy products, sales rose by 1.4%. Other numbers published this week showed that the country’s economy was doing well as the unemployment rate fell to the lowest level in decades.

The Japanese yen retreated slightly against the US dollar after the relatively strong inflation data from Japan. The numbers revealed that the closely watched core inflation rose at the fastest pace in seven years. The figure rose to 2.1%, which was in line with what analysts were expecting. The weaker yen contributed to this inflation. Still, these numbers are significantly lower than in other countries. For example, in the US and UK, core inflation stands at over 6%. Therefore, with inflation above the BOJ target of 2%, there is a possibility that the BOJ will start tightening.

Global stocks were in the green on Friday as investors reacted to the latest stimulus in China. In a statement, the People’s Bank of China announced that it had cut its interest rate that underpins mortgage lending. As a result, banks cut the 5-year loan prime rate from 4.6% to 4.45%. This rate cut happened at a time when the Chinese economy is slowing. For example, data published this week revealed that industrial production, which is the main driver for the economy declined by 3%. Retail sales also declined sharply in April.

The USDJPY pair rose slightly after the latest Japanese inflation data. It moved to a high of 127.91, which was slightly above this week’s low of 126.92. It has moved below the 25-day moving average and the important resistance at 129.43. The Relative Strength Index (RSI) and the momentum oscillator have tilted upwards. It has moved slightly below the descending trendline shown in blue. The pair will likely resume the downward trend as bears target the key support at 127. 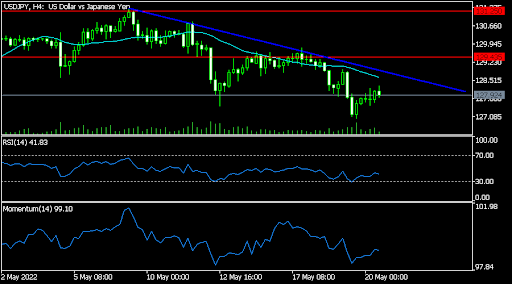 The EURUSD pair rose to a high of 1.0578, which is between the middle and upper side of the Bollinger Bands. It also moved slightly above the 25-day moving average. The Relative Strength Index (RSI) and the Commodity Channel Index (CCI) have pointed upwards. The pair will likely keep rising as bulls target the key resistance level at 1.06446. 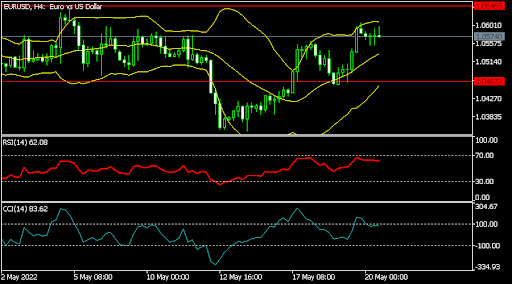 The XBRUSD pair rose after the latest China stimulus. It rose to a high of 110.63, which was slightly above the 25-day moving average. It is also approaching the important resistance level at 114.17, where it has struggled to move above in the past few days. The Stochastic Oscillator has moved slightly above the overbought level. It is also above the ascending trendline shown in blue. Therefore, the pair will likely keep rising. 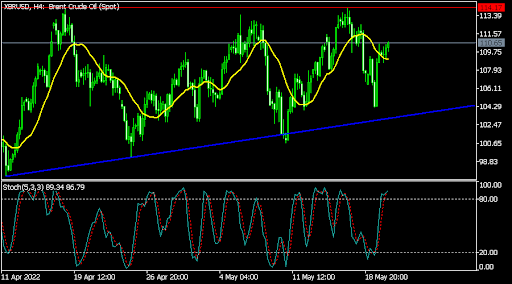