The EURUSD was little changed in the overnight session even after strong economic data from the United States. Data by the Bureau of Labor Statistics showed that initial jobless claims declined sharply last week. Initial claims declined to a pandemic low of 290k while continuing claims fell to a low of 2.4 million. These numbers, coupled with the latest initial jobless claims numbers mean that the labor market is tightening. Further data showed that existing home sales jumped to more than 6 million in October. Later today, the pair will react to the flash manufacturing and services PMI data from the US and the Eurozone.

The GBPUSD pair declined slightly as investors waited for the upcoming UK retail sales numbers that will come out in the morning session. The data is expected to show that the headline retail sales rose by 0.5% in September after falling by 0.9% in the previous month. On a year-on-year basis, the sales numbers are expected to drop by 0.4%. Meanwhile, core retail sales are expected to fall by 1.7% as supply shortages declined and prices rose. The pair will also react to the flash manufacturing and services PMI numbers and a speech by Jerome Powell.

The USDCAD pair tilted higher in the overnight session as the price of crude oil declined sharply. Brent, the global benchmark, declined by 2% to $84.17 while WTI fell by 1.7% to $82. This decline happened as investors worried about demand as the number of Covid cases rose in some countries. As we move to winter, there is a likelihood that the number of cases will keep rising. The pair also declined as investors anticipate strong Canadian retail sales numbers. Analysts expect the data to show that the headline retail sales rose by 2.0% while core sales rose by 2.8%.

The EURUSD pair has stagnated in the past few days. The pair is trading at 1.1625, which is slightly below this week’s high of 1.1667. On the four-hour chart, the pair has moved below the 38.2% Fibonacci retracement level. It has also formed what looks like a double-top pattern while the price is slightly above the 25-day moving average. The MACD has also formed a bearish divergence pattern. Therefore, the pair will likely keep falling today. 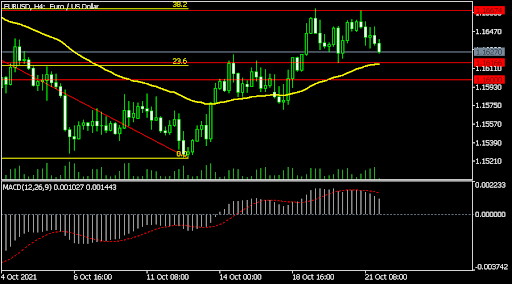 The GBPUSD pair found major resistance at 1.3832. On the hourly chart, the pair also crossed the 25-day moving average. It is also slightly above the chin of the double-top pattern at 1.3832 while the signal line of the MACD has moved below the neutral level. It is also below the dots of the Parabolic SAR. Therefore, the pair will likely keep dropping after the UK retail sales numbers. 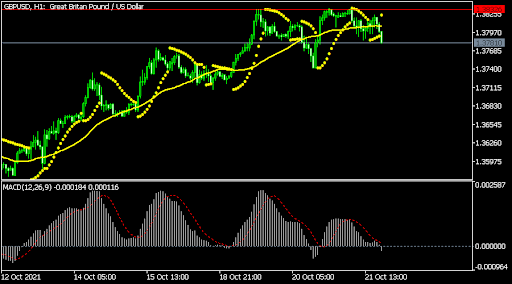 The USDCAD pair staged a major recovery as the price of crude oil declined. The pair moved from a low of 1.2287 to the current level of 1.2380. On the 30-minute chart, it has moved to the upper line of the Bollinger Bands. At the same time, the MACD and the RSI have rallied while the price is above the 25-day moving average. Therefore, the pair will likely keep rising as bulls target the key resistance at 1.2450. 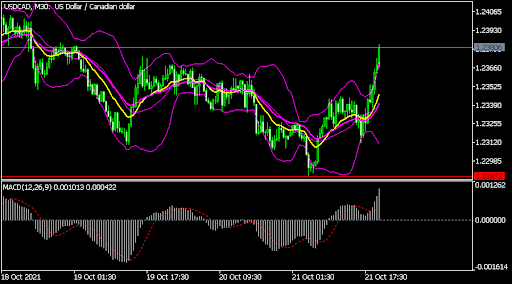