Coronavirus crisis? Not in Britain's labor market, which has shown resilience once again and may help sterling recover – at least while US stimulus talks continue.

The UK's Unemployment Rate has edged up to 5% in November, below 5.1% expected and a low level also in absolute terms. The bigger surprise came from Average Earnings, which accelerated to an annual increase of 3.6% both when including and excluding bonuses. The more recent Claimant Count Change rose by 7,000, also exceeding estimates.

Britain's successful furlough scheme is the main reason employment remains robust, and it will likely be extended as much as necessary. Can government efforts in the vaccination rollout also boost sterling? Nearly 10% of the population has already received at least one shot, and the pace is nearing the 500,000/day target. 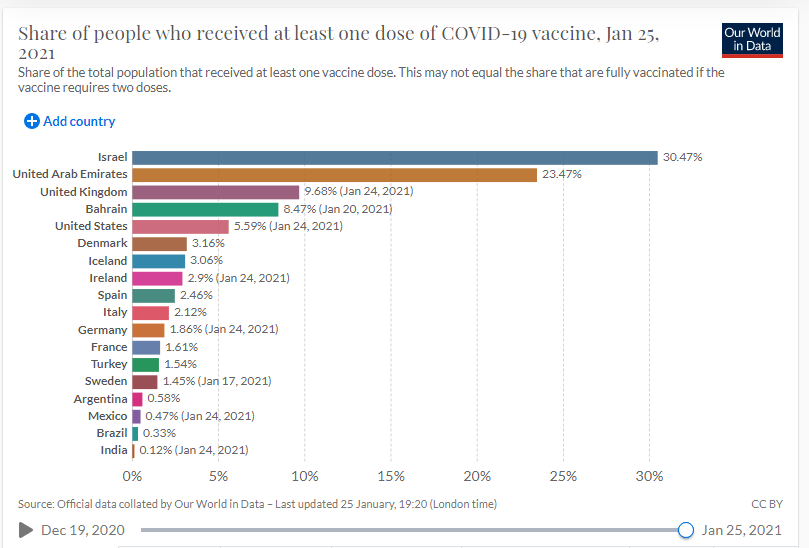 Recent data from Israel has shown that among those who received two jabs, nobody has been hospitalized. The UK's policy to delay the second inoculation has come under scrutiny, but by reaching more people, it may offer at least some protection.

On the other side of the pond, the safe-haven dollar is gaining ground amid concerns that President Joe Biden's stimulus plan is delayed or watered down. The administration is ready to negotiate with Republicans and markets are worried that momentum is lost.

Will Democrats call time after several days of attempts and go it alone? Markets probably expect the White House to climb down from the $1.9 trillion stimulus plan but not to levels above $1 trillion. Headlines from Washington are set to rock the greenback later in the day.

The Conference Board's Consumer Confidence figure for January is also of interest.

All in all, while GBP/USD is on the back foot, there is room for recovery.

Pound/dollar is has dropped below the 50 Simple Moving Average on the four-hour chart but has bounced off the 100 SMA. Momentum has flipped to the downside, but only just – and the currency pair is still holding about the uptrend support line that has been accompanying it since mid-December.

All in all, bulls are not giving up.

EUR/USD has managed to erase its daily losses and turned flat on the day slightly below 0.9700 in the European morning. As investors await IFO surveys from Germany and mid-tier data releases from the US, the cautious market mood limit's the pair's upside.

GBP/USD has recovered above 1.0700 from the all-time low it touched below 1.0400 earlier in the day. GBP bears move to sidelines amid market speculations that the Bank of England could consider an emergency rate hike to stop the currency's depreciation.