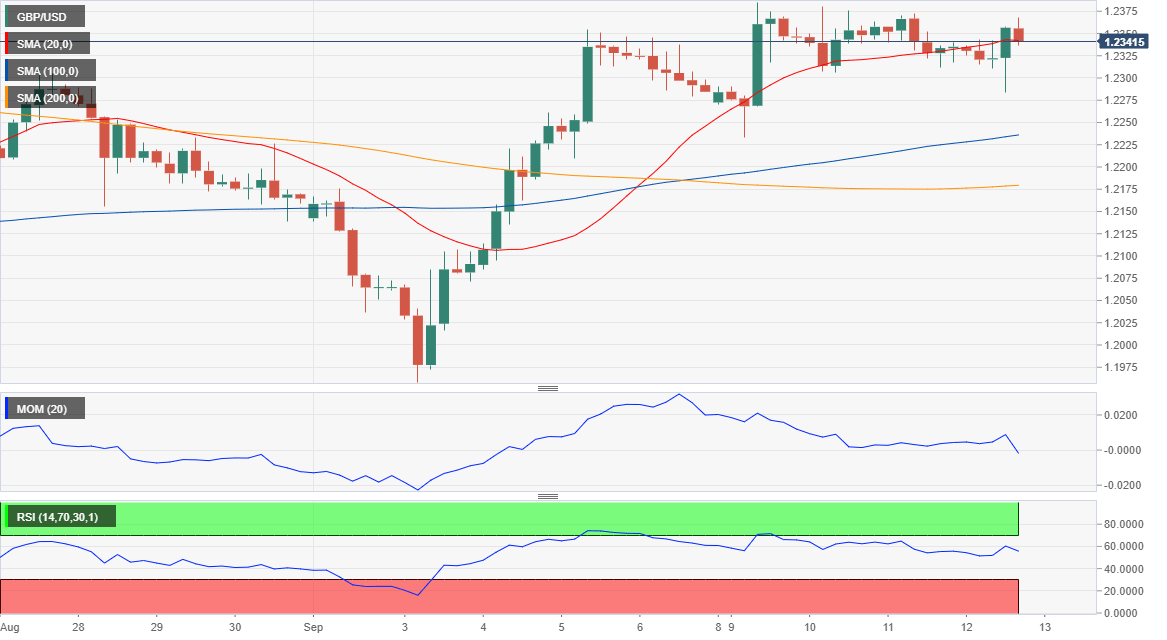 The GBP/USD pair is ending Thursday marginally higher around 1.2340, recovering from 1.2282 a weekly low. The Sterling was dragged lower by the common currency which plunged with the ECB’s announcement, while the dollar got a modest boost from better-than-expected US inflation data. Nevertheless, the pair quickly recovered, also following the lead of its European counterpart, later finding support in news indicating that the EU was preparing to grant the IK another delay to Brexit. According to the leaked document, the European Parliament is planning to offer an extension to avoid a no-deal Brexit. A sign that the EU doesn’t want the UK to crash out of the Union without a deal seems an encouraging hint for Sterling bulls. This Friday, the UK macroeconomic calendar will remain empty.

The short-term picture for the GBP/USD pair is neutral-to-bullish as, in the 4 hours chart, it’s developing above its moving averages after briefly piercing the 20 SMA. Technical indicators in the mentioned chart remain within familiar levels, with the Momentum seesawing around its mid-line and the RSI currently at around 58 with a modest upward slope. The key resistance is 1.2384, the high set earlier this week with more chances of a bullish extension on a break above this last. Slides toward 1.2265 won’t affect the dominant bullish trend, but rather attract buying interest.