The steepening Treasury yield curve and the Federal Reserve's response will be the favored topics in Chairman Jerome Powell's two Congressional appearances this week for his quarterly CARES Act testimony.

Bond volatility this year has focused market attention on the difference between the Fed's stated and official policy of low interest rates, with a 0.25% upper fed funds target, and the bank's uncritical acceptance of a surge in Treasury yields.

Mr. Powell will speak on Tuesday before the House Committee on Financial Services and on Wednesday to the Senate Committee on Banking, Housing and Urban Affairs, along with Treasury Secretary Janet Yellen. Their appearance is mandated quarterly by the Coronavirus Aid, Relief and Economic Security Act (CARES Act), the original pandemic relief bill from March 2020.

Rising interest rates are the classic sign of an overheating economy and a bond market front-running yields and Fed policy.

Although the 10-year yield is 76 basis points higher this year and the 5-year has gained 50 points, these increases are not anticipating an activist Fed policy. The central bank has gone out of its way to assure markets that it will not increase interest rates until, in Chairman's Powell's words, the economy and employment are fully recovered. 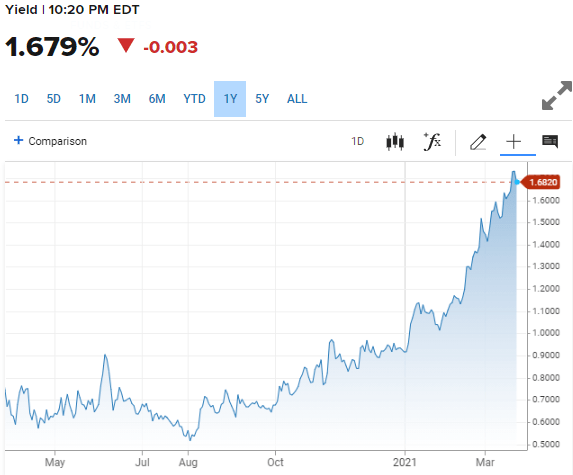 At last Wednesday's FOMC meeting, the first set of Projection Materials for 2021 listed the fed funds rate unchanged through the end of 2023, as it has been since last September.

In his speech and news conference, Mr Powell again assured markets that the bank is committed to accommodative economic support as long as necessary.

The Treasury market was steady on Wednesday after the FOMC meeting, with the 10-year yield, a touchstone for many commercial rates, closing two basis points higher at 1.641%, having been up as much at seven at 1.689%

Calm did not last. Bond prices, which move inversely to yields, skidded sharply on Thursday and the 10-year return jumped nine points to finish at 1.729%, while hitting a 14-month high at 1.754% earlier in the day. Rates retreated somewhat on Monday with the 10-year dropping five points to 1.679% from Friday's finish at 1.732%.

Economic growth in the US is expected to accelerate this year. The Fed's new projections include a forecast for 6.5% GDP expansion this year, up from 4.2% in the previous estimates last September.

Inflation is also headed for a rapid gain with the headline Personal Consumption Expenditure (PCE) Price index rising to 2.4% from 1.8% and the core rate to 2.2% from 1.8%.

In his press responses, Powell repeated that the Fed considers these gains to be temporary due to the base effects from last year's pandemic collapse in prices.

Concerns about growth and inflation are exacerbated by the $3 trillion in stimulus spending from Washington in the past four months. With the latest $1400 payment hitting consumer accounts this month, another burst of spending comparable to the 7.6% jump in Retail Sales in January could be in order. If that encounters lingering supply shortages from the pandemic lockdown, it would add further upward pressure on prices.

A final point of worry is the Fed's new inflation averaging policy. This permits prices to range above the target for the time necessary to produce a 2% inflation rate.

The lack of a definite goal after the inflation success of the last thirty years has somewhat unnerved the bond market. Normally and historically, the Fed would consider a rate hike as soon as inflation flared, taking it as a sign of an overheating economy and the turn of the business cycle.

Equities have taken the rate increases this year in stride. The three major US averages are close to their all-time records.

Once the government's stimulus spending kicks in and the economy is released, however slowly or not, from the remaining pandemic restrictions, growth is expected to accelerate. If the Fed's 6.5% projection is correct it would be the fastest expansion in a generation.

A second reason for the equity complacency is that even with the recent increases, Treasury rates and their commercial reflections, are still well below historical levels.

The US economy averaged about 2.5% annual growth in 2017, 2018 and 2019. This year's expected GDP rate is more than twice as fast as those years. The Fed's confidence that the economy can tolerate higher rates seems well placed given the pace of the forecast US expansion

The dollar has benefited from higher US yields though the greenback's gains have been uneven and currency and rate specific.

With Japanese Government Bond  (JGB) rates largely stable, the USD/JPY has soared 6% this year, the best US gain in the majors. 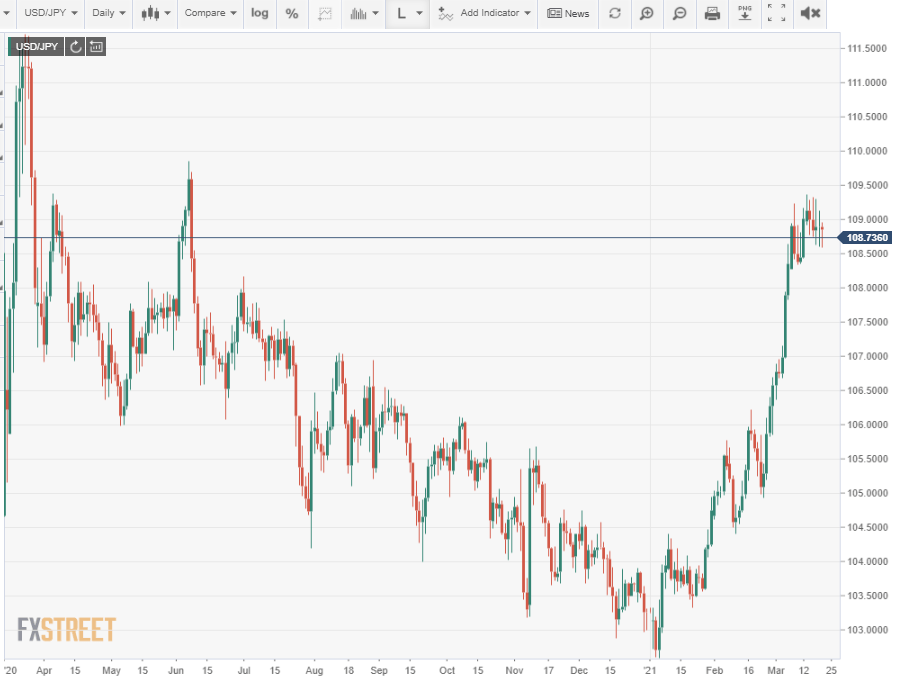 European and British sovereign rates have improved but less than Treasuries and the dollar is 3.4% and 2.6% higher in those pairs.

In contrast, against the Canadian dollar, whose bond rates are in step with the US and whose resource economy would be a main beneficiary from a global expansion, the US dollar has lost 2.6% this year. 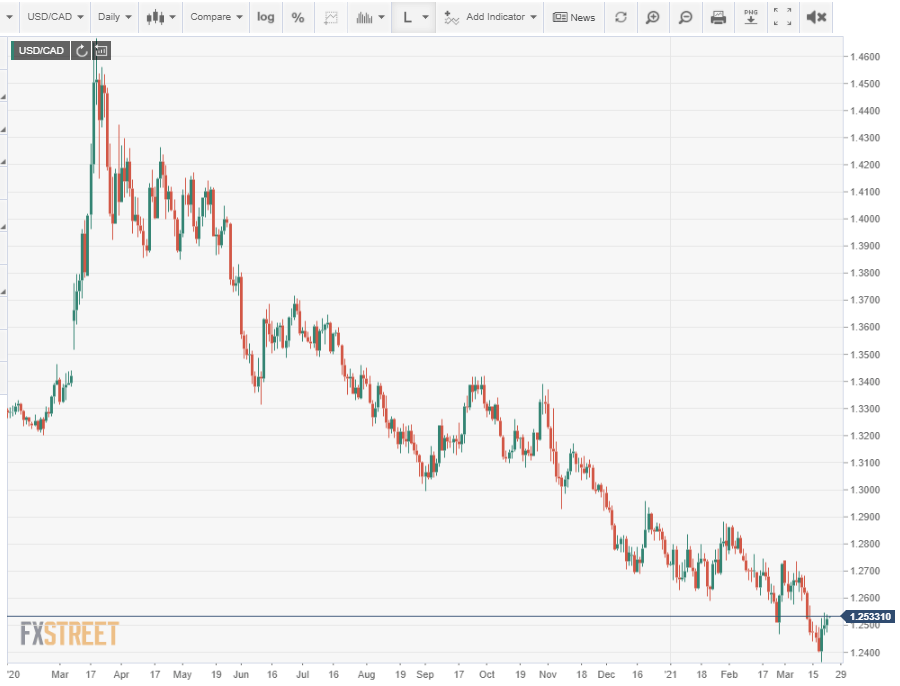 The Federal Reserve and its chief spokesman Chairman Jerome Powell have been on a policy and rhetorical tightrope this year.

Committed to low rates and accommodative monetary conditions until the US is fully recovered, with $3 trillion in stimulus spending flooding into the economy just as growth and consumption are set to accelerate, the conditions for inflation and even an overheating cycle are closer than they have been since the housing bubble of the last decade.

Rising Treasury and commercial rates are not just a sign of a healing economy. Higher interest rates are a hedge against inflationary and growth excesses.

Gold seesaws between gains and losses this Thursday, although holding near the lower end of its weekly range. XAU spiked early in the US session to post a daily high of $1,853.5, currently trading at around $1,847.