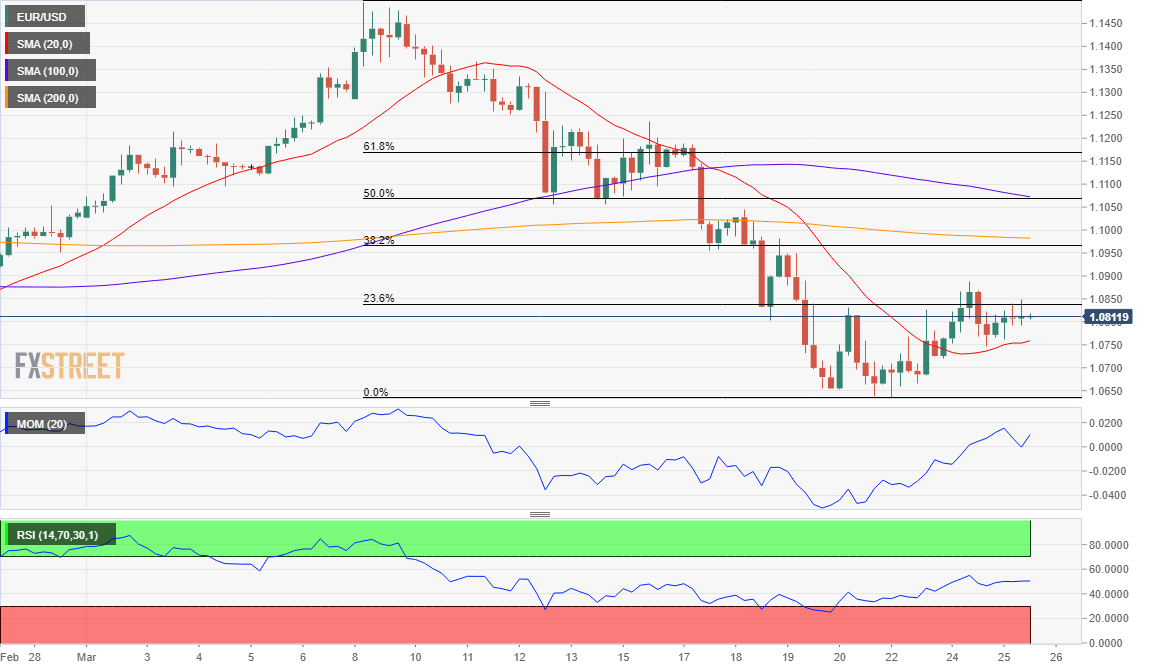 The EUR/USD pair recovered the 1.0800 threshold this Wednesday amid optimistic speculative interest. On Tuesday, US equities posted one of their best days ever, recovering sharply on the back of US Federal Reserve’s stimulus announcements. The mood remained upbeat throughout the Asian session, as US politicians came to an agreement on a $2B stimulus package that will likely be approved by Congress later this week.

Nevertheless, the pandemic that is hitting the world continues spreading, with no signs of peaking outside China. The death toll in Italy and Spain have largely surpassed that of China, while the numbers of cases in the US is above 55,000, only below Italy and China. Still, US President Trump is calling to re-open the country economy by Easter.

Germany released the March IFO Survey, which was worse than expected. The Business Climate was confirmed at 86.1, following a preliminary estimate of 87.7. The US released February Durable Goods Orders, which were up by 1.2% in the month, much better than anticipated, although Non-defense  Capital Goods Orders ex Aircraft fell by 0.8%. The report was ignored by market players.

The EUR/USD pair is unable to advance beyond a Fibonacci resistance level at 1.0840, the 23.6% retracement of the latest daily decline. The 4-hour chart shows that the pair is holding above a flat 20 SMA, although below the larger ones, which maintain modest bearish slopes. The Momentum indicator keeps retreating within positive levels, while the RSI lacks directional strength around 49, offering a neutral stance.