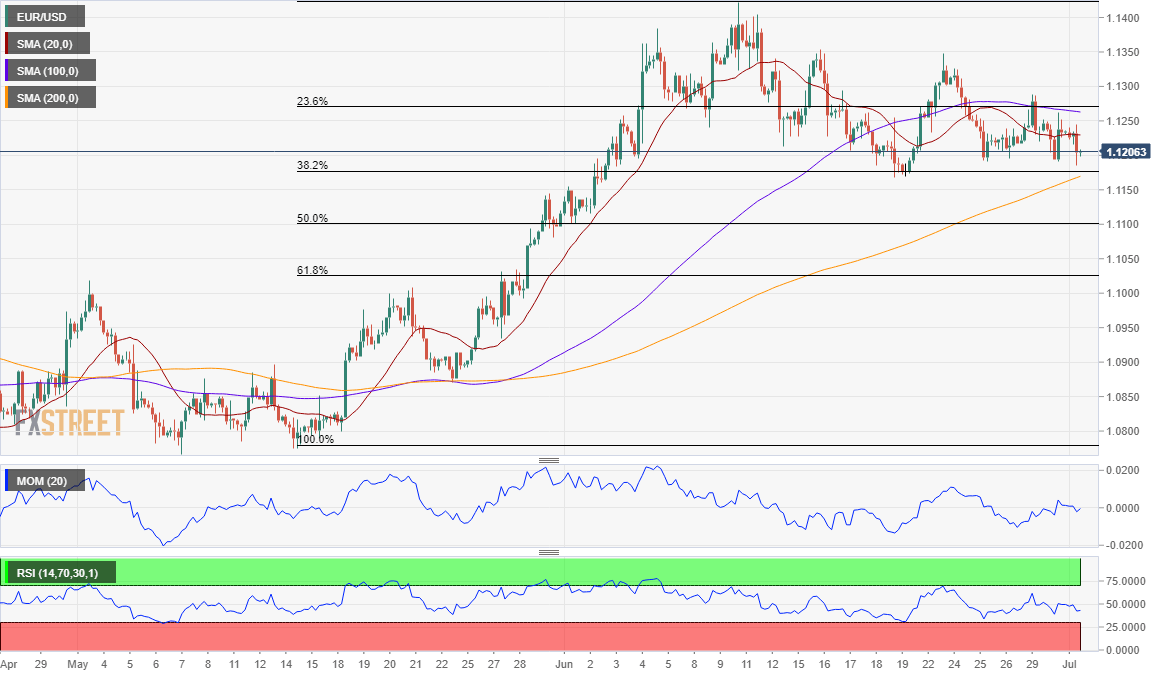 The EUR/USD pair was unable to leave the 1.1200 price zone throughout the first part of the day, despite encouraging data coming from the EU, and as the market sentiment took a turn to the worse, with investors rushing into the dollar as equities fall. German Retail Sales rose by 13.9% in May and when compared to April, and were up 3.8% yearly basis, much better than anticipated. The final versions of Markit Manufacturing PMIs indicated that output in the Union has continued to improve, as the EU index surged to 47.4, while the German one was upwardly revised to 45.2.

In the US, the Challenger Job Cuts report showed that US-based employers cut over 1.2 million jobs in the second quarter, the highers on record, although in June, cuts totaled 170,219, down 57% from May’s total of 397,016. The ADP employment survey showed that the US private sector added 2.3 million jobs in June, below the 3 million expected. However, May’s reading was revised from -2.76M to +3.06M.

The EUR/USD pair is hovering around 1.1200, under pressure amid rising risk aversion. While holding within familiar levels, the bearish case is firming up, although a break below the 1.1170 price zone is required to confirm so.

The 4-hour chart shows that the pair is still unable to advance beyond a flat 20 SMA, currently around 1.1230, while technical indicators turned south, entering negative levels. The 100 SMA has turned marginally lower, now converging with the immediate Fibonacci resistance at 1.1270.