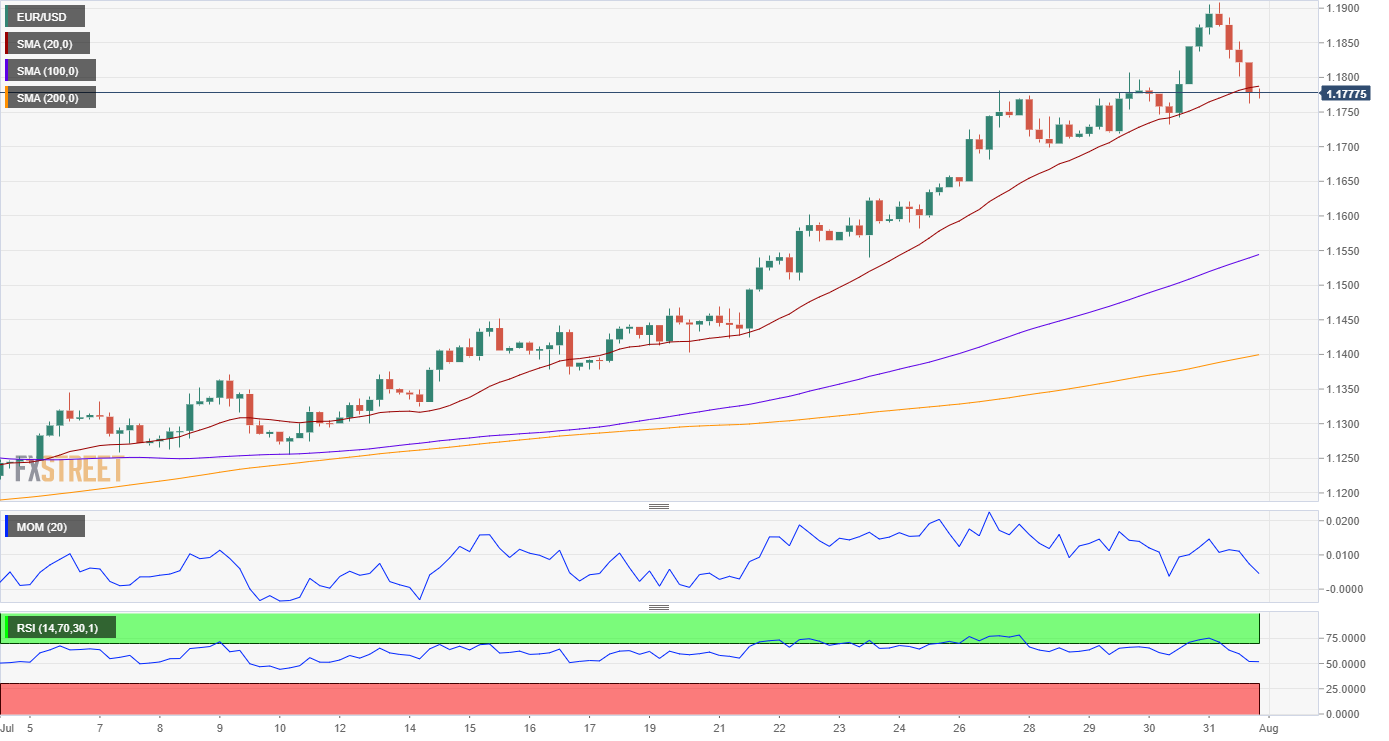 The EUR/USD pair closed the week with gains, but of a multi-month high of 1.1908, as profit-taking and extreme oversold conditions helped the dollar to recover some ground. Nevertheless, the greenback was once again the biggest loser, hit by an extremely concerned US Federal Reserve and a record slump in GDP, down by 32.9% in the second quarter of the year according to preliminary estimates. Even further, the pandemic situation remains harsh. The number of new daily deaths is on the rise, while daily contagions have stabilized in the US above 60,000 a day.

Data released on Friday helped the greenback, as Germany reported June Retail Sales, which came in better-than-anticipated, declining in the month by 1.6%, but the EU preliminary estimate of Q2 GDP collapsed by 12.1%, worse than anticipated. As for the US, the country reported the final version of the Michigan Consumer Sentiment Index, which was downwardly revised to 72.5 in July.

A busy week will start with the release of the final versions of July Markit Manufacturing PMIs for all major economies, generally expected to suffer upward revisions. The US will also publish the official ISM Manufacturing PMI for the same month, foreseen at 54 from 52.6.

The EUR/USD pair has finished the week in the 1.1770 price zone, retaining its long-term bullish stance. The pair is trading above the 23.6% retracement of its July’s advance, an immediate support level at 1.1737. The daily chart shows that technical indicators are retreating from extreme levels but still in overbought territory, as the 20 DMA maintains its bullish slope far below the current level. In the shorter-term, and according to the 4-hour chart, the bearish potential seems limited, as the pair is struggling with a bullish 20 SMA, while technical indicators are losing their bearish strength just above their midlines. The corrective decline could continue on a break below the mentioned Fibonacci support level, while bulls will retake control on an advance beyond 1.1815.