The euro was little changed against top currency pairs today after the modest Eurozone inflation numbers. According to Eurostat, the Eurozone consumer prices rose by 0.9% in March after rising by 0.2% in the previous month. This increase led to an annualised gain of 1.3%. The core CPI increased by 0.9% month-on-month and by 1.0% year-on-year. These numbers are below the European Central Bank (ECB) target of 2.0%. They are also substantially below the US CPI, which came in at 2.6% on Tuesday this week. Further data revealed that the EU trade surplus expanded to more than 17.7 billion euros from the previous 11 billion euros. Additionally, the auto sector rebounded in March, with registrations in Germany rising by 50%.

The Australian dollar and crude oil prices reacted mildly to the latest China GDP numbers. The Aussie held steady at 0.7745 against the US dollar while Brent rose slightly to $67. Data from China, the second-biggest economy, showed that the economy expanded by 0.6% in the first quarter after rising by 2.6% in Q4. This growth was lower than the expected 1.5%. The economy also rose by 18.3% year on year. This was expected since the economy shrunk in the first quarter of 2020 as the pandemic started. In March, retail sales rose by 34.2%, beating the analysts forecasts of 28%. The unemployment rate fell to 5.3% in March.

The US dollar is on track to have a weekly decline even after the strong numbers released this week. The currency has fallen against most currencies like the euro, sterling, and Japanese yen. On Tuesday, data by the Labour Department revealed that the headline CPI rose by 2.6% in March mostly because of higher gasoline prices. On Thursday, data showed that retail sales surged in March because of the $1.9 trillion stimulus. This price action is therefore because the market is unconvinced that the growth will be sustainable. This is evidenced by the overall weaker bond yields.

The AUD/USD is trading at 0.7745. On the hourly chart, the price is at the same level as the 25-day moving average. Also, the price has formed a bullish pennant pattern that is shown in yellow. In technical analysis, this pattern is usually a continuation pattern. The Relative Strength Index (RSI) has formed a bearish divergence pattern. Therefore, while the pair will likely end the week at the current range, there is a possibility of a bullish breakout next week. 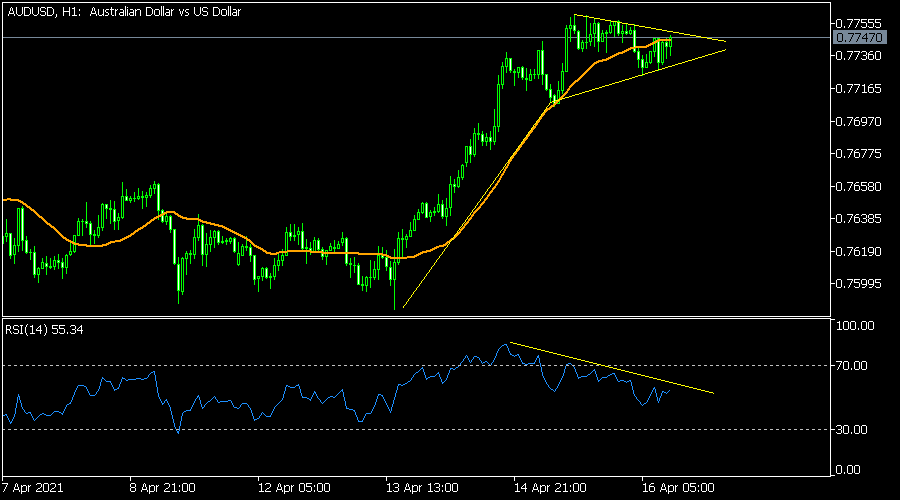 The EUR/USD was little changed after the Eurozone inflation numbers. On the hourly chart, the pair has formed an ascending triangle pattern that is usually a bullish sign. The pair has also moved above the Ichimoku Kinko Hyo cloud and the 25-day moving average. The signal and histogram of the MACD have also moved above the neutral level. Therefore, the pair may soon break-out higher, with the next level to watch being 1.200. 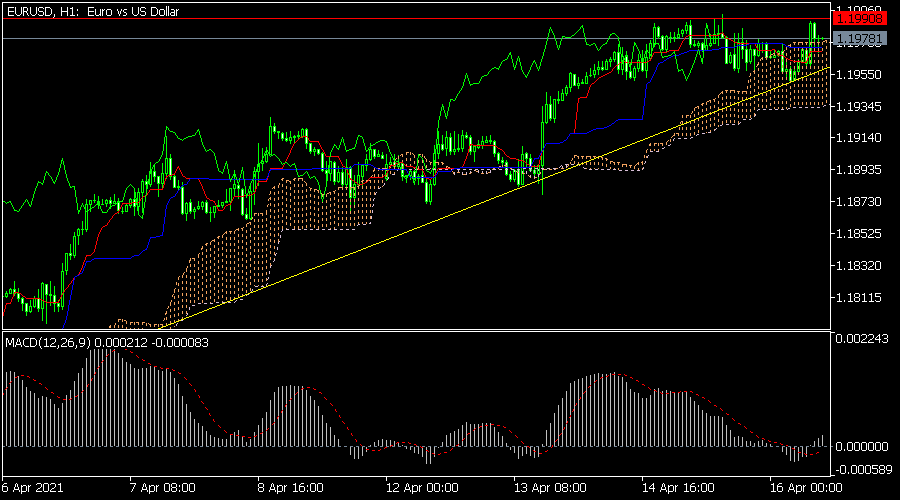 The USD/CHF pair declined slightly after relatively weak Swiss PPI data. On the four-hour chart, the pair is slightly above the 50% Fibonacci retracement level. It has also moved slightly below the previous support at 0.9187 and the envelopes indicator. The Relative Strength Index (RSI) is also pointing lower. Therefore, the pair may keep falling, with the next target being at the 61.8% retracement at 0.9097. 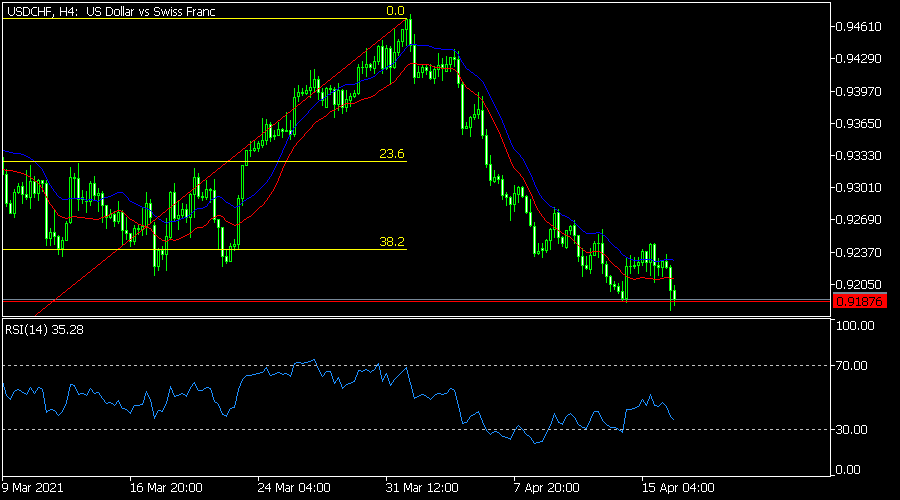