The EUR/USD lost some ground following the release of preliminary statistics on the consumer price index in the Eurozone that in November slowed to 1.4% compared to 1.5% in the previous month. However, euro bulls got some support from the data release on German retail sales which grew 2.3% for November against the 1.0% forecasted.

Traders were quick to change their mood following the release of anticipated jobs data in the US. The unemployment rate remained at 4.1% but the non-farm payrolls were only 148,000 against the 190,000 forecasted. This was a strong negative for the US dollar, but the holiday season in December that could hurt the labour market should be taken into consideration. The greenback is also reacting to abnormally cold weather that is likely to impact the growth of GDP in the US for the first quarter.

The USD/CAD is falling sharply today amid depreciation of the US dollar and due to the unexpected growth in the number of employed in Canada by 78,600 in December versus the 1,800 predicted and the decline in the unemployment rate by 0.2% to 5.7%. These factors were able to offset the trade deficit that was 2.5 billion in November compared to the average forecast around 1.2 billion.

The AUD/USD resumed positive dynamics after the news of the disappointing US labour market report. Earlier the pair’s quotes were adversely influenced by the deficit of the Australian trade balance of 0.63 billion against the forecasted surplus of 0.55 billion. Aussie bulls lately have been cheered by positive dynamics of commodities.

The EUR/USD price demonstrates a positive impulse and in case of gaining a foothold above 1.2070, we may see growth continue with the nearest objective at 1.2200. The RSI is far from the overbought zone which indicates that the current impulse is not yet exhausted and may continue later today. On the other hand, investors may be in no hurry to accumulate positions ahead of the weekend. 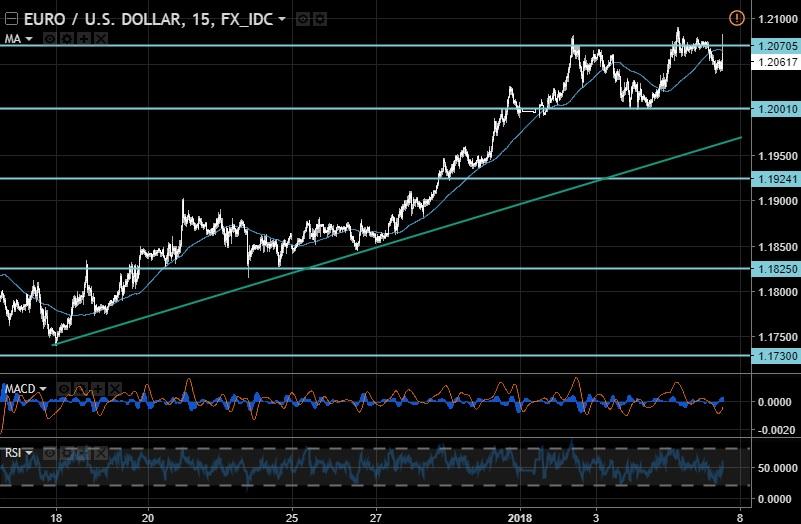 The USD/CAD after a long consolidation around the upper limit of the local descending channel has shown a sharp descending move and reached the 1.2365 support line and the lower boundary of the channel. The RSI has reached the oversold zone and this points to a possible upwards rebound with the nearest targets at 1.2450. 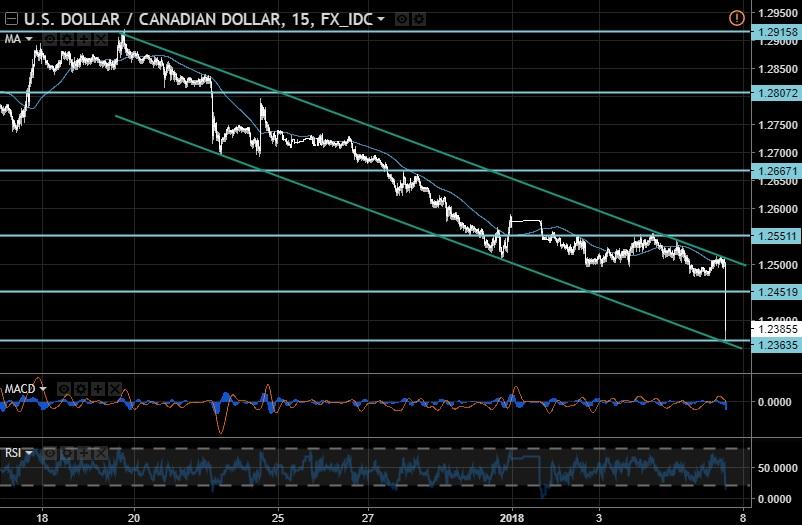 The AUD/USD resumed the ascending movement within the confident ascending trend. The next goal in case of maintaining the current direction will be 0.7900 and overcoming it is likely to become a basis for the price to grow to 0.8000. The possible correction may to be limited by the inclined support line. 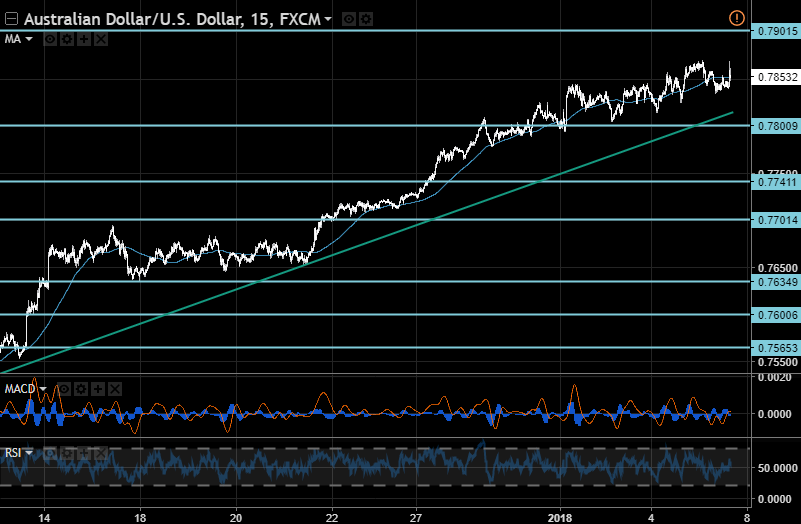