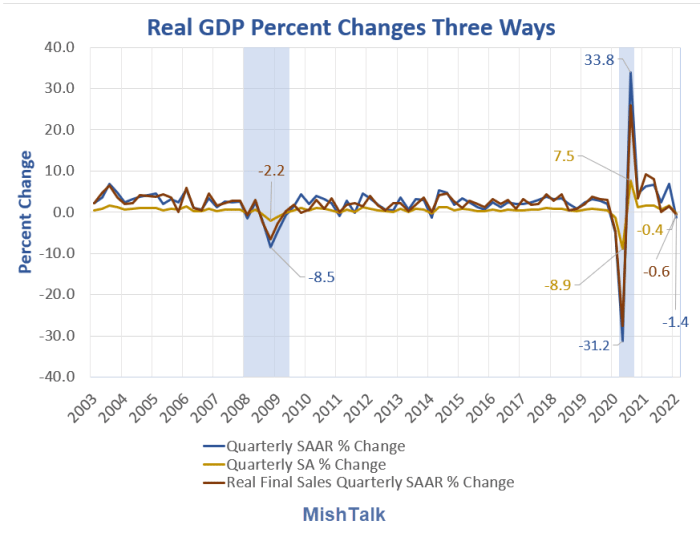 That equation causes confusion. It "appears" as if we need to subtract imports, but that's not what's really happening. 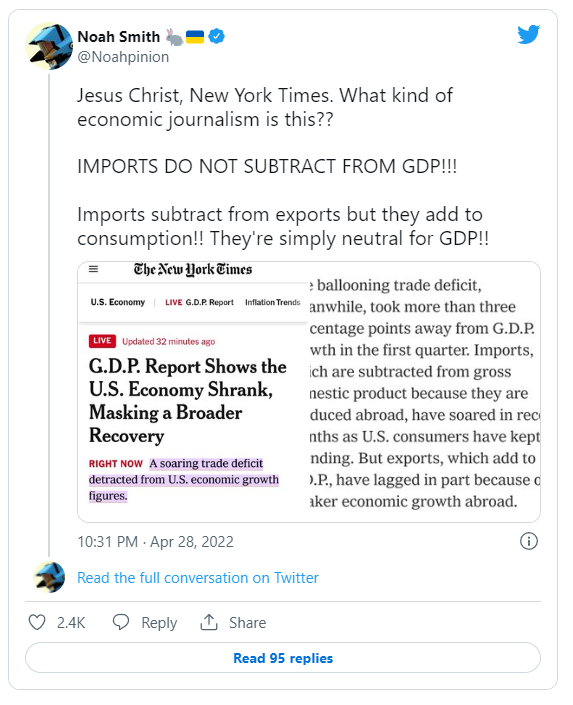 I was asked if Noah was correct. Yes, he is. 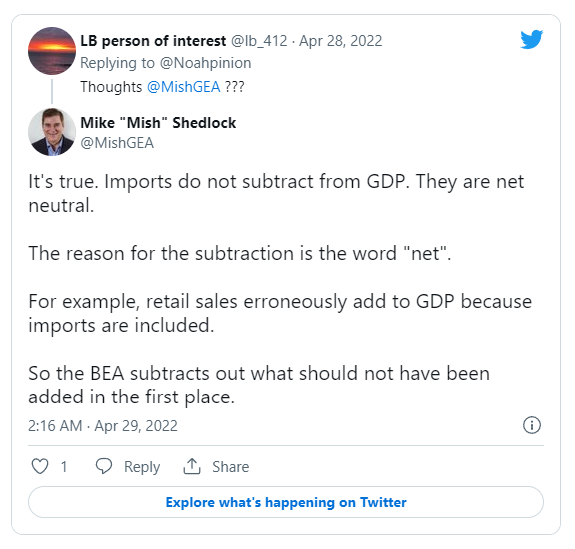 In my Tweet I said the reason for the subtraction is the word "net".

Instead, I should have emphasized Gross DOMESTIC Product.

Imports have nothing to do with "domestic". But it's not exactly easy to subtract imports from retail sales.

So, the formula subtracts what should not have been counted in the first place.

It's not the imports that matter to GDP but exports. But the balance does add to the trade deficit.

Imports are irrelevant to GDP but the US dollar is worth a discussion. 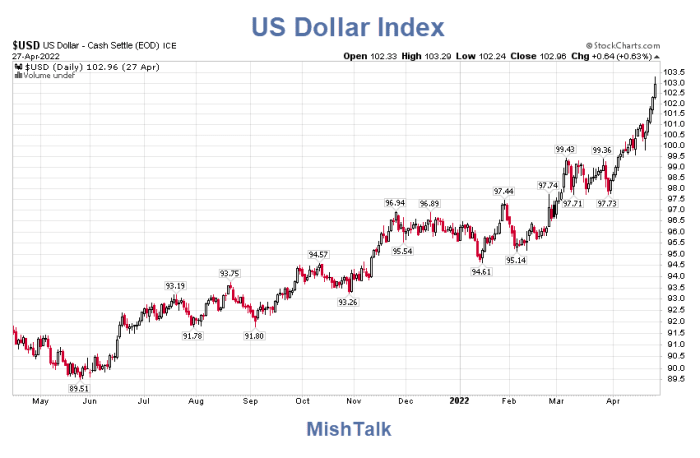 US dollar chart courtesy of StockCharts.Com

US Dollar vs Japanese Yen 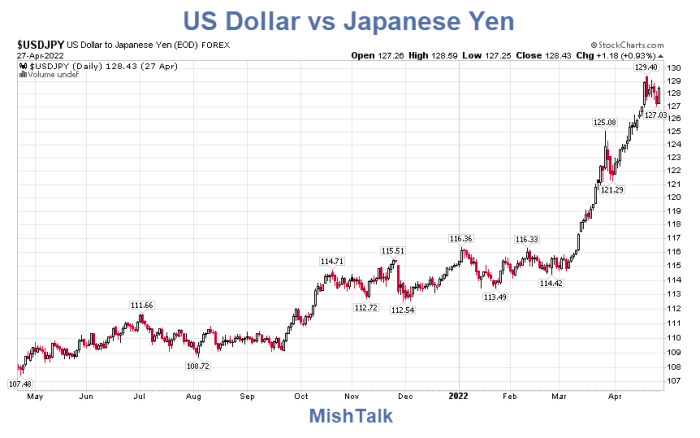 US dollar/Yen chart courtesy of StockCharts.Com

That chart is from yesterday. As I type, the Yen fell to 130.87. In this currency pair, a rising chart represents a sinking currency.

A strong dollar makes US exports expensive and imports cheap.

I am surprised the Biden administration is not moaning loudly about the plunging Yen and euro causing huge trade deficits. 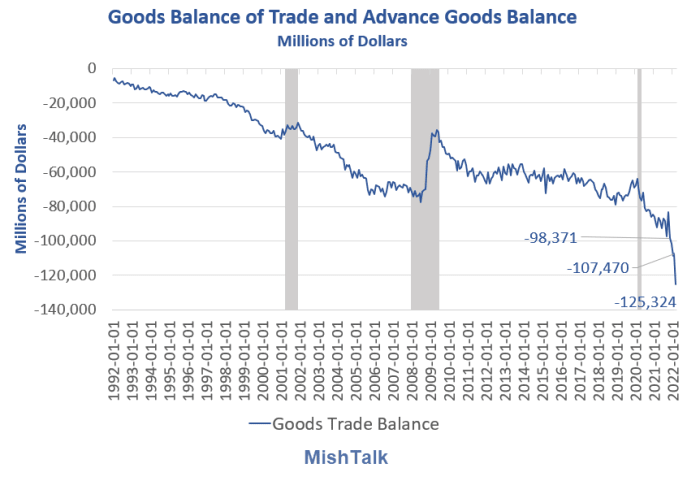 Balance of Trade data from Census Department, chart by Mish

The US registered its biggest goods trade deficit in history, by far.

For discussion, please see Investigating a Shocking Increase in the Trade Deficit and Economists' Blown Forecasts

For discussion of the GDP, please see GDP Declines 1.4% in First Quarter of 2022 Sounding Recession Bells

Hopefully this ties all the pieces together. The only thing missing is Biden administration whining about the strong dollar.