The British pound rose after the UK published the relatively strong inflation data. According to the Office of National Statistics (ONS), the headline consumer price index rose from 0.5% in July to 0.7% in August. This growth translated to an annualized gain of 3.2%, the highest level in years. Similarly, the core CPI rose from 1.9% to 3.1%. This growth happened because of the country’s Eat Out to Help Out program that rewarded Britons for eating in restaurants last year. Therefore, analysts believe that the CPI will start moderating in the coming months. Meanwhile, the retail price index rose from 3.8% to 4.8% while the PPI rose from 10.4% to 11%. Some analysts believe that the Bank of England will become the first major central bank to hike interest rates next year.

The euro rose against the US dollar after the strong Eurozone industrial production data. Numbers published by Eurostat showed that the bloc’s industrial production rose to 1.5% in July, leading to a year-on-year increase of 7.7%. The two numbers were better than the median estimates of 0.6% and 6.3%. Additional data from Europe revealed that the French CPI rose from 1.2% in July to 1.9% in August. In Italy, the CPI increased from 1.9% to 2.0%. These numbers came two days ahead of the official EU inflation data. The next key catalyst for the euro will be speeches by key European Central Bank (ECB) members like Christine Lagarde, Schnabel, and Lane.

Global stocks were relatively mixed as investors assessed the latest inflation data. In Europe, the DAX declined by 0.12% while the CAC 40 and Stoxx 50 fell by more than 0.30%. In the UK, the FTSE 100 index rose by about 0.10%. Elsewhere, in the United States, futures tied to the Dow Jones, S&P 500, and Nasdaq 100 indices rose by more than 0.20%. This performance happened after the US published relatively weak consumer inflation data. The performance also happened after China’s Xi Jinping ignored Biden’s call for direct talks. Meanwhile, in Asia, casino stocks shed more than $18 billion worth of value as China seeks more oversight of the industry.

The EURUSD pair was little changed as the market assessed the latest economic data from the US and Europe. The pair is trading at 1.1825, where it has been in the past few days. This price is along the middle line of the Bollinger Band. It is also along with the 25-day and 15-day moving averages while the Relative Strength Index (RSI) remains at 53. The pair has also formed a head and shoulders pattern whose neckline is at 1.1770. Therefore, the pair will likely breakout lower in the coming days. 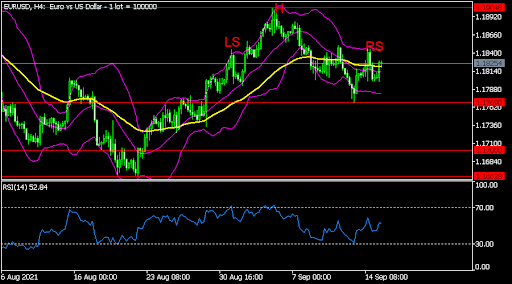 The USDCHF pair declined to an intraday low of 0.9170, which was the lowest level since Monday. On the four-hour chart, the pair has moved below the 23.6% Fibonacci retracement level. It has also moved below the 25-day moving average. Also, the pair is between the key support and resistance levels at 0.9132 and 0.9230. Therefore, the pair will likely break out lower as bears target the key support at 0.9132. 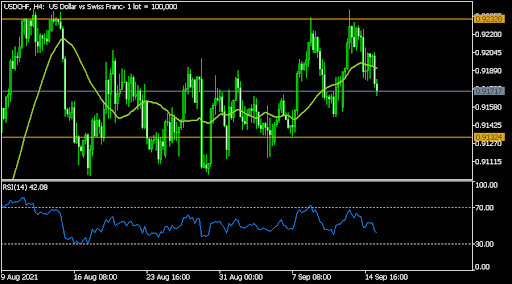 The EURGB pair broke out above the upper side of the bearish flag pattern even after the latest UK inflation data. The pair rose to 0.8560, which is the highest level since September 9. On the four-hour chart, the pair is slightly below the 38.2% Fibonacci retracement level. It has also moved above the 25-day moving average. Therefore, the pair will likely keep rising as bulls target the key resistance at 0.8580. 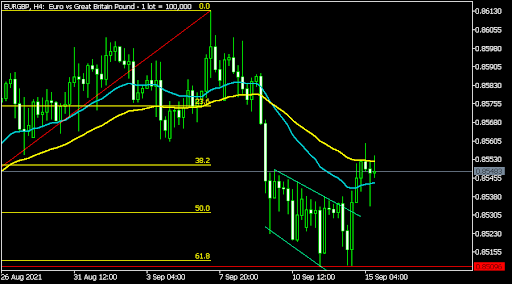