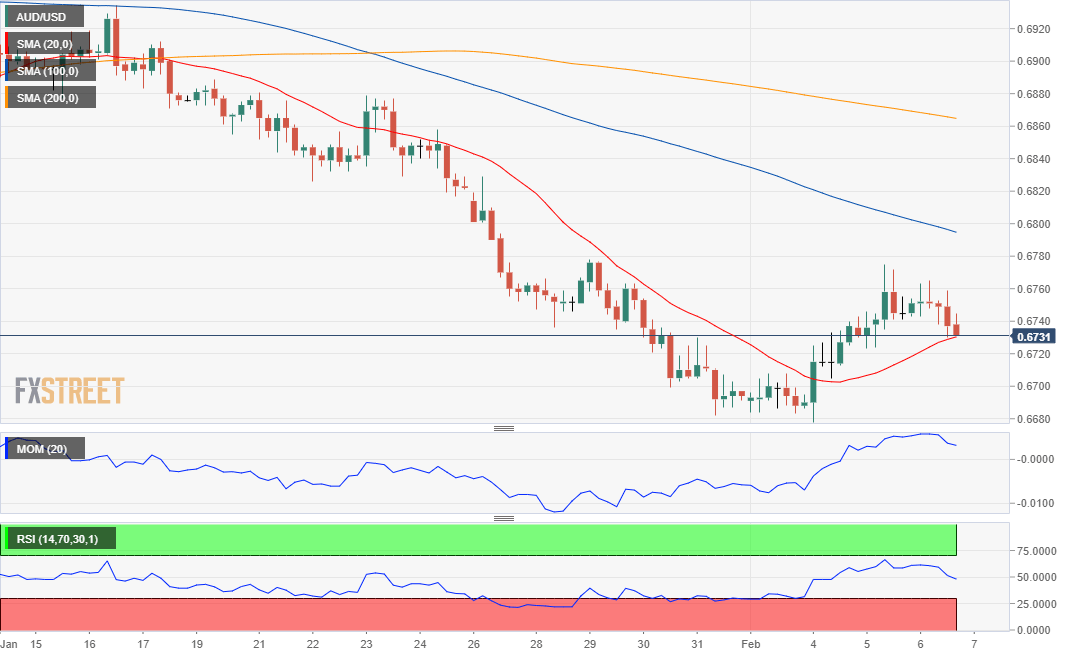 The AUD/USD pair ends Thursday with modest loses in the 0.6730 price zone, having spent the day within Wednesday’s range. Australian data released at the beginning of the day limited Aussie’s bullish potential, as the December Trade Balance printed at 5223M missing the market’s expectation of 5950M. Furthermore, Retail Sales fell by 0.5% in December, worse than the -0.2% anticipated.  During the following sessions, the pair was trapped between the dollar’s strength and rallying equities.

Friday will start with the release of the January AIG Performance of Services Index, previously at 48.7, and a speech from RBA’s Governor Lowe. Also, the central bank will release its Monetary Policy Statement. In the meantime, China will release its January Trade Balance, foreseen posting a surplus of $38.64B. In dollar terms, imports are seen down by 6.0% while exports are seen declining by 4.8%.

The AUD/USD pair is showing an increased bearish potential in its 4-hour chart, as it’s pressuring a bullish 20 SMA, while below the larger ones which continue to head south. Technical indicators have eased sharply, approaching their midlines but still within positive levels. Below 0.6700, the pair is set to retest a multi-year low at 0.6670 while below this last, a steeper decline could be expected.