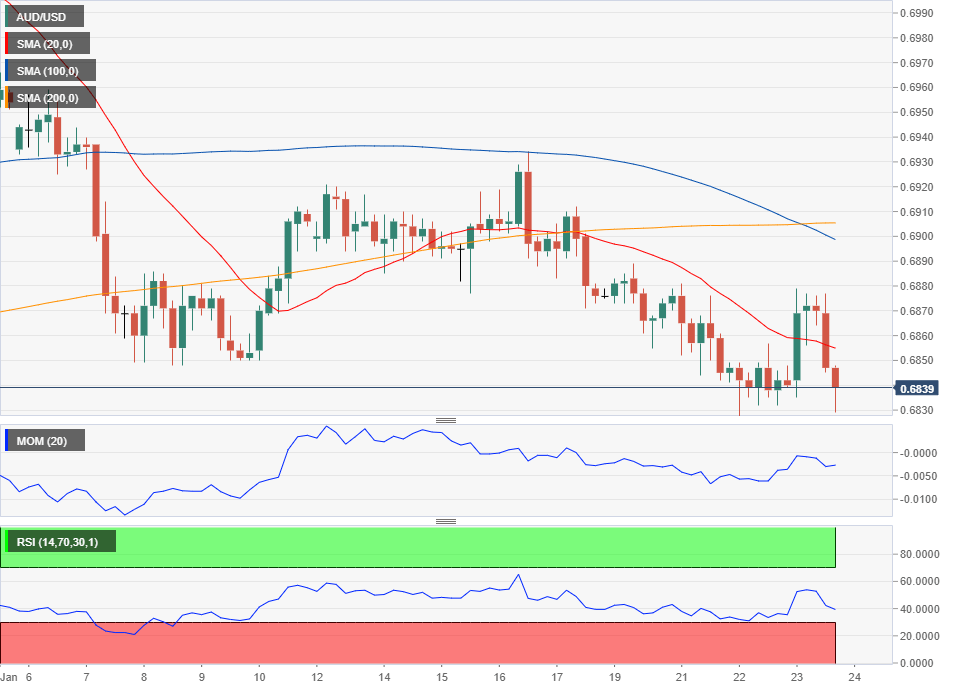 The Aussie enjoyed some demand early Thursday, rising against the greenback to 0.6878. The catalyst was a better-than-expected Australian employment report, as the country added 28.9K new jobs in December, almost doubling the expected 15K. The unemployment rate improved to 5.1%, while the participation rate remained steady at 66%. On a down note, full-time jobs were down by 0.3K in the month, while part-time jobs were up by 29.2K. Also, January Consumer Inflation Expectations in the country resulted at 4.7% in January, better than the 3.8% expected.

This Friday, Australia will release the preliminary January Commonwealth Bank Services PMI, seen at 49.5 from 49.8 previously, and the Manufacturing PMI expected at 49 from 49.2 in December. Those numbers should add pressure on the Aussie as they would revive chances of an upcoming rate cut from the RBA. The dominant risk-averse sentiment also weighed.

The AUD/USD pair is bearish according to technical readings in the 4-hour chart, as the pair is developing below all of its moving averages, and with the 20 SMA heading firmly lower below the larger ones. Technical indicators have retreated from neutral levels, the Momentum heading south and the RSI stable at around 42, both favoring additional slides, particularly on a break below 0.6800, now the immediate support.