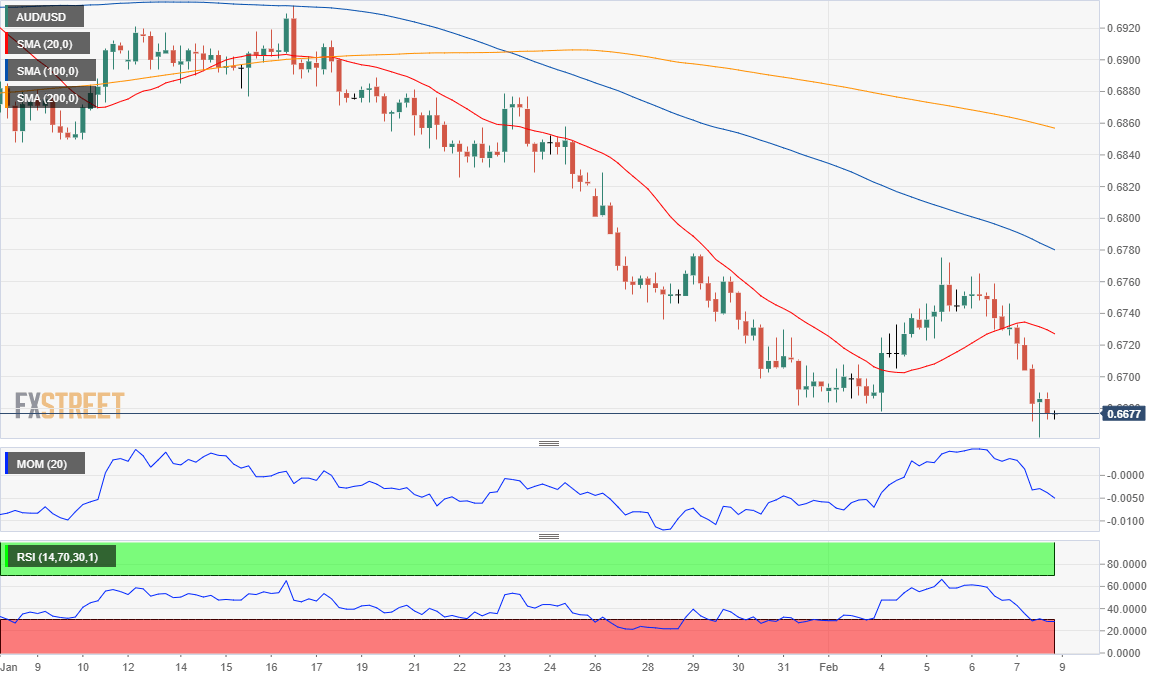 The AUD/USD pair fell to 0.6661 on Friday, its lowest since 2009, to close the week a few pips above this last. The RBA released the Minutes of the latest monetary policy meeting, and the key takeaway was that the central bank is in no rush to cut rates further. Nevertheless, a rate hike is also out of the table, as economic growth has been downwardly revised to 1.9% for the year to June, from a previous estimate of 2.6%. Policymakers believe that growth would accelerate to 2.7% by the end of this year.

Attention will shift to China at the beginning of the week, not only because of the coronavirus outbreak but also because the country will release January inflation figures and money data. The annual CPI is foreseen at 4.9% as the monthly inflation is expected to have increased by 0.8%. Australia won’t release macroeconomic data this Monday.

The daily chart for the AUD/USD pair shows that technical indicators resumed their declines after correcting extreme oversold conditions, while the pair develops far below all of its moving averages, which support a bearish continuation. In the 4-hour chart, technical indicators settled near oversold levels, while the pair accelerated south after failing to surpass its 20 SMA, all of which supports a bearish continuation in the upcoming sessions.