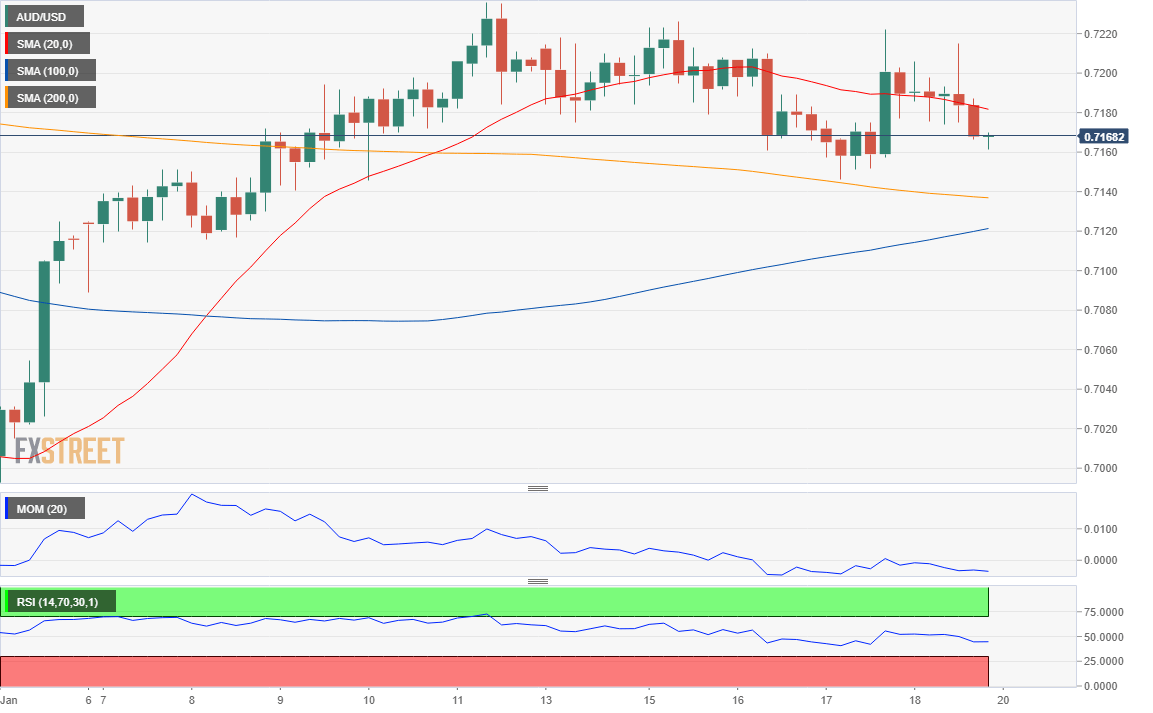 The Aussie couldn't grab momentum from positive trade war headlines, neither from solid Wall Street's advance, usually bullish factors for the commodity-related currency that this time, benefited the greenback. The AUD/USD pair spent the week hovering around the 0.7200 level, ending it with modest losses at 0.7165. Attempts to extend gains beyond the 0.7200 level were rejected on approaches to the previous weekly high of 0.7234, as bulls lost conviction on concerns about a global economic slowdown. Not even resurgent oil prices or gold ones were enough to trigger some gains, somehow indicating that the pair could turn south. There are two main factors that could determine the pair's direction at the beginning of the week: trade war headlines and Chinese Q4 GDP. US President Trump said over the weekend that progress has been made with China, although he repeated that there are no plans on lifting tariffs on imports from the Asian country. As for China's growth, the market is expecting a quarterly growth of 1.4%, while the YoY figure is foreseen at 6.4% vs. the previous 6.5%. Worse-than-expected numbers will put risk-off on the table, with the greenback then poised to extend its gains against the AUD.

The pair holds above the 61.8% retracement of its December/January decline at 0.7155, which limits the downside at the time being. The daily chart shows that the 100 DMA heads marginally lower a couple of pips above the mentioned Fibonacci level, while the 20 DMA advances around 0.7110. The Momentum indicator keeps heading north, despite being in overbought territory, although the RSI has already begun easing, now at around 52. In the 4 hours chart, the pair trades within directionless moving averages, the Momentum is directionless around its 100 level, while the RSI eases around 43, all of which skews the risk to the downside.