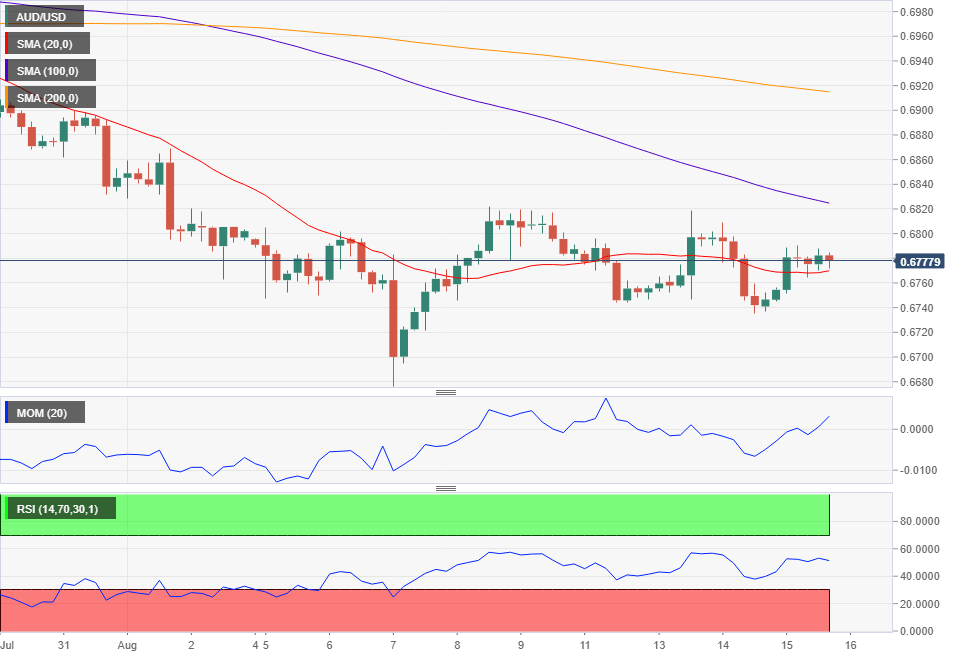 The AUD/USD pair has added roughly 30 pips this Thursday, with the Aussie getting an early boost from Australian employment data, much better-than-anticipated. According to the official release, the country added 41.1K new jobs in July, surpassing the market’s forecast of 14.0K and most of them being full-time positions, which rose by 34.5K. Also, the unemployment rate remained steady at 5.2%, despite the participation rate increased by 66.1%. The news came after wages were reported to have ticked higher in the second quarter of the year, defying signs of an economic slowdown. Despite the robust numbers, the pair remained below 0.6800. The poor performance of equities limited the upside for the AUD. Australia won’t release relevant data this Friday.

The  AUD/USD pair is heading into the Asian opening holding within familiar levels, just below its weekly opening.  The short-term picture is neutral, according to the 4 hours chart, as it’s hovering above a flat 20 SMA, but remains below a bearish 100 SMA, this last at around 0.6820. Technical indicators, in the meantime, hold directionless just above their midlines. Further recoveries will depend on a better market mood and recovery above the 0.6810/20 price zone, a strong resistance area.

The market mood remains cautiously optimistic in what seems like the "calm before the storm." The safe-haven dollar and yen losing some ground ahead of a packed day that is all related to the coronavirus pandemic. The disease has infected nearly 1.5 million people and taken the lives of nearly 89,000.