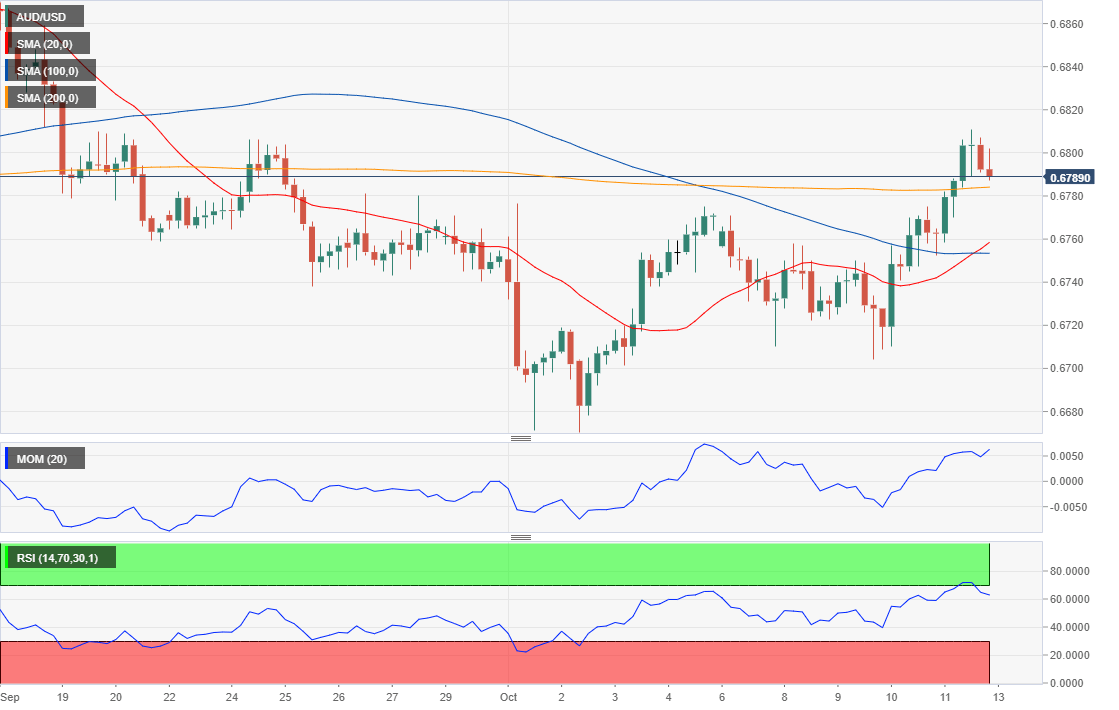 The AUD/USD pair has closed the week with gains just below the 0.6800 figure, after hitting Friday a daily high of 0.6810. The pair rallied on the back of hopes of a breakthrough in the US-China trade war. The advance, however, has been shallow when compared to other high-yielding assets, as speculation that the Reserve Bank of Australia is not done with cutting rates, kept demand limited for AUD.

The week will kick-start with China releasing September trade figures. The Trade Balance surplus is seen at $33.30B, with imports expected to have declined by 5.2% and exports by 3.0%. The Australian macroeconomic calendar has nothing to offer at the beginning of the week. In the meantime, the market keeps waiting for headlines related to trade negotiations, which have more chances of triggering relevant price movements.

The pair’s daily chart shows that it has recovered above the 23.6% retracement of its latest slump, measured between 0.7081 and 0.6670, also above a bearish 20 DMA which converges with the Fibonacci support. The 38.2% retracement is a relevant resistance at 0.6825. The same chart shows that the momentum upward is limited, as technical indicators are barely above their midlines. The chart also shows that the pair is developing a double floor figure, to be confirmed on a break above the neckline at around 0.6900. In the 4 hours chart, the pair has settled above all of its moving averages, while technical indicators are retreating modestly from overbought levels, limiting the bearish potential although falling short of suggesting additional gains ahead, at least as long as the pair remains below the mentioned 0.6825 level.