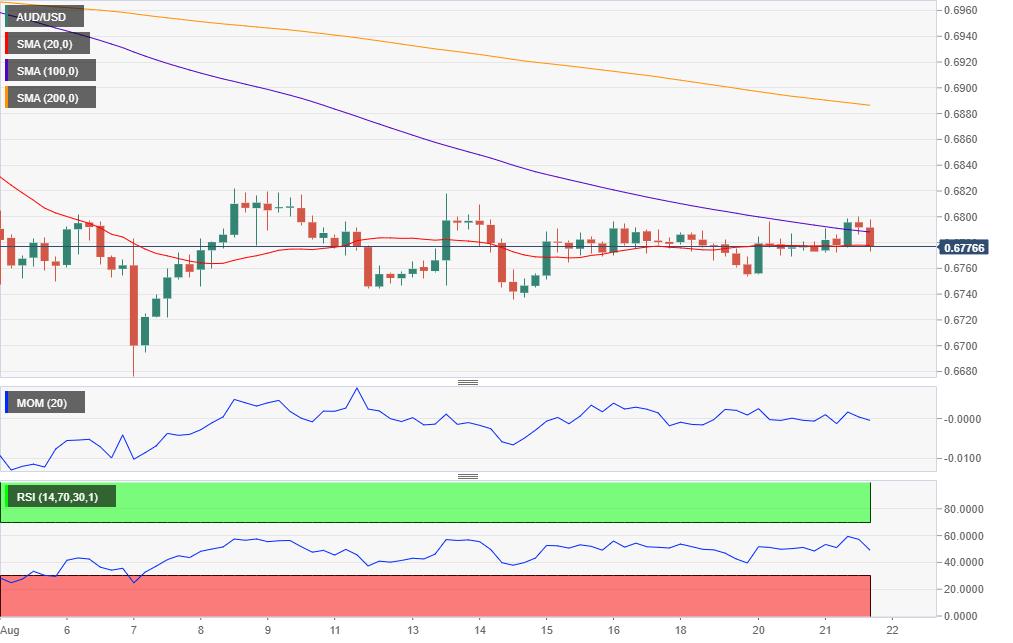 The AUD/USD pair posted a modest intraday advance, reaching a weekly high of 0.6798 but ended the day little changed at around 0.6780. The Aussie found support in the better performance of worldwide equities and local data, as Australia’s six-month annualized growth rate, according to the Westpac– Melbourne Institute Leading Index, rose from –0.09% in June to +0.05% in July, above trend for the first time since November last year. The pair trimmed gains after the FOMC Meeting Minutes ended up favoring the dollar and weighing on Wall Street, which anyway closed the day with robust gains. This Thursday, Australia will release the preliminary readings of August Services PMI and Manufacturing PMI, as measured by the Commonwealth Bank. Both numbers are seen in expansion territory, although below the final July figure.

The AUD/USD pair’s failed attempt to regain the upside left the technical picture neutral ahead of the Asian opening. In the 4 hours chart, technical indicators gave up all the ground they gained, now heading lower around their midlines. The price briefly surpassed a bearish 100 SMA, which holds a handful of pips above a horizontal 20 SMA. The pair has been seesawing around this last ever since the week started. Overall, the risk remains skewed to the downside, although to confirm a downward extension, the pair would need to break below 0.6740.