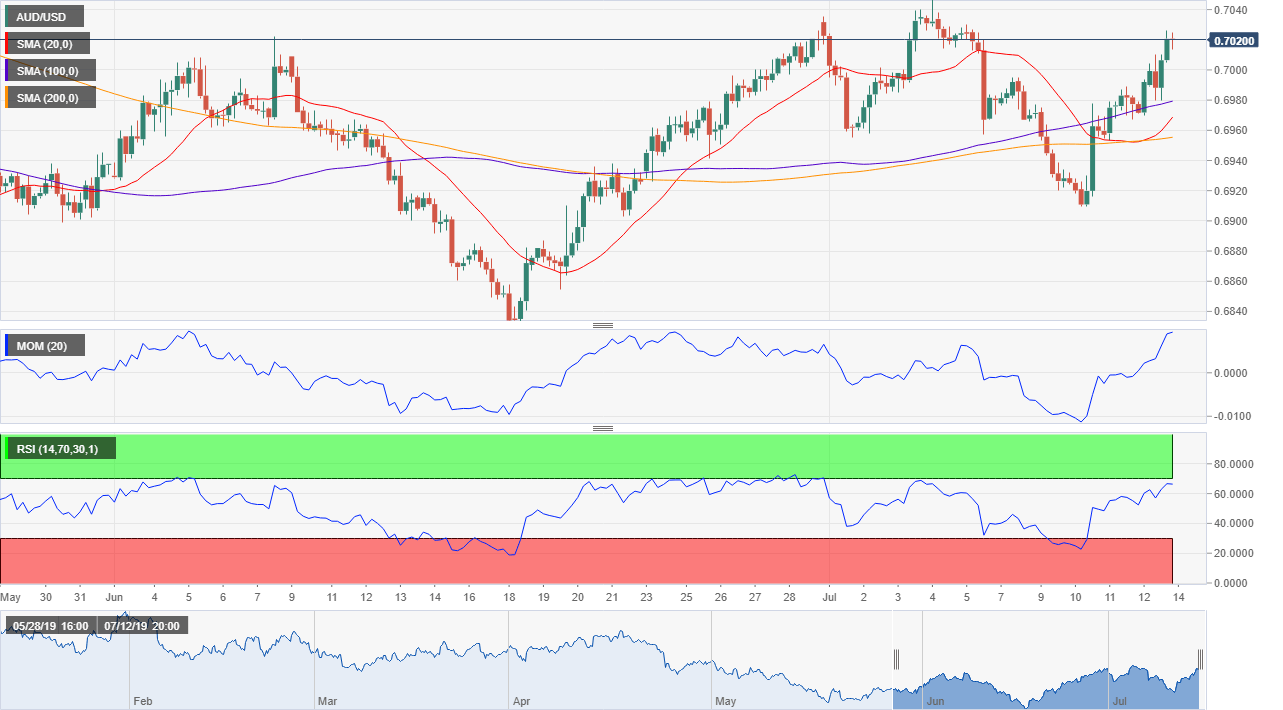 The AUD/USD pair got boosted by the positive momentum of Wall Street, ending the week at 0.7020, up for a third consecutive day. Chinese trade data released Friday underpinned the Aussie, as despite exports and imports declined in June, the country’s trade surplus was $50.98 billion, up from $41.65 billion in May. China’s exports in dollar terms fell by 1.3% while imports were down by 7.3%, as the country battles to contain the effects of the trade war launched by the US. China’s trade surplus with the U.S. was $29.92 billion in June, up from $26.89 in May, showing that tariffs are not working as expected, with Beijing baring quite well with them.

Australia won’t release relevant data at the beginning of the week, but Chinese calendar will be quite busy, and will likely determine market’s direction, as the country will release, among others, Q2 GDP, seen at 6.2% vs. the previous 6.4%. Other relevant figures will be June Retail Sales, seen up by 8.3%, and Industrial Production predicted to have increased by 5.2% YoY.

The AUD/USD pair trimmed most of the previous weekly loses, but failed to confirm a bullish breakout, as ever since last May, it has been unable to extend gains when reaching the current price zone. In the daily chart, the rally stalled around a mild bearish 100 DMA, while technical indicators stand within positive ground, heading higher with uneven strength. Shorter term, and according to the 4 hours chart, the pair settled above all of its moving averages, which maintain their bullish slopes, although technical indicators are giving signs of upward exhaustion within overbought levels. The pair needs to run through 0.7050 to be able to extend its gains toward the 0.7100 region.