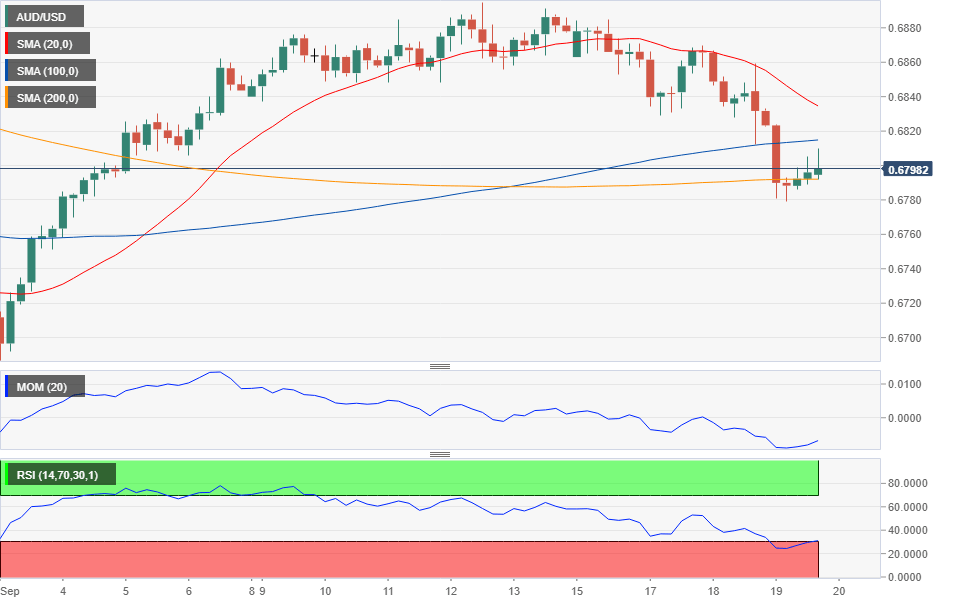 The Australian dollar fell against the greenback overnight, hitting a daily low of 0.6779 on the back of a mixed employment report and the RBA Bulletin. According to the official release, the country added 34.7K new jobs in August, although the economy added 50.2K part-time jobs and lost 15.5K positions. The unemployment rate ticked higher to 5.3%, as the participation rate also rose to 66.2%. The RBA document alongside the higher unemployment rate fueled speculation that the Reserve Bank of Australia could cut interest rates further as soon as next month. The decline continued early US session, although the pair managed to rebound to the current 0.6800 price zone on the back of easing demand for the greenback. Australia won’t release relevant data this Friday. Adding pressure on the pair, Trump’s adviser on China, Michael Pillsbury, said that President Trump could escalate the trade war if a deal is not reached soon.

The AUD/USD pair is trading around the 0.6800 figure, maintaining a negative stance in the short-term, as, in the 4 hours chart, the 20 SMA is heading sharply lower well above the current level, while it´s now developing also below its 100 SMA. Technical indicators in the mentioned chart have recovered from oversold readings, but lost strength upward within negative levels, in line with another leg lower, to be confirmed on a break below 0.6770.