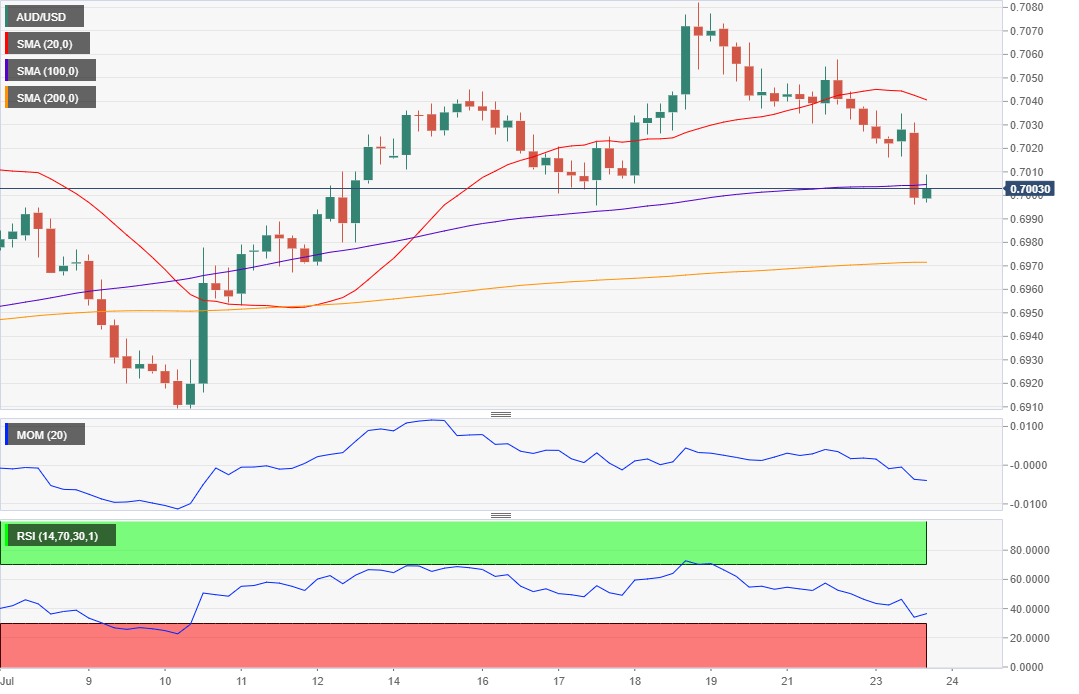 The AUD/USD pair extended its weekly decline to 0.6995, finishing the US session around the 0.7000 figure. The FX board was all about the dollar’s strength, and the Aussie made no exception, easing despite a better market mood. Weighing on the commodity-linked currency, RBA’s Assistant Governor Kent spoke at the beginning of the day, saying that the central bank was ready to adjust its policy to meet their set targets if needed, although he added that the likelihood of the bank introducing a quantitative easing program in the country was very low. The country has nothing scheduled during the upcoming Asian session.

The AUD/USD pair has fallen for a third consecutive day, offering a short-term bearish stance according to intraday technical readings. In the 4 hours chart, the pair has extended its decline below a now bearish 20 SMA, now hovering around a flat 100 SMA. Technical indicators in the mentioned chart remain near daily lows, having pared their declines but still supporting a downward extension ahead, particularly if the pair accelerates below the daily low.