When America's largest payrolls provider publishes employment data ahead of critical Nonfarm Payrolls, the market listen – even the correlation is weak. Federal Reserve Chair Jerome Powell has caused uncertainty in markets by refraining from a commitment to tapering down bond buys, leaving incoming data to determine the next moves. That means high volatility.

There are three reasons to expect Powell to be vindicated with his cautious approach – and to foresee a downbeat ADP NFP.

1) More misses than beats. In the past year, the consensus of economists missed estimates on eight out of 12 occasions – two-thirds. Moreover, the first worse-than-expected figure after a better-than-estimated one was always followed by a second consecutive disappointment. Will this pattern repeat itself? 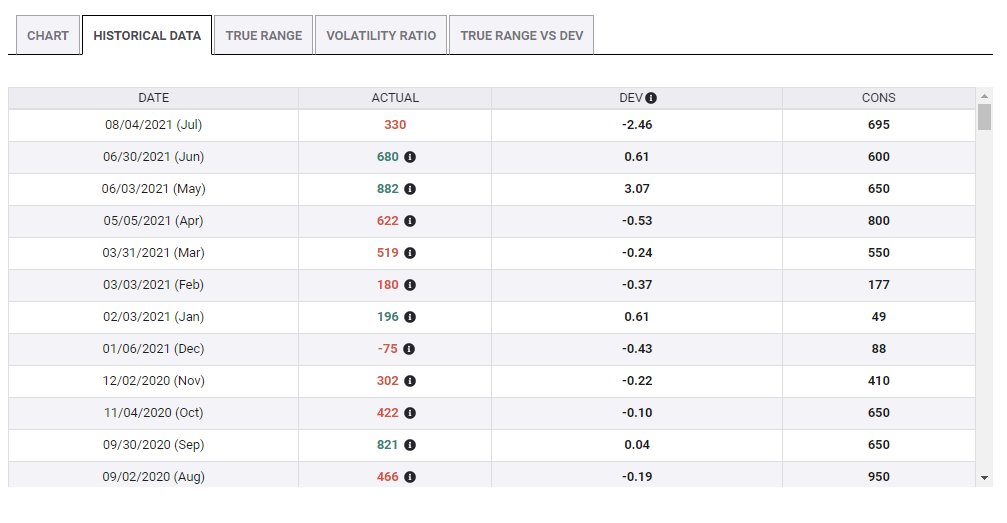 2) High bar: The economic calendar is pointing to an increase of 613,000 private-sector jobs in August after only 330,000 in July. That is a high bar to cross, increasing the chances of an under-delivery after overpromising.

The Delta virus variant has been spreading in the US for many months but has taken a more massive toll in hospitalizations and deaths only in August. That has sunk consumer confidence and probably caused less shopping, less hiring by businesses and also reluctance to return to work. While there are initial signs that Delta is reaching its peak, any resumption in hiring may wait until September or later on.

Overall, there seem to be more chances than not. In that case, the dollar could fall – at least temporarily, before another critical data point appears.

See ISM Manufacturing PMI Preview: Why it could be the trigger for a big greenback comeback