The price of west texas intermediate has popped up from consolidation to form a new support structure from which could be the key to a higher probability trade setup.

Earlier in the month, the following article defined the bullish case, albeit in a premature trade setup that resulted in a breakeven outcome due to risk management rules.

In anticipation of another opportunity which is starting to unravel at the time of writing, the article identified the conditions for which to wait for.

Let's remind ourselves of the market structure from a top-down analysis so that we can identify exactly where the highest probability trade setup is that can take some profit out of a bullish market.

The overall bearish outlook remains on the monthly and weekly charts.

However, there is a current correction in play on the weekly chart from which there could still be some room to get involved with prior to the next wave to the downside commences.

The weekly chart shows that the price is correcting to pick up some liquidity in what will most probably result in another extension to the downside.

As can be seen in the daily chart, the price is already well underway in its correction, confirming the prior analysis in the previous article.

Chart from the previous analysis: 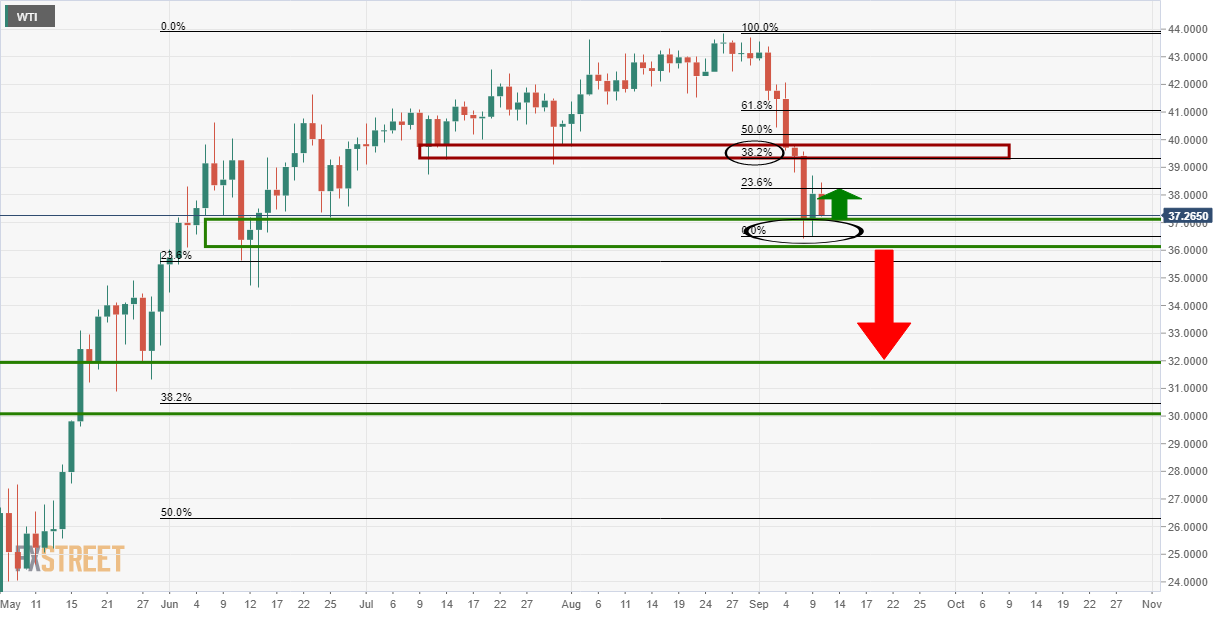 The latest price action is confirming the trade setup, but now it is a matter of timing and where to target.

3 (I) is the highest probable target being the 38.2% Fibonacci that meets the first old support structure.

3(ii) is the next old support structure that aligns with a 50% mean reversion of the same bearish daily series of daily bearish candles.

As it stands, the price has bolted so we should expect a correction from where a buy limit order could be placed form where bulls could catch the next surge towards either or both targets on a lower time frame.

The 4-hour time frame would be ideal.

In the prior analysis, we identified MACD headed towards a bullish zero line cross and that or something similar in an alternative momentum indicator, is what we want to see before committing once again to the trade: 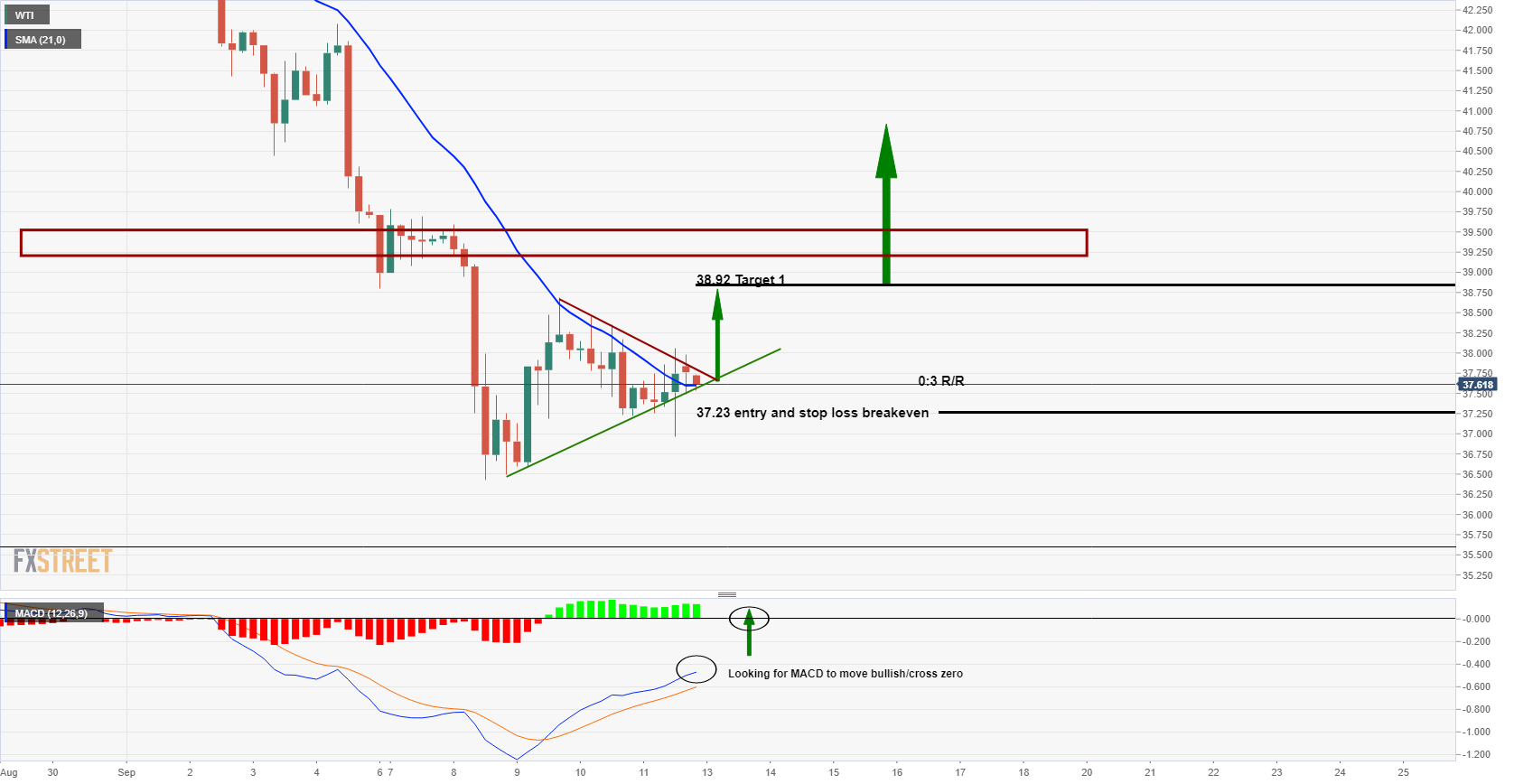 Price action updates will be displayed in the next article that will be posted here as price actioned unfolds.

MACD has proven that the market is indeed in a bullish environment and has triggered the placement od a buy-limit order:

You can follow the story and trade progress here.