A weaker USD boosted its appeal of commodities among investors and for oil in particular, negotiations between the United States to the Iran nuclear accord have been suspended following the election of hardliner Ebrahim Raisi in Iran's presidential elections.

Meanwhile, a Bloomberg survey that was released has suggested that the market is expecting stockpiles fell by 4,386kbbls last week.

''Data-provider Genscape reported a 2.6mbbl drop in stockpiles at Cushing, Oklahoma. Inventories there are already at their lowest level since March 2020. This is being driven by strong travel data,'' analysts at ANZ bank said.

The combination of demand expectations and the prospects whereby otherwise, successful talks could see the return of a million barrels per day or more of Iranian exports to the world markets, has supported the price at the start of the week.

Technically, bulls have moved in on the dynamic counter trendline which has subsequently buckled.

In doing so, the price is above the old resistance of 72.96.

This old resistance would now be expected to act as support.

On the upside, bulls will have their eyes on the psychological $75 level. On the downside, another test of 70 opens risk to the early summer highs.

Ethereum price reached the initial price target at the union of the 200-week SMA with the 2020 ascending trend line and the 50-day SMA. Today’s weakness is an obvious outcome and follows a bearish momentum divergence on the four-hour chart. 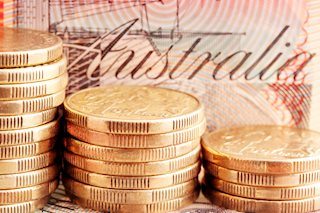