The yen strengthened in late London as the yield curves flattened led by a strong rally in US medium and longer-dated securities as US inflation expectations fell back sharply in the aftermath of the Federal Open Market Committee meeting. 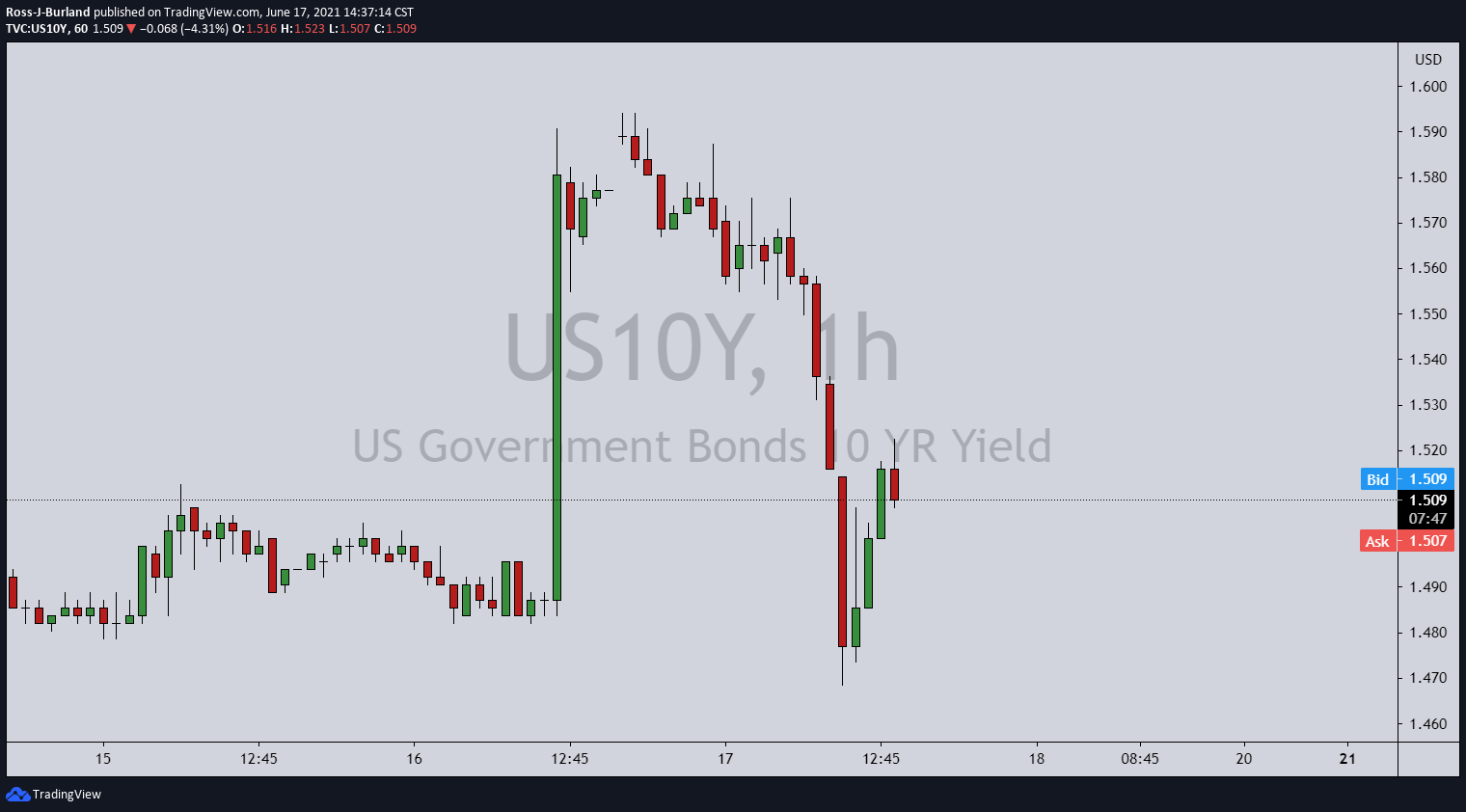 The yield on the US 30-year bond fell to its lowest level since late February.

''The market is clearly of the conviction that the rise in inflation is transitory and that the Fed dot plot implies a flatter curve,'' analysts at ANZ bank explained.

''Equities were mixed amid a firmer policy rate outlook and flattening curves.''

Casting minds back to the latest data reported by CFTC earlier this week that covered the release of May’s jobs data in the US, where a below-consensus headline number prompted markets to factor in more time before the Fed could start to turn less dovish, we are seeing the same reaction in today's moves.

This had lead to the improvement in JPY positioning (from -29% to -23% of open interest).

''Indeed, the rise in US yields in the first months of 2021 was the main trigger of a sharp increase in JPY net-short positions, as markets likely frontloaded a more extended bond underperformance,'' analysts at Rabobank explained.

''JPY remains the most oversold currency in G10, with a net positioning of -23% of open interest, having recorded a -48% of open interest drop since the start of the year. This suggests there is still room for the currency to benefit from further short-squeezing.''

For today, Japan’s May Consumer Price Index data are released at and Bank of Japan’s policy announcement for June is also due.

SafeMoon price nears lift-off, as SAFEMOON possesses the conditions for a big move

Safemoon price has been coiling within a descending triangle pattern since the May crash, highlighted by no sustainable rallies and continuous support along the May 19 low of $0.00000261. The downward trajectory has kept SAFEMOON investors on the defensive.