As per the prior analysis, USD/JPY Price Analysis: Bears about to pounce as US dollar meets 4-hour resistance, the yen continued to defy the bears with the added fuel on the back of fundamentals.

News that the Ministry of Finance (MoF) intervened for the first time since 1998 has sent the pair well on its way to breaking a critical daily structure as follows:

Prior verbal intervention of the Japanese officials had sparked a bid in the yen and helped to see a harmonic pattern in the USD/JPY play out resulting in a continuation as the week progresses. 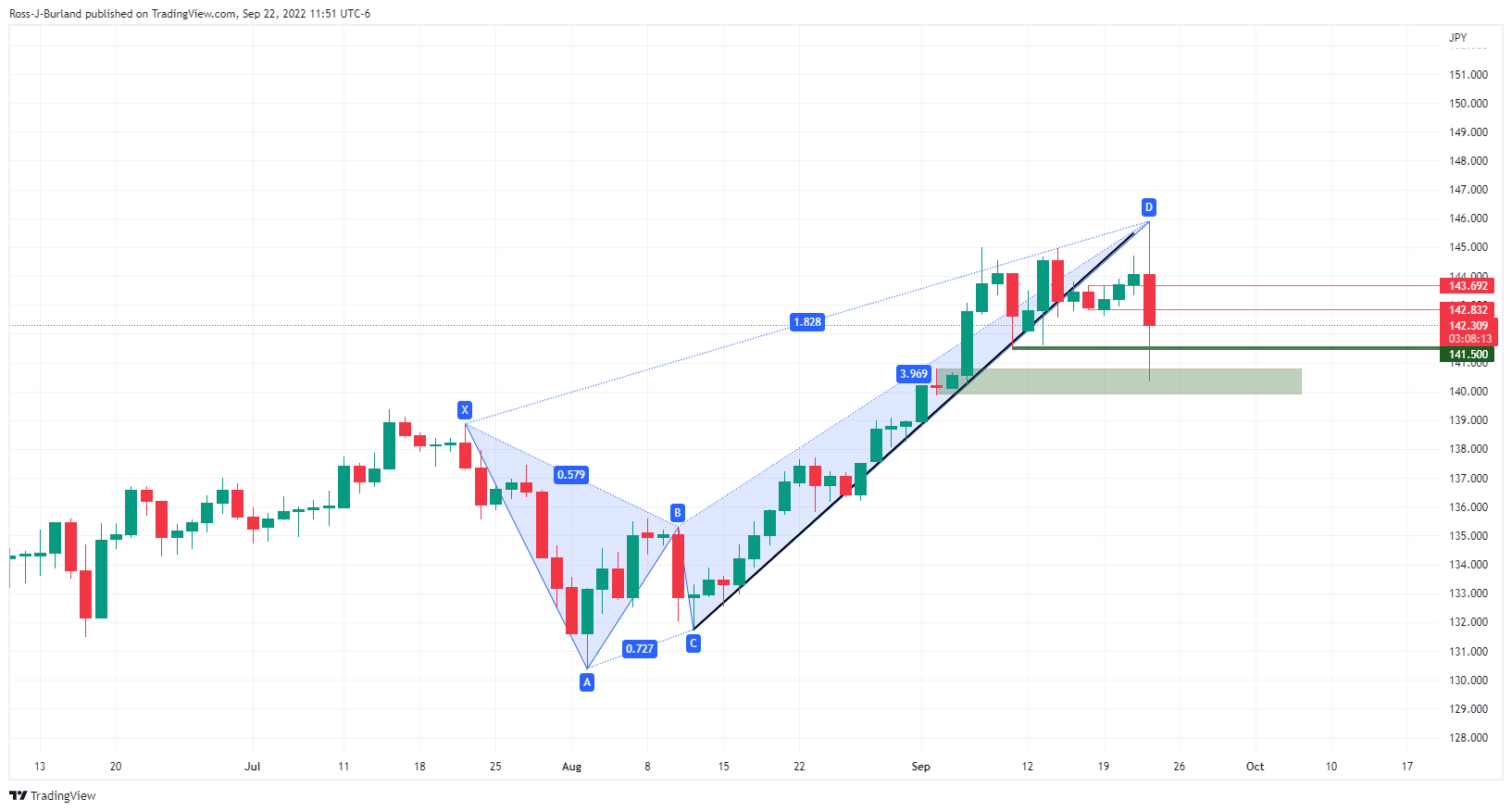 As illustrated, the pair has extended its decline and embarks on a break of the 140.80 support. 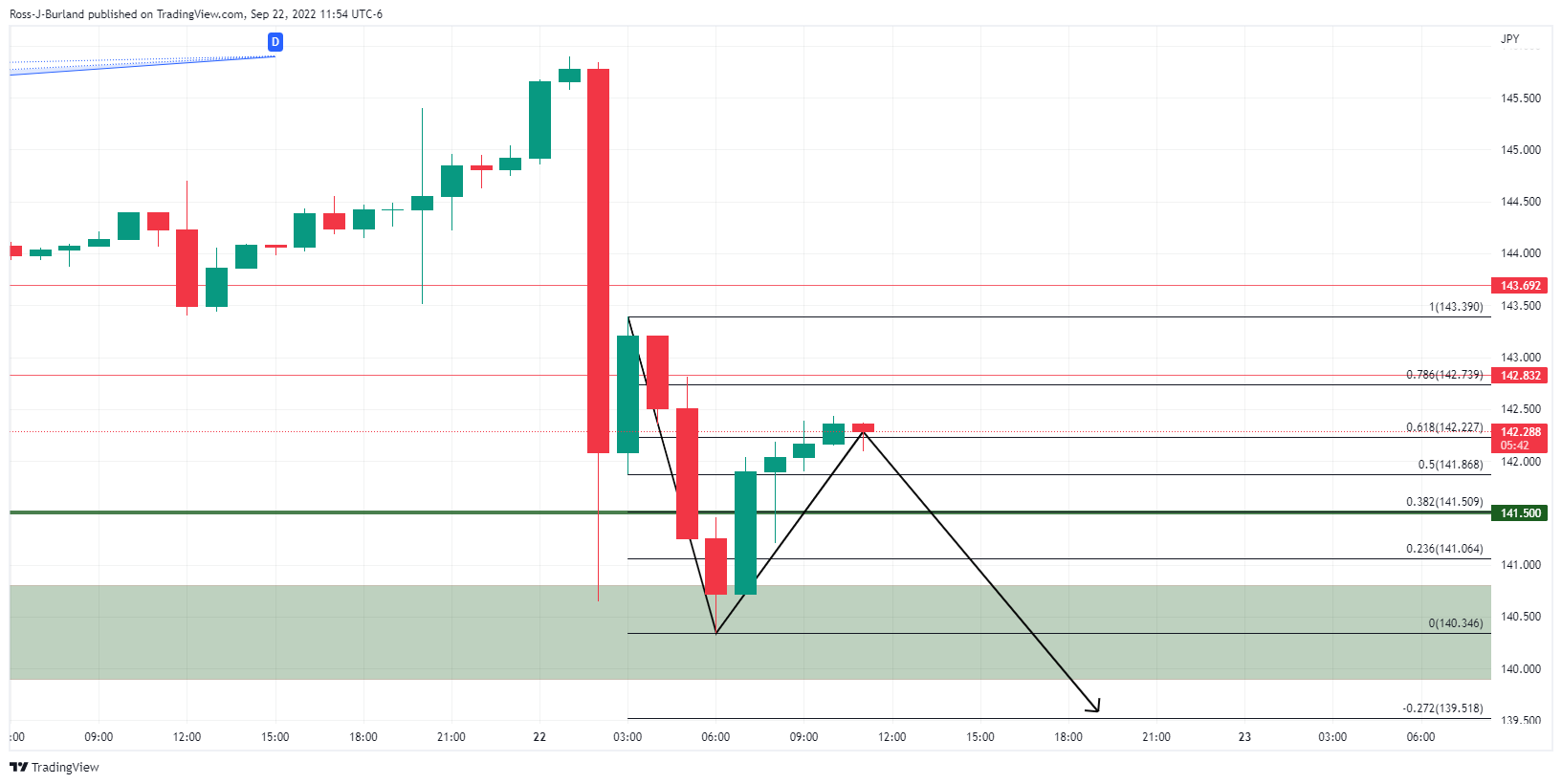 Meanwhile, the hourly charts show that the price is decelerating in a creeping correction that could now see the bears move in at a critical level of resistance near a 61.8% ratio around 142.20. Should the bears commit, a break below 140.50 opens prospects of a downside continuation to take out 140.00.