As per the prior analysis, post US inflation data on Tuesday, USD/JPY pops back into intervention territory at a session high, the market has acted accordingly as follows: 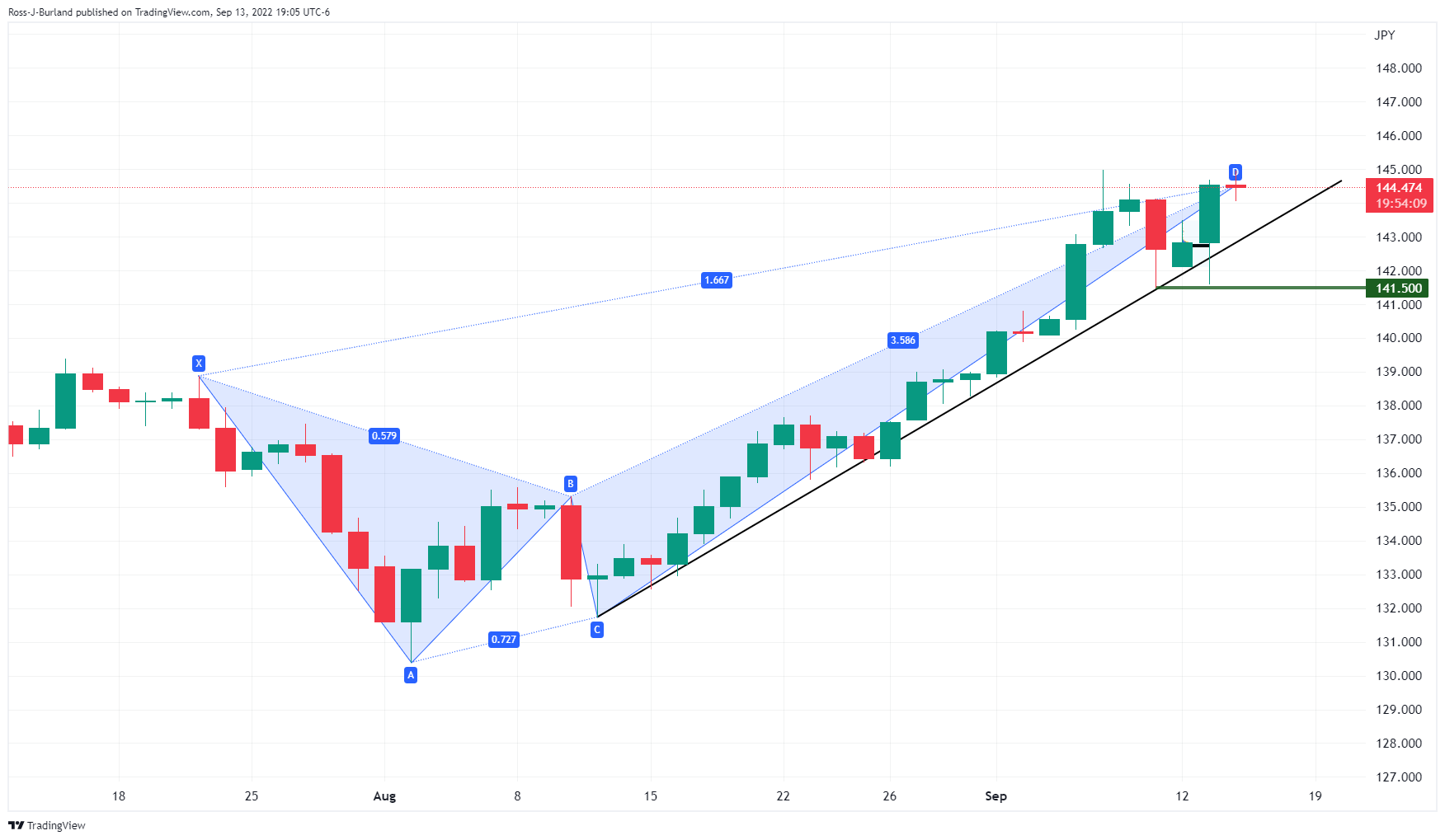 It was stated that the harmonic pattern was bearish n the daily chart.

A break of 141.50 will still be a key development in the days ahead, should that eventuate.

It also noted that the US dollar was on heat right now so attempting to pick a top would have been futile, but monitoring for a deceleration in the rally would go a long way in determining the trajectory for USD/JPY.

The verbal intervention of the Japanese officials sparked a bid in the yen and helped to see the harmonic pattern in the USD/JPY play out as follows:

The price has pierced the trendline support, depending on where it is drawn, but in this case, the bears are taking on this trendline and there could be more in store for the days ahead.

As for the DXY, the price analysis from yesterday was as follows: 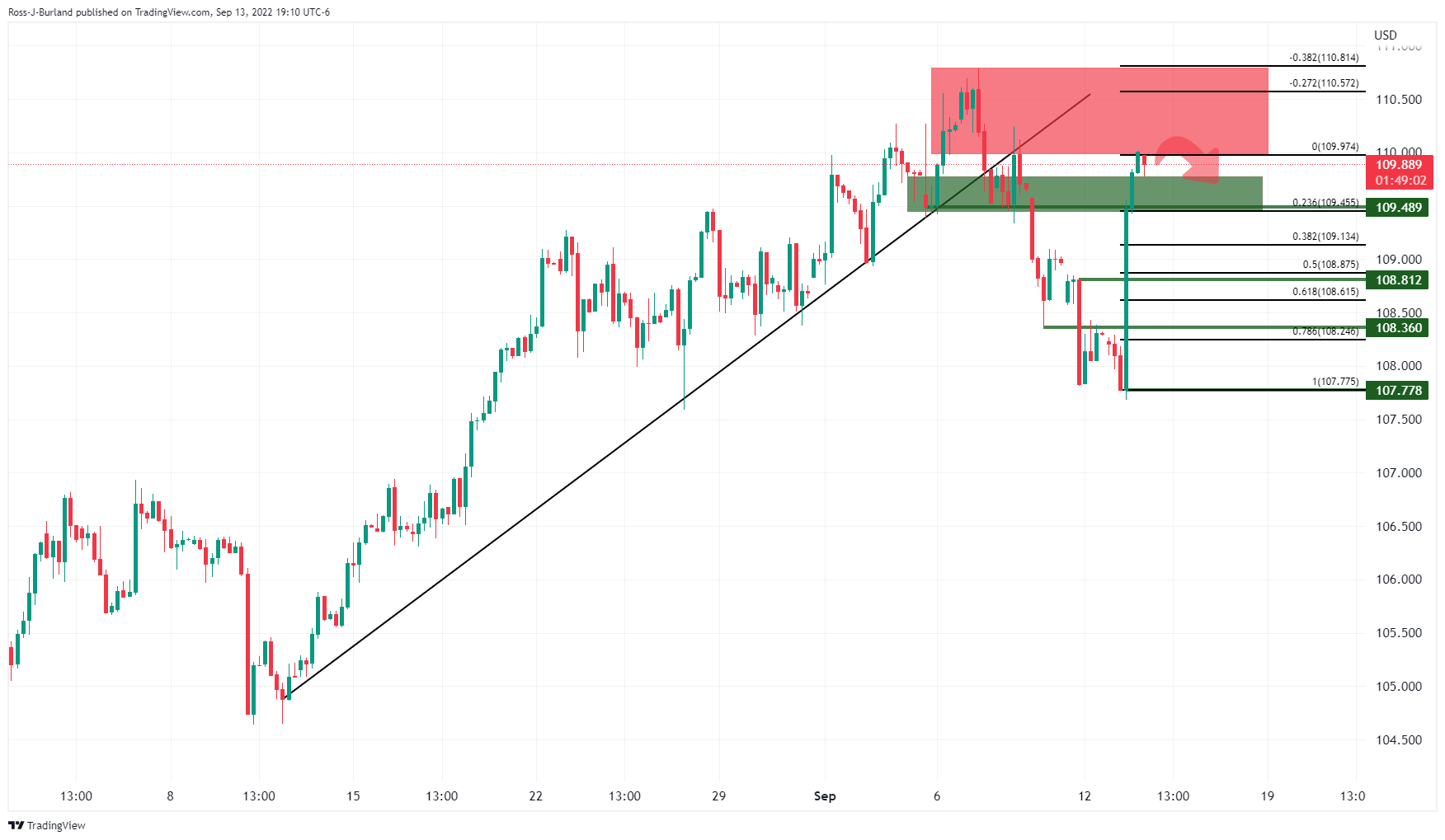 The chart above illustrated the market structure and key support levels should the US dollar take a turn for the worst in the coming days which could prompt a buying camping in the yen.

The price did indeed fall and if the bears commit again at the neckline of this M-formation, we should see more of the same from the yen in the coming sessions.