The USD/CHF grinds higher but fails to break above Friday’s peak at 0.9279 as the pair probes an eleven-month-old downslope trendline. At press time, the USD/CHF is trading at 0.9266 during the North American session.

Of late, an improved market sentiment, as portrayed by European and US equities, lifted the USD/CHF pair. The USD/CHF was about to break below the 50-hour simple moving average (SMA), but a positive tone in the markets, alongside renewed demand for the greenback, lifted the pair back up. Nevertheless, it is not outside the woods unless the USD/CHF reclaims the 0.9280 area.

The USD/CHF bias is neutral-upwards. Its daily chart depicts a subsequent series of higher highs/lows since the beginning of 2022. March 31 dip towards the 200-day moving average (DMA) at 0.9209 was rejected, forming a “spinning top” candlestick, meaning failure to commit between buyers/sellers. 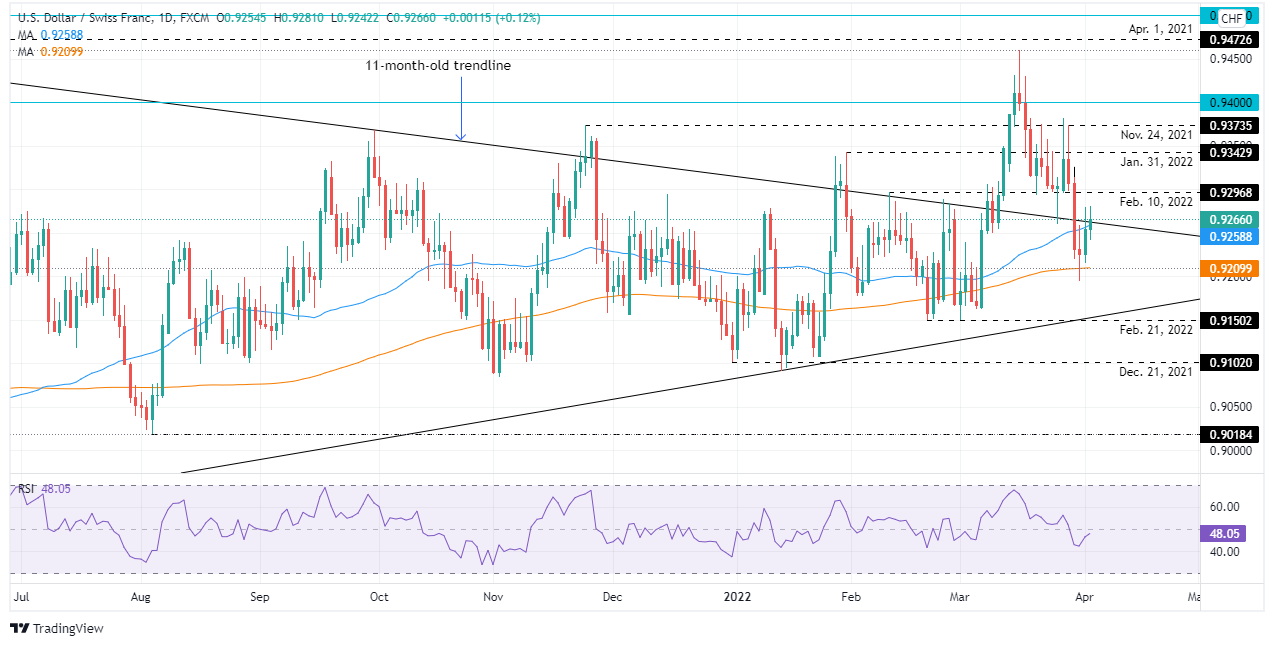 EUR/USD dribbles around a two-week low as oversold RSI conditions challenge further downside during Thursday’s inactive Asian session. That said, the major currency pair takes rounds to 1.0450-40 at the latest.