The USD/CHF climbs slightly after hitting a daily low of 0.9192 and reclaims the 0.9200 figure in the mid-North American session. Nevertheless, the USD/CHF surrendered some of its earlier gains once it failed to stay above the 20-day Exponential Moving Average (EMA). At the time of writing, the USD/CHF is trading at 0.9228.

The daily chart shows that the USD/CHF remains neutral to downward biased. It was further cemented by the USD/CHF pair, which after reaching a daily high of 0.9297, it was unable to stay above the 20-day EMA at 0.9248. The USD/CHF retreated further but persisted in positive territory.

If the USD/CHF registers a daily close around Tuesday’s open, that will form a doji, which could exacerbate a resumption of the downtrend, posing a threat to the YTD low of 0.9091. Nevertheless, on its way south, the USD/CHF would find some hurdles, like the 0.9150 February 21 daily low, followed by the 0.9100 mark, and then the YTD low. 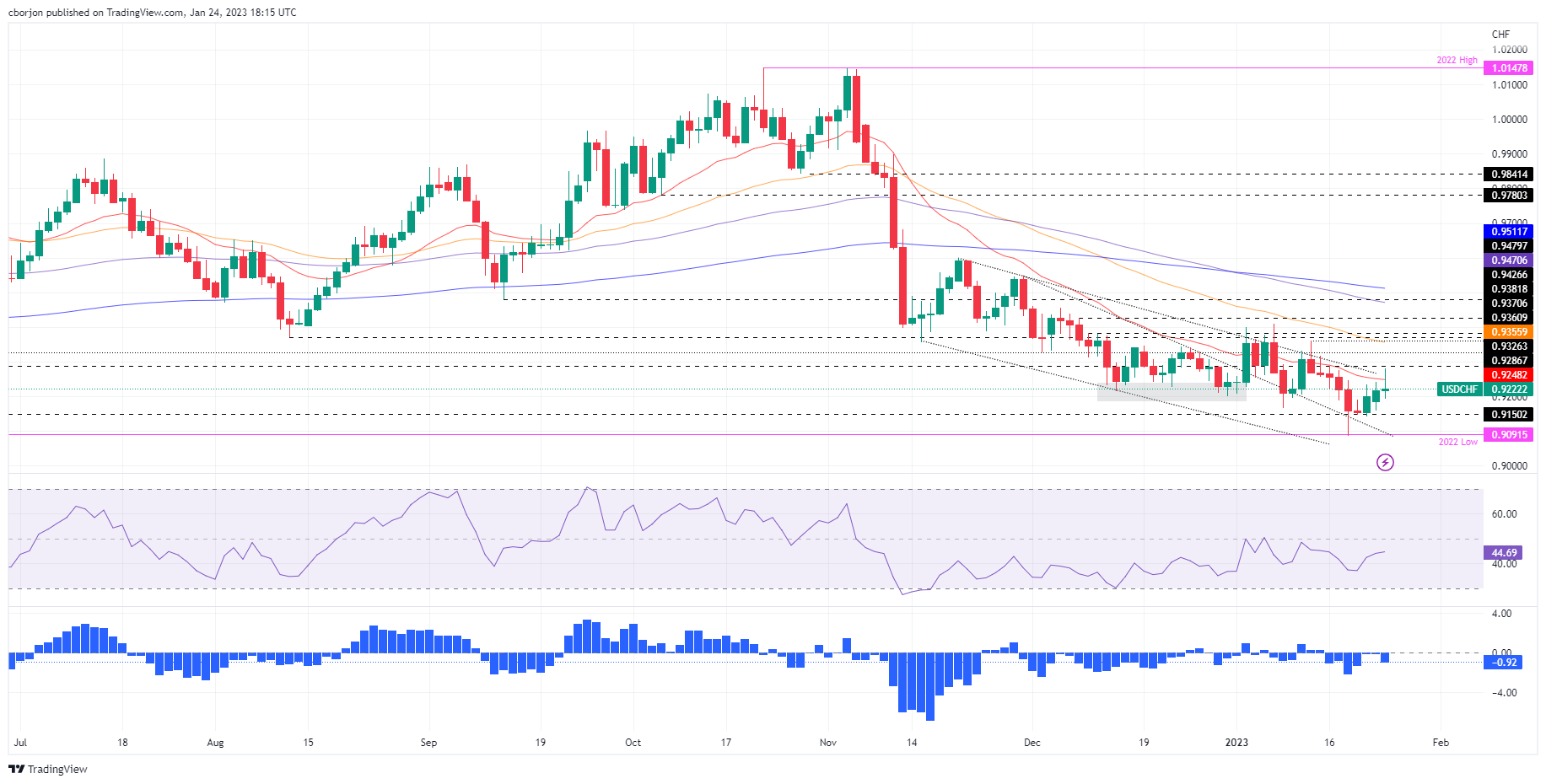