The USD/CHF extended its losses for two-straight days, courtesy of a gloomy economic outlook in the United States (US), as manufacturing activity shrank while the US Federal Reserve (Fed) tightened monetary conditions. Therefore, the US Dollar (USD) weakened, contrarily to the Swiss Franc (CHF). At the time of writing, the USD/CHF is trading at 0.9366, beneath its opening price by 0.92%.

The USD/CHF is dropping sharply, as shown in the daily chart. The 170-pip fall spurred by the Federal Reserve, slowing the speed of rate hikes, exacerbated the fall from around 0.9530s. Even though the USD/CHF dived sharply, oscillators, like the 9-period Rate of Change (ROC) and the Relative Strength Index (RSI) showed that sellers are gathering momentum, cementing the case for a bearish bias.

As an alternate scenario, the USD/CHF first resistance would be 0.9400. Break above will pave the way towards the 20-day Exponential Movin Average (EMA) at 0.9545, but on its way up, the major needs to surpass the psychological 0.9500. 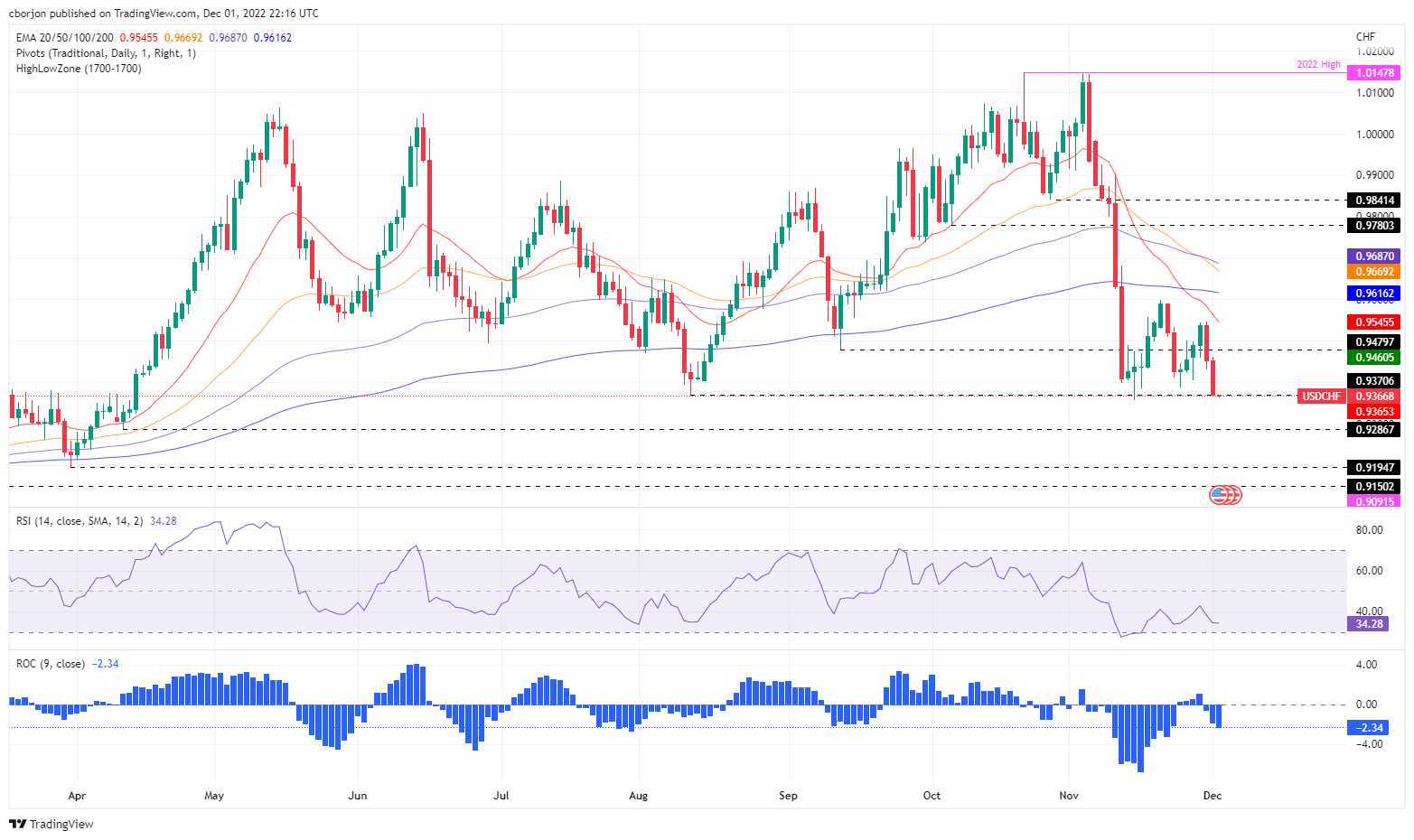