The USD/CHF pair closed in the negative territory for five straight days and lost more than 100 pips last week. On Monday, the pair stays in a consolidation phase following the data releases from Switzerland. As of writing, USD/CHF was flat on the day at 0.9053.

The data from Switzerland showed on Monday that the Consumer Price Index (CPI) rose to 0.7% on a yearly basis in July from 0.6% in June. This reading matched the market expectation. On a negative note, annual Retail Sales grew by 0.1% in June, down from 2.8% expansion registered in May.

Later in the session, the IHS Markit will release the final Manufacturing PMI for July. More importantly, the ISM's Manufacturing PMI will be watched closely by market participants.  Investors expect the headline PMI to show that the business activity in the manufacturing sector continued to expand at a robust pace. However, the Prices Paid Index, which touched a series high of 91.2 in June, will be the key component of the survey.

Ahead of these data, the US Dollar Index is staying relatively quiet around 92.00. Meanwhile, Wall Street's main indexes remain on track to open in the positive territory, suggesting that the greenback could have a tough time gathering strength if risk flows continue to dominate the markets.

Gold prices touch the lowest level in a month and continue with its previous two week’s downside momentum. The biggest single day fall of $30  was observed on Thursday following ...

No Lehman risk with Evergrande but why is the market still worried? 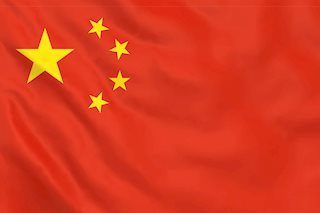 The Hong Kong-based media outlet, The Standard, shrugs off another Lehman Brothers-like crisis from the troubled Chinese property developer Evergrande after speculations last week over ...