The chart below chart illustrates the key levels that include the opening hour's range of the New York session that could see the price drawn to in the coming sessions for a retest where the lows of the range meet a 38.2% Fibonacci retracement near 1.3660. 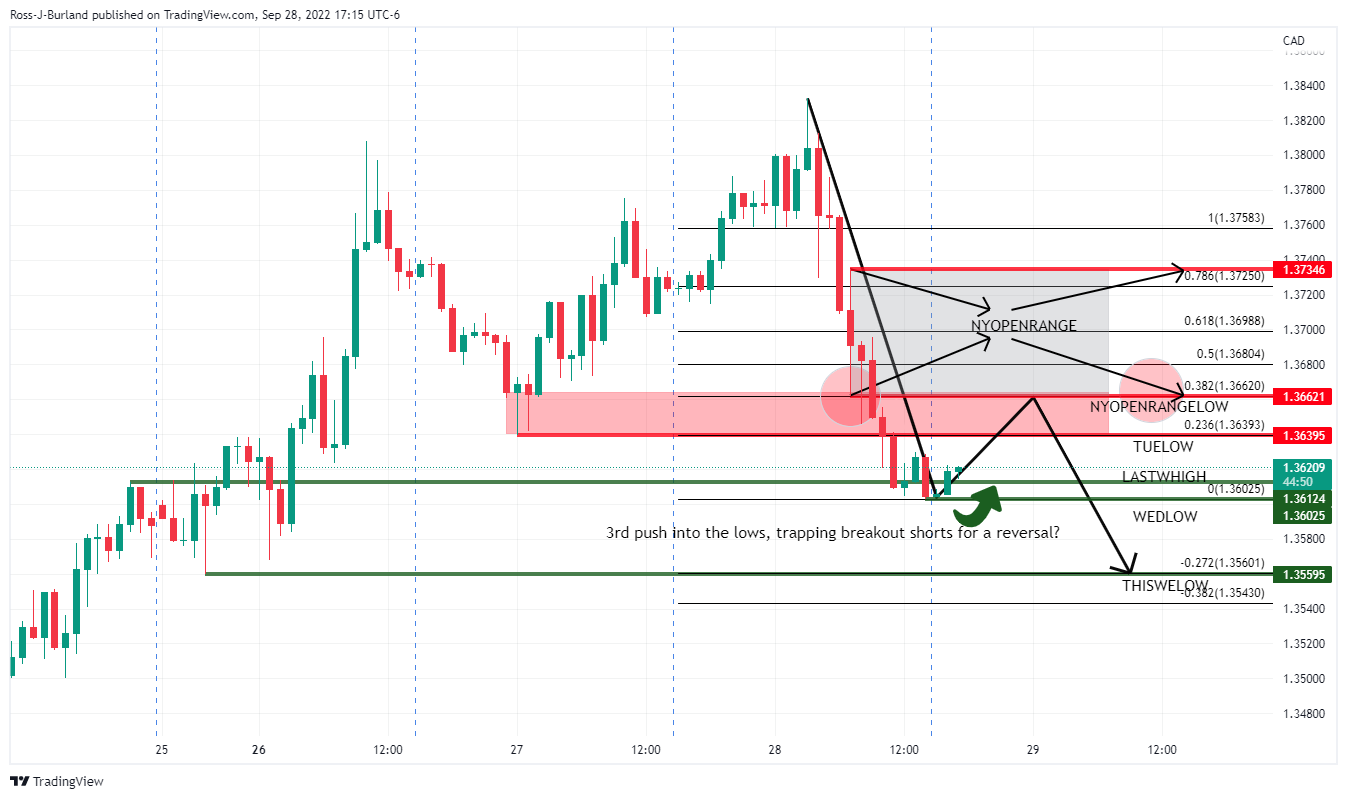 On the way there, trapping breakout shorts, the price will need to break back above Tuesday's low of 1.3640. If this area were to hold, then there will be prospects of a deeper move through last week's high again of 1.3612 and Wednesday's low of 1.3602 to retest this week's low of 1.3559 that could be broken should month-end flows accelerate the squeeze on long dollar positions. 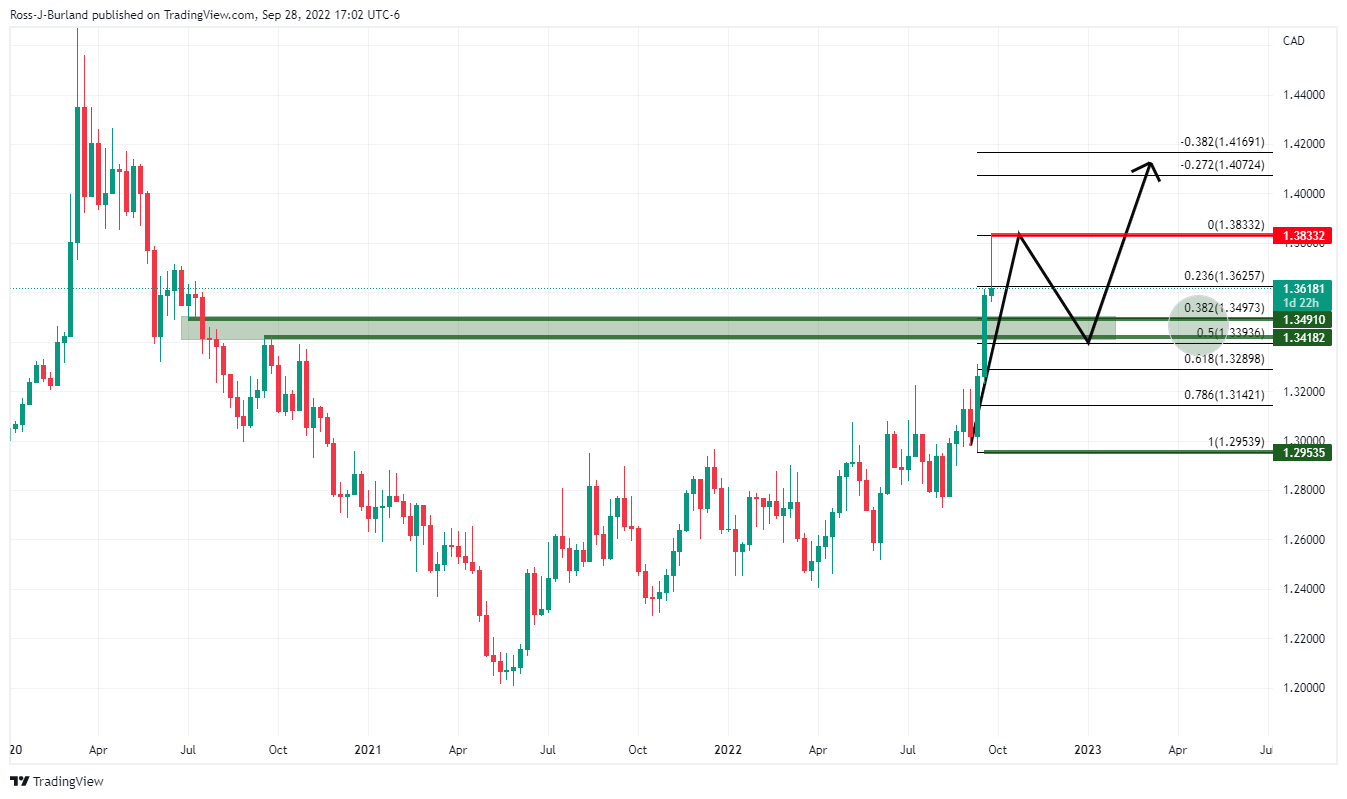 If the price continues to deteriorate, as per the above thesis, then a 38.2% Fibonacci correction of the weekly bullish impulse aligns with around 1.35 the figure. This could be a feasible target should this week's low, so far, give out for a fresh low for the current week. Following the shake-out, there could be prospects of a surge higher again if markets commit to the US dollar again as fundamentals once again take over.