Gold could be close to bottoming out and may soon resume the broader uptrend, as real or inflation-adjusted yields look set to dive deeper into the negative territory.

According to the chart tweeted by Crescat Capital Portfolio Manager Otavia Costa, the US five-year real or inflation-adjusted yield (inverted) has breached a trendline, marking an end of a minor consolidation and resumption of the slide from 0.5 to -1.41% seen in the five months to August.

As such, demand for gold, a store of value asset, could again spike. However, according to Kyle Rodda, Market Analyst at IG Australia, gold's next move depends on flows in and out of exchange-traded-funds (ETFs).

"Given the initial inflows and how sentiment can separate price from any notion of fundamentals, there could be more downside for gold from here," Rodda tweeted while adding that the yellow metal is a good long-term bet. 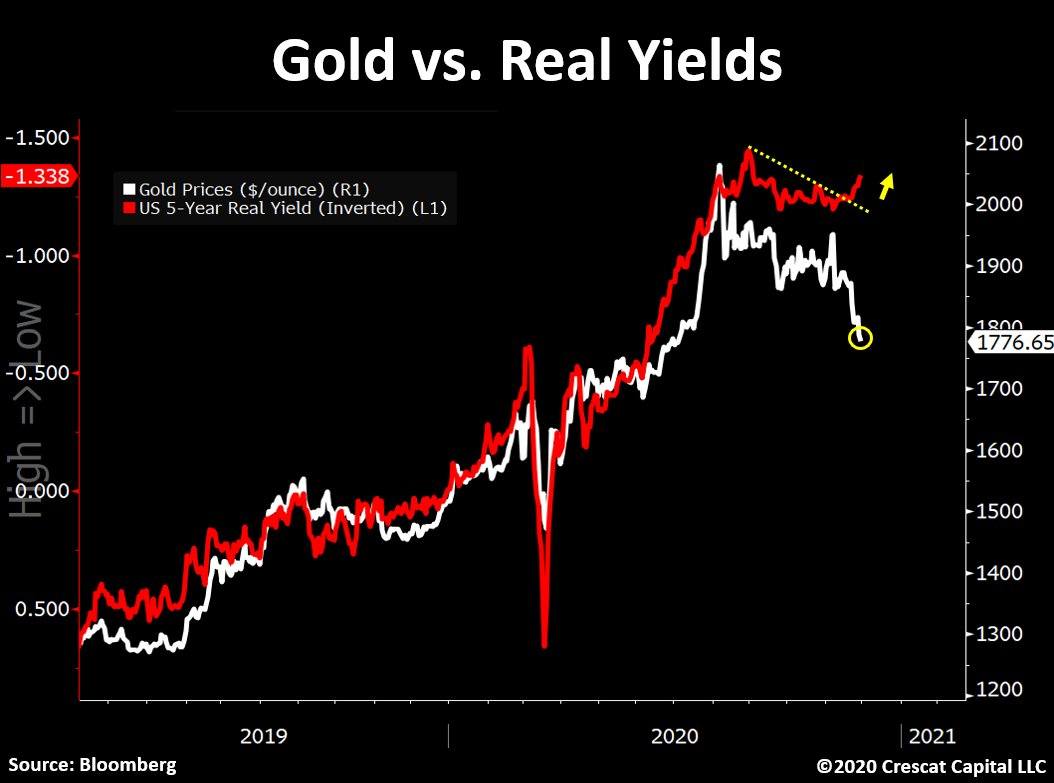